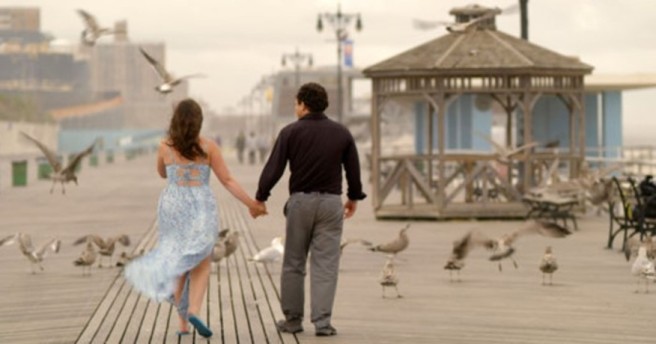 In some ways, this remarkable romantic comedy feels conventional. David is rich; Sarah is poor. She’s upbeat; he’s sour. His mother disapproves. But here’s the big difference: She excepts her autism, and he doesn’t except his. That’s going to make for a rocky relationship. It’s worth noting that most of the actors, including those playing David and Sarah (Brandon Polansky and Samantha Elisofon), have mental disabilities very similar to their characters. Rachel Israel created a funny and warm comedy that may open your eyes to the people around you. Read my Jewish Film Festival report.

I saw Stanley Kubrick’s long period piece almost immediately after it opened in 1975. I was 21 back then, and a huge Kubrick fan. I hated it. It had a lot to do with how I lost my love for Stanley Kubrick. I haven’t seen it since. However, in recent years, a lot of people have changed their minds about the film. I can’t attend Wednesday night, but I may give it a another chance some day. On a Ryan O’Neal double bill with Paper Moon (which starts at 6:00). Note: I erroneously listed the date for this screening as Wednesday; I have corrected the error. 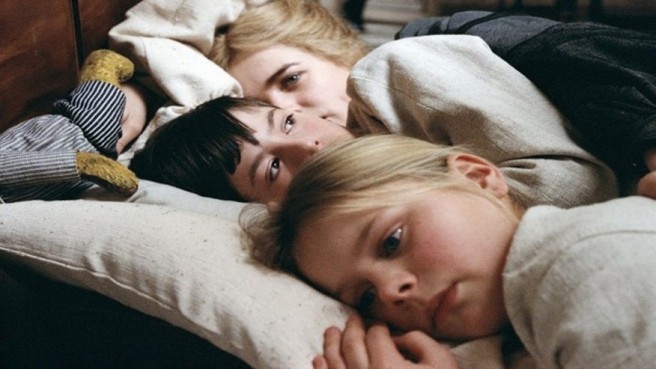 Ingmar Berman intended this to be his last film. It wasn’t, but it turned out to be one of his best. The title characters are young, early 20th-century children – brother and sister. Their wonderful life is destroyed when their father dies and their mother marries an extremely strict, Calvinist bishop. For Fanny and even more for the imaginative Alexander, life becomes a living hell. The PFA will screen the 188-minute theatrical cut; later this year, they will screen the 312-hour miniseries version. Read my Blu-ray review. Part of the series Bergman 100: The Silence of God. 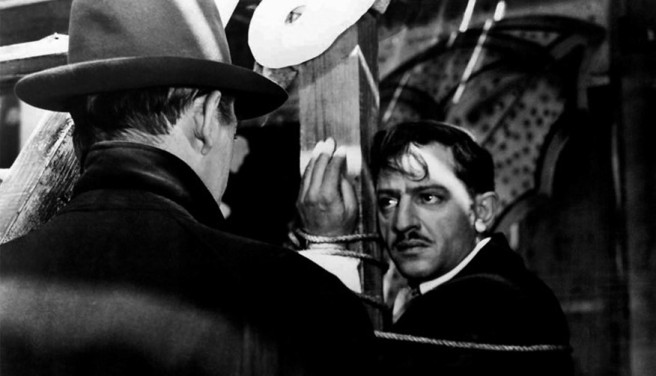 The best caper movie I’ve ever seen. Four Parisian criminals – including two loving husbands, one of whom is about to become a father – take on an exceptionally complex heist. Of course, having someone to love can be dangerous in this kind of work. The heist itself belongs in any list of great extended sequences: some 30 minutes with neither dialog nor music as the thieves go through their carefully choreographed crime. But even with the most competent professionals, things go wrong. On a double bill with Bob Le Flambeur, which, I’m sorry to admit, I have yet to see.

A Strange Paramount double bill: Trouble in Paradise & Tabu: A Tale of the South Seas, Stanford, Saturday and Sunday

The A goes to Ernst Lubitsch’s wonderfully amoral comedy, Trouble in Paradise. Witty, sophisticated crooks (Miriam Hopkins and Herbert Marshall) set out to steal a fortune from the wealthy Kay Francis in this delightful collection of sex, love, money, and larceny. I can’t give similar praise F. W. Murnau’s last film, a romantic tragedy shot and set in Polynesia. The story is heavy handed and overdone, and it’s easy to guess what’s going to happen next. Surprisingly for a 1931 movie, it’s silent (with recorded music). I give it a C-.

An HIV-positive man (James Roday) struggles with life, love, friendship, and the faceless insurance company that holds his life in its corporate hands. To add to his problems, his boss and best friend (the always dependable Danny Glover) has been thrown out of his house by his wife. A very touching story about a few days in the life of a man who doesn’t know how much time he has left, but knows he’ll never be old.

B+ Science vs Cinema: The Martian, New Mission, Monday, 7:00 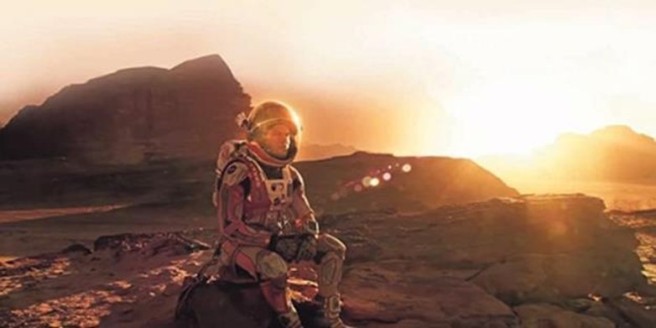 Matt Damon plays an astronaut left behind, assumed dead, when his companions are forced to abandon a Mars mission and get back to Earth. He must find ways to survive, while NASA, after discovering their mistake, try a seemingly impossible rescue. Suspenseful and entertaining, and one of the most accurate science fiction films ever. But one thing bugs me: The scenes on Earth look like 2015, as if there were no changes in consumer technology, or even in fashion, in decades. Read my longer report. After the movie, Kishore Hari and Jeff Silverman will discuss the film’s science.

Errol Morris’s documentary isn’t really an adaptation of Stephen Hawking’s best-selling book. It spends at least as much time on Hawking’s life as it does with his discoveries. Friends, family, and co-workers talk directly to the camera in that patented Morris way. That’s not a problem, because Hawking had an exceptionally interesting life. But when Morris turns his camera to Hawking’s hypotheses and discoveries, you can’t help realizing that a 27-year-old science documentary – especially one involving the edge of known knowledge – is inevitably out of date.