It’s been a month since the last Bay Area film festival. But that changes this coming Friday. Here are two film festivals starting in January.

Not just any subtitled movie can qualify to be nominated for the Foreign Language Film Oscar. Each country can put forth one film to be considered. Out of these, a special board picks five nominees, from whom the entire Academy picks a winner.

In the week starting Friday, January 5, the Rafael will screen 15 of the 92 films submitted. You probably can’t vote in the Academy, but you can see these films and make up your own mind.

I haven’t seen any of these films, so I have no opinion or recommendation. There is one I’ve heard of, A Fantastic Woman. It played at the Mill Valley Film Festival last year, but I wasn’t able to see it. 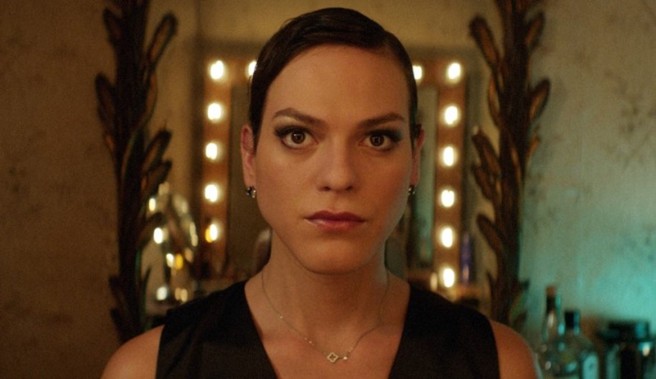 I was surprised to discover that one film, Song of Granite, comes from Ireland – a predominately English-speaking country. The festival website tells us that the film is “In English and in Gaelic with English subtitles.” In the past, the Academy has disqualified films for too much English.

The biggest Noir festival in the Bay Area will take over The City’s biggest movie palace for ten days. Last year, Noir City head Eddie Muller moved far out of the classical noir period, to the point of showing digitally-shot movies made the 21st century. This year, he’s going back to the genre’s roots. All of this year’s films fit into the classic noir era, which Muller defines as 1941-1953.

Noir City is one of the few film festivals that screens double bills. This year, each double bill with match a big-budget A picture (or at least as big budget as noir ever got) with a complimentary low-budget B picture. (You can easily tell the difference by the films’ lengths; the A pictures run longer.)

A big part of the fun of Noir City is discovering movies you haven’t yet seen. So I’m delighted to discover that I’ve only seen two of the films on the schedule: Alfred Hitchcock’s great Shadow of a Doubt, and the very good, seminal noir This Gun for Hire. 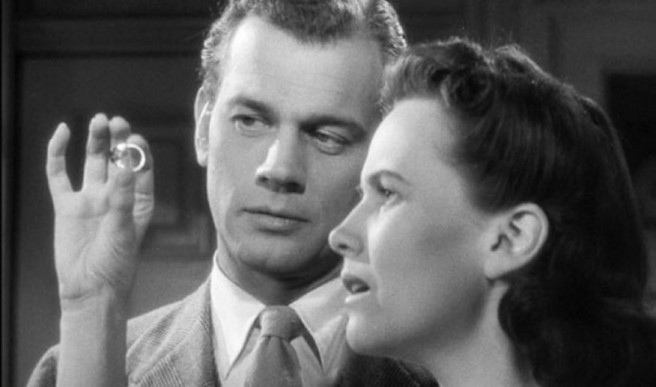 Shadow of a Doubt

If you’re not familiar with Shadow of a Doubt, it’s about a small-town teenage girl (Teresa Wright) who begins to suspect that her beloved uncle is a serial killer. And worse, he begins to suspect that she suspects. This is Hitchcock’s sixth American film and first American masterpiece. It’s double-billed with Address Unknown, a 1944 war thriller directed by William Cameron Menzies, a brilliant art director but a far-from-brilliant director.

Among the films I’m hoping to see are The Blu Dahlia and The Big Heat.

There are other January and February festivals coming up, but they haven’t announced their schedules yet. I’ll write about them when I can.