B+ Collection of short films

You would expect that only the best short films would screen at the Sundance Film Festival, and that only the best of the best can make it into this annual, feature-length collection released to theaters. And, for the most part, you’d be right. Most of the seven movies in Sundance’s Short Film Tour are just wonderful. But not all of them.

The best by far is Marshall Tyler’s Night Shift, about a men’s room attendant working late at what appears to be a very hip nightclub. As you might expect, this is no dream job. He must deal with jerks, druggies, an old high school buddy, and couples copulating in the stalls. To make things worse, his wife wants a divorce. The movie is touching, funny, and – I suspect – realistic. 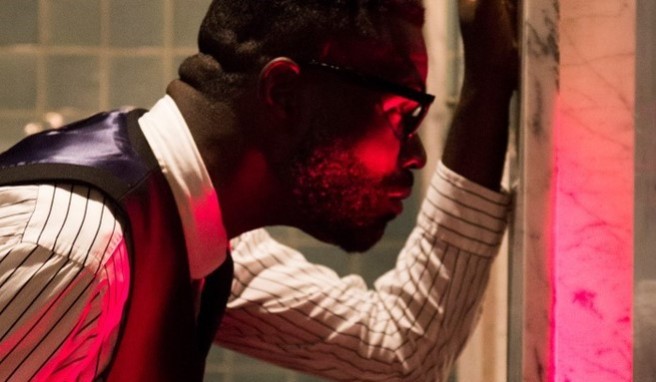 On the other end of the quality spectrum comes Kristen Stewart’s Come Swim (yes, that Kristen Stewart). A man apparently drowns in the ocean. Then, for the next 17 minutes, we follow him on dry land, desperately drinking water in various places. Steward manages to give us some interesting transitions, but otherwise the movie seems meaningless and unpleasant.

Speaking of water, Maximilien Van Aertryck and Axel Danielson’s Ten Meter Tower offers a far more interesting view of life’s most important liquid. The tower in the title refers to a diving platform more than 30 feet above a public swimming pool. The mostly locked-down camera captures people trying to get the nerve to jump. Occasionally they do, sometimes shot in slow motion. The movie often uses a split screen to show two people or two angles. It’s a funny look at people trying to do something they know is safe but still terrifies them. 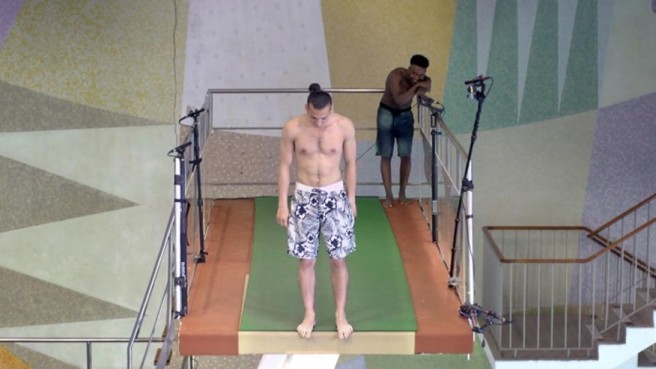 Anu Valia’s Lucia, Before and After brings a clear pro-choice message via a simple story. Lucia, a young Texan, must drive 200 miles to reach an abortion clinic. Then she discovers she must wait 24 hours between sonogram and abortion. She can’t afford a motel room. 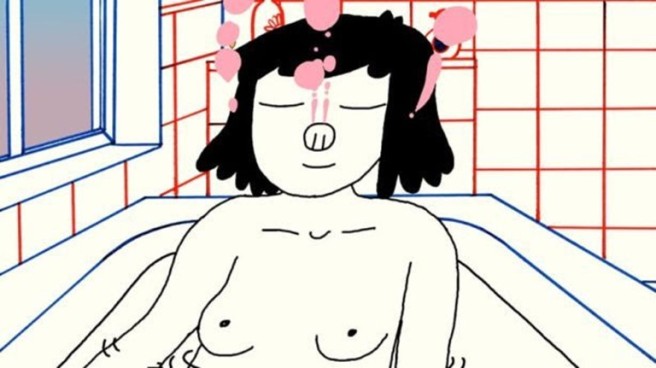 Any selection of short movies needs a ghost story, and that’s where Francisca Alegría’s And the Whole Sky Fit in the Dead Cow’s Eye comes in. At the beginning, a rancher discovers that all his cows have mysteriously died, without any visible cause of death. Then his mother gets a visit from a man (maybe an old lover?) who died some 30 years beforehand. I can’t tell you anything else without spoiling it for you.

Peter Huang’s 5 Films About Technology is easily the shortest short in the show, and the one pure comedy. It’s basically five blackout jokes about people using their smartphones very badly. Most of the gags are ones we’ve seen or heard before, but they’re still funny. It’s cute, but unexceptional. 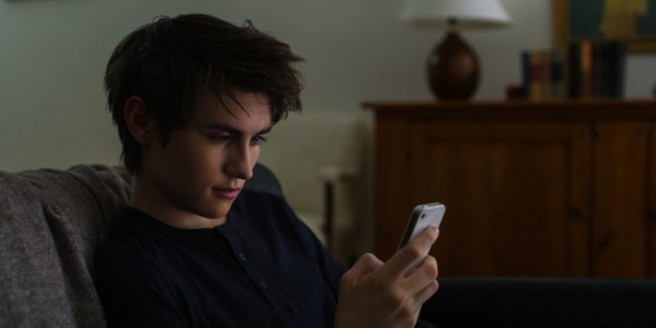 The 2017 Short Film Tour opens Friday at the Rafael and the Roxie.