It’s October, and horror movies are popping up all over the Bay Area…along with Mill Valley, Jim Jarmusch, and the last of Chaplin.

Rare and Worth Catching 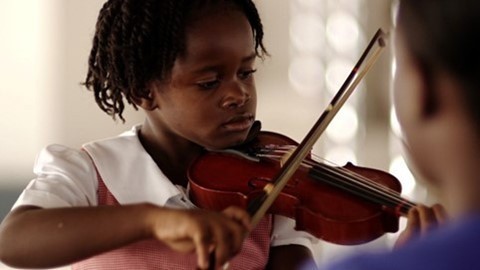 Judging from this documentary, the Sainte Trinité Music School in Port-au-Prince brings hope and harmony to the children of one of the world’s poorest nations. At first, director Owsley Brown shows us the benefit of a musical education, interspersed with brief lessons in Haitian history. Than the massive 2010 earthquake hits, and it becomes a very different movie. Despite the hardships, the film manages to be upbeat and inspirational. But I couldn’t help wondering which children are allowed in, and how the school is financed. The PFA screening is part of the series Owsley Brown, A Filmmaker’s Journey. The Roxie screening is a benefit for Engineers Without Borders.

I saw this 1977 Italian horror story, directed by Dario Argento and starring Jessica Harper, maybe 20 years ago. That was on Laserdisc, and It didn’t impress me all that much. But many love it, and it’s recently received a new 4K digital restoration. I suspect it’s going to be screened a lot in the Bay Area this month. 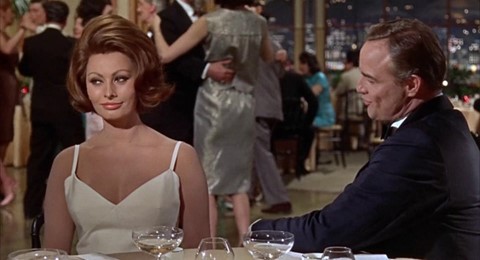 Charlie Chaplin’s last film is also his only one in color, his first with major stars (other than himself), and the only Chaplin movie I got to see in first run. I was 13 at the time and didn’t like it. Neither did the grownups. The fights between Chaplin and star Marlon Brando were legendary (and let’s face it, Brando was never that good at comedy). But the film has its defenders, including Andrew Sarris and François Truffaut. Part of the series Marlon Brando: The Fugitive Kind.

I haven’t seen Jim Jarmusch’s jailbreak comedy in a very long time, so I can’t give it a grade. But I remember it fondly. Tom Waits, John Lurie, and Roberto Benigni (in what I believe was his first English-language film) play the hapless convicts. Benigni, if I recall properly, steals the show.

Forget about sexy vampires; the first film version of Dracula (an unauthorized rip-off that got the filmmakers into legal trouble) doesn’t have one. Max Schreck plays Count “Orlok” as a reptilian predator in vaguely human form. This isn’t the scariest monster movie ever made, but it’s probably the creepiest. Not to be confused with Werner Herzog’s 1979 remake. Read my Blu-ray review. The feature will be preceded with two enjoyable short comedies: an early trick film called The Thieving Hand and one of my favorite Buster Keaton shorts, The Haunted House. Live accompaniment by Bruce Loeb on piano.

A Listen to Me, Marlon, Pacific Film Archive, Friday, 4:00

I’ve seen a lot of documentaries about movie stars, but I’ve never before seen one quite like this. Brando recorded his thoughts and feelings into tape recorders over the course of his life, and director Stevan (not a misspelling) Riley used these recordings in place of the usual voice-of-God narration. You won’t get as many facts in Listen to Me Marlon as you would in a conventional documentary, but you’ll get a far stronger sense of exactly what made this great actor tick. Read my full review. Part of the series Marlon Brando: The Fugitive Kind.

John Carpenter made a very good low-budget thriller that started a very bad genre: the slasher movie – also known as the dead teenager flick. In the original Halloween, an escaped psycho racks up a number of victims on the scariest night of the year. Yes, the story is absurd–the guy seems capable of getting into any place and sneaking up on anyone–but Carpenter and co-screenwriter Debra Hill take the time to let us know these particular teenagers, and that makes all the difference. By the time he goes after the mature, responsible one (Jamie Lee Curtis), you’re really scared.