Richard Linklater’s Boyhood is such a unique and important experience that I had to make an exception. I usually limit my Blu-ray reviews 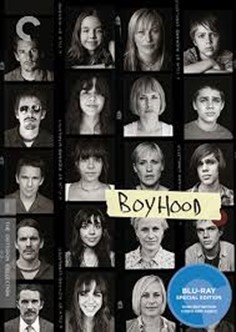 to classic films. But when I discovered that Criterion was releasing a two-disc, supplement-filled Blu-ray release of Richard Linklater’s epic story of everyday life, I had to give it a good, long look.

We’ve watched movie series where the characters–and the actors playing them–aged from film to film, as in the Harry Potter series and Linklater’s own Before trilogy. And we’ve seen films, set over many years, with different actors playing the same person at different points of their life, such as Little Big Man and A Man Called Ove.

But Boyhood is different. Linklater shot the film, with an unchanging cast, in short increments, over a 12-year period. The central character, Mason, and the actor who played him, Ellar Coltrane, were both six when they started shooting; character and actor were both 18 when they finished. This gives the story a reality that’s rare in a film set in a span of years.

It also required a considerable gamble for the investors. You can’t contractually lock a six-year-old child into a twelve-year-old commitment. Luckily, everyone stuck to it and the movie got made. 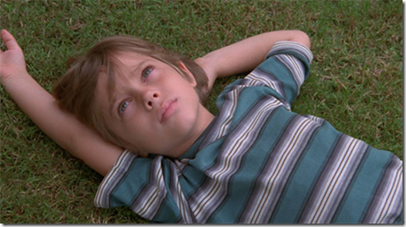 Something else unique: The film has no conventional conflict-based plot. The things that happen to Mason and his family are, for the most part, things that happen all the time. With one exception, there’s no real drama of the sort we have come to expect as moviegoers. For the most part, the film avoids life’s big moments (first kiss, graduation, and so on), concentrating on everyday experiences.

But everyday experiences can be difficult. Mason’s parents, who became parents much too early, have already broken up when the story begins. Mason’s mother (Patricia Arquette) struggles to make ends meet as she raises Mason and his older sister, Samatha (played by the director’s daughter, Lorelei Linklater). Mom tends to make poor choices in men. Their father (Ethan Hawke) has some growing up to do himself.

As I watched Boyhood for the third time, I became more impressed with the risks Linklater made in creating this work. Would a 2014 audience remember Sarah Palin’s daughter–discussed in a scene shot in 2008? How could he know that the six-year-old Coltrane would grow into such a good-looking teenager? I don’t know if Apple helped finance the film, but if you watch the props, you’ll see an evolution in the company’s consumer products.

As much as Boyhood captures Texas in the early 21st century, its story is universal. I saw a lot of my own youth (in LA in the 1960s and early 70s) in this story.

I reviewed Boyhood when it came out in 2014. You’ll find more about this exceptional film in that review.

Boyhood will probably be Linklater’s last film shot in 35mm. When he started shooting Boyhood in 2002, digital cameras couldn’t compete with physical film. He went digital with Bernie and Before Midnight, in between Boyhood shoots,
but for the sake of visual consistency, he stuck with film on the 12-year project. 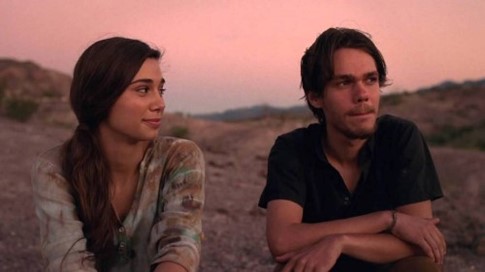 Criterion’s Blu-ray, presents these film-based images in 1080p, with a very small letterbox to achieve the theatrical 1.85×1 aspect ratio. It was scanned at 2K from the original negative; I assume it’s the same scan used for the DCP-based theatrical release.

The results look great for the most part. Just one party scene, shot as a night exterior, showed too much contrast; I don’t remember noticing that when I saw it theatrically.

The original 5.1 soundtrack is presented here in DTS-HD Master Audio. No complaints.

The rest of the extras are on the second disc.