The San Francisco International Film Festival continues through the week, but the Tiburon Intl. Film Festival ends tonight. I’ve placed my festival recommendations and warnings at the end of this newsletter.

Man of Aran, Niles Essanay Silent Film Museum (although this is a talkie), Sunday, 4:00. Early documentarian Robert Flaherty’s third feature (his first was Nanook of the 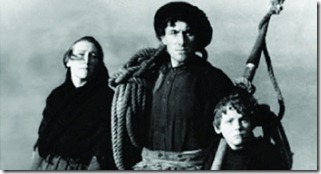 North) examines the people living on a small, rugged island off the coast of Ireland. I saw it on public television about 40 years ago, and barely remember it. But I do remember being impressed, if only for the difficulty of bringing early sound movie equipment to such a remote and forbidding location. Also on the program: How the Myth was Made: A Study of Robert Flaherty’s Man of Aran. Both films will be introduced by W. Jack Coogan of the Robert and Frances Flaherty Study Center.

Bringing Up Baby, Stanford, Friday through Sunday. How does one define a screwball comedy? You could say it’s a romantic comedy with glamorous movie stars 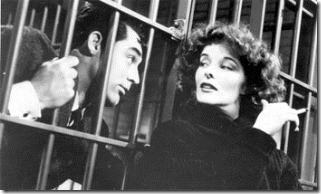 behaving like broad, slapstick comedians. You could point out that screwballs are usually set amongst the excessively wealthy, and often explore class barriers. Or you could simply show Howard Hawks’ Bringing Up Baby, a frivolous and hilarious tale about a mild-mannered paleontologist (Cary Grant), a ditzy heiress (Katharine Hepburn), and a tame leopard (a tame leopard). on a double bill with a lesser-known Hawks work, Come and Get It.

Notes on an American Film Director at Work: Martin Scorsese, Yerba Buena Center for the Arts, Saturday, 7:30. Jonas Mekas followed Scorsese for a week during production of The Departed. This is the result. I haven’t seen it. 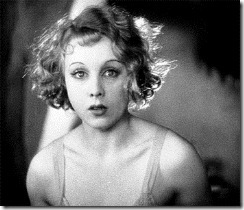 his last silent –making two versions was common practice in 1929. I’ve seem both and the silent one (which the museum is screening) is better. A young woman commits an indiscretion, putting her in a situation where she has to kill a man in self defense. A witness sees this act as a ticket to comfort. This is Hitchcock in an incubator, preparing to blossom a few years later into the master of suspense. By the way, am I the only one who thinks Donald Calthrop, who plays the blackmailer, is a dead ringer for Kenneth Branagh? Jon Mirsalis will tickle the piano keys while Alfred Hitchcock tickles your nerves.

A By the Fire, Kabuki, Sunday, 3:00 and Wednesday, 3:00. So sad. This heart-breaking work from Chile starts out simply examining a middle-aged couple’s daily 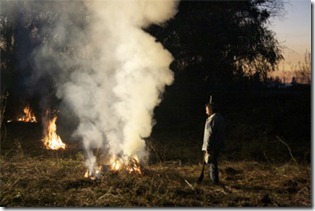 life. Daniel and Alejandra are poor but not desperate, and they share a deep, loving, empathetic, and passionate relationship. But as Alejandra’s health worsens, By the Fire slowly becomes a study of a man watching over his wife’s death. He puts on a stoic face, but you can see that he’s torn apart inside, both by the increased responsibility of attending to her needs and the fear of losing the person he loves. Writer/director Alejandro Fernández Almendras lets the story tell itself visually, in a loose, unhurried way. A real treasure.

A Guilty, Kabuki, Friday, 12 noon. Overnight, Alain Marécaux’s life became a nightmare. Police arrested him and his wife for raping children and running a child prostitution racket. Despite a complete lack of 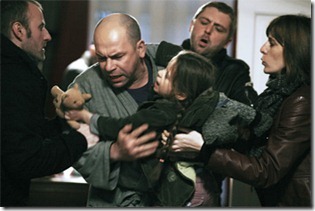 physical evidence and contradicting testimony from the accusers, he spent two years in prison and had his life ruined before finally being exonerated. That’s the true story. Guilty dramatically recreates this story from Marécaux’s point of view (he worked as a technical advisor on the film and apparently had veto power over its contents). The result is intense, harrowing, and frightening. Despite the help of a talented and caring attorney, Marécaux is at the mercy of a young judge determined to find him guilty no matter the facts. A very powerful film and a strong indictment of the French legal system.

Kanbar Award and Unforgiven, Kabuki, Saturday, 12:00. This year, the festival’s screenwriting life-achievement award goes to David Webb Peoples, author of Blade Runner and Twelve Monkeys. After an on-stage interview, the festival will screen People’s Oscar-winning Unforgiven, directed by and starring Clint Eastwood. When the film came out 20 years ago, I felt like I was the only person who didn’t like it. Maybe I’ll like it better the second time around.

A- Oslo, August 31, SF Film Society Cinema, Friday, 9:15. Anders, a recovering drug  addict living in a clinic in the country, gets a day’s leave to return to Oslo for a job interview. The trip will also give him a chance to catch 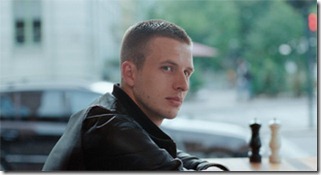 up with some friends. But he feels lost, has no idea how to reconnect with the outside world in a safe way, and suffers from constant temptation. Over the course of the day and night, his story moves from difficult but hopeful to harrowing and depressing. Filmmaker Joachim Trier takes us on a journey into Anders’ world and, even scarier, his mind. It’s one thing to read about drug addiction. Oslo, August 31makes you feel the strain of wavering between a difficult recovery and a lifelong disaster.

B+ House by the River, Castro, Saturday, 4:00. A struggling novelist and all-around cad (Louis Hayward) attempts to rape his maid and accidentally kills her. 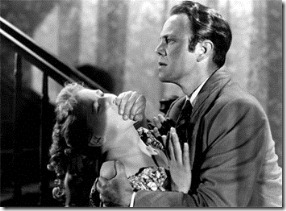 Then he tricks his decent and semi-crippled brother (Lee Bowman) into helping him dump the body. Fritz Lang was a master of film noir (would film noir even exist without M?), and you can see that in this low-budget thriller. The story centers on the conflict between the brothers–one reacting with moral horror and the other seemingly beyond such feelings, and both worried about being caught. Jane Wyatt plays the writer’s initially loving wife, who begins to suspect that something is wrong before it becomes clear just how wrong everything is. House by the River screens as part of the tribute to this year’s Mel Novikoff Award winner, Pierre Rissient, who helped rediscover this minor work or a major filmmaker.

Quadrophenia, Castro, Saturday, 10:30. Pete Townsend and The Who’s other rock opera, Quadrophenia (the album, not this film) was often treated as a second-ran after Tommy. But in many ways, it’s the superior work. Franc Roddam’s film adaptation is an entirely different beast. Not an opera or a musical, it’s a straight-up drama about the album’s main character–a rebellious teenage boy caught up in the Mod vogue of the mid-1960s, and possibly losing his mind. The Who’s original songs act as a Greek chorus, commenting on the story. I haven’t seen Quadrophenia in over 30 years; I remember liking it, but not intensely. 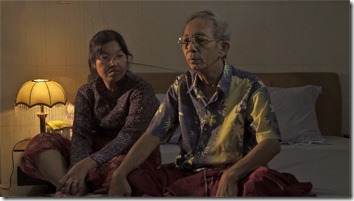 closed it down. Few filmmakers and no movies survived the four-year genocide. That’s a great story, but Davy Chou manages to make it all but lifeless in this dull documentary. He devotes most of the running time to the nostalgic reverie of former filmmakers and fans, with occasional studies of former theaters and modern recreations of lost scenes. None of this is shot or edited in a compelling way. In the final third, some of the subjects talk about their experiences under the Khmer Rouge, which is far more compelling, but still badly presented. One big question is never even considered: What happened to the Cambodian film industry after Pol Pot, and why didn’t any of these people take part in it? 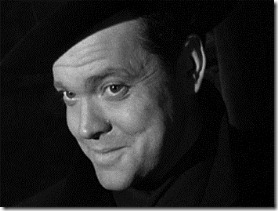 impoverished, divided post-war Vienna to meet up with an old friend who has promised him a much-needed job. But he soon discovers that the friend is both a wanted criminal and newly dead. Or is he? Writer Graham Greene and director Carol Reed place an intriguing mystery inside a world so dark and disillusioned that American noir seems tame by comparison. Then, when the movie is two thirds over, Orson Welles comes onscreen to steal everything but the sprocket holes. This screening is a tribute to Bingham Ray, who died earlier this year only months after his appointment as Executive Director of the San Francisco Film Society.