This year’s San Francisco Silent Film Festival opened Thursday night – the first one since 2019. Rather than write about all the films I’ve seen so far, I’ll give you some highlights and lowlights.

But first, here’s a taste of what the Castro Theater has become now that it’s owned by Another Planet Entertainment (APE). In past Silent Film Fests, the mezzanine was split into two sections – one for VIPs, and another for everyone; there you could buy books and Blu-rays, talk to people, and just hang around. But now the VIPs get the whole mezzanine. Why? Probably because APE doesn’t want retail in their theater.

The concession stand isn’t what it used to be. The popcorn is bagged. You can buy alcohol, but no hot drinks.

Here are the movies I want to talk about:

The best show in the festival (but I knew that)

Steamboat Bill Jr. was Buster Keaton’s last independent comedy. It’s also a masterpiece. Keaton plays the urbane and somewhat effete son of the very macho Steamboat Bill (Ernest Torrence). The movie is a shipload of laughs and amazing stunts, seamlessly integrated into a very good story. Read my Blu-ray review. I hadn’t seen this movie theatrically in decades, and wow! What a difference a theater makes. It’s not just the giant screen and the Mont Alto Motion Picture Orchestra playing live. It was the little girl in the audience who was laughing throughout.

The festival started with Erich von Stroheim’s Foolish Wives. Twenty-four hours later, they played another Stroheim work, Blind Husbands. Stroheim wrote, directed, and starred in both films as an European aristocrat out to seduce a married American women. Although Foolish Wives is considered a masterpiece, Blind Husbands – the earlier work – and yet Husbands is a far better movie.

Restoration expert Serge Bromberg showed us his reconstruction of Max Linder’s last movie, King of the Circus. It’s silly, crazy, unseen for almost a century, and absolutely hilarious. Don’t even try to follow the plot. The picture often looked terrible, but that can happen when a film was ignored for decades.

I’ve been wanting to see DJ Spooky’s Rebirth of a Nation for years. I wanted to see how a black artist would rethink D.W. Griffith’s racist masterpiece. It turned out to be just a shortened version of the original, with modern music and geometric lines popping up for no real reason. Worst of all, Spooky doesn’t even try to argue against Griffith’s horrible beliefs. 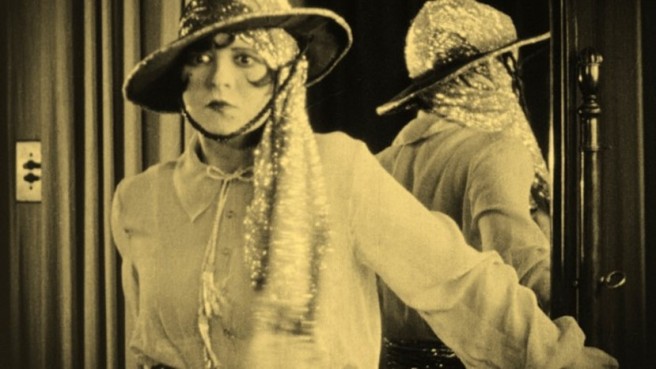 So far, the musical accompaniment has been excellent. All the musicians, from Timothy Brock conducting the San Francisco Conservatory of Music Orchestra to Philip Carli on the piano.