For the second year in a row, the San Francisco Jewish Film Festival is basically a streaming event. But this year, there’ll be two days in the Bay Area’s best movie palace, The Castro. The festival runs from July 22 to August 1.

On July 24 and 25, the Castro will screen seven films – out of over 50 that will be available. These include 200 Meters, A Kaddish for Bernie Madoff, Misha and the Wolves, and the opening and closing Castro films, Persian Lessons and My Name Is Pauli Murray. Those will also be the only two films that won’t be streaming through the festival.

Misha and the Wolves

All the other films, whether playing at the Castro or not, will stream throughout the event. The festival suggests a particular time and date for each film, which seems confusing. But according the festival’s FAQ, “Some of our patrons really want that ‘festival experience'” – so we have offered a suggested viewing schedule for those of you who want to follow along at home.” Otherwise, you can watch the films any times from July 22 to August 1.

I should mention that the Polish filmmaker Agnieszka Holland, mostly known for Europa, Europa, will get this year’s Freedom of Expression Award.

Here are some films that I’ve previewed, to help you know what to watch:

Centerpiece Narrative: Mustafa deeply loves his family. So, when his son is seriously injured, Mustafa must get to the hospital no matter what. But that’s not easy. His son is only 200 meters away, but the Israel/West Bank border wall separates father and son. Desperate to get to his child’s bed, he must get involved with not-so-reliable smugglers, a German tourist who thinks she’s a filmmaker, and some very frightening people. And through it all, Mustafa’s love for his family warms the film.

You can see 200 Meters on the big screen at the Castro, Saturday, July 24, 11:00am. If you’re streaming the movie, you might want to watch it on Thursday July 29, 6:00, just to give you the feeling that you’re watching it with a crowd.

Centerpiece Documentary. A music teacher once told young Marin Alsop that only men could conduct orchestras. When her musician father heard that, he gave her a set of batons. She eventually became the first woman to helm a major symphony orchestra. Filmmaker Bernadette Wegenstein follows Alsop through her current work, along with older clips and photo stills, including some with her mentor, Leonard Bernstein. Alsop comes off as a very likable yet determined person. If nothing else, the film is filled with beautiful music. For the festival feeling, stream at Sunday, July 28, 6:00 PM.

Why does The Conductor belong in a Jewish film event? The festival’s website tells us that she was “Born into a Jewish family,” but her connection with Judaism never pops up in the documentary.

B Born in Auschwitz

When a baby is born in a death camp and partially raised by Dr. Mengele, what kind of mother would she grow up to be? And how would that woman’s daughter be like? Documentarians Eszter Cseke and Andras Takacs find some answers. The one born in Auschwitz raised her daughter to be “a survivor.” There were no hugs, but there were lessons on shopping at the age of three. The film captures their difficult but loving relationship, and how the younger woman, now in middle age, worked hard to give herself and her family a normal and happy life. But the past can’t go away entirely. For the festival feeling, stream on Tuesday, July 27, and 1:00. 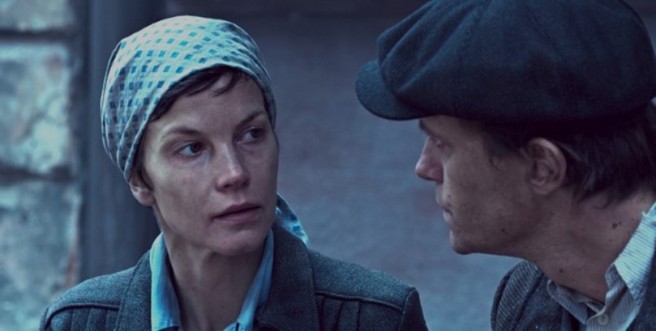 Closing film. This very disturbing post-Holocaust thriller, made mostly in Israel and set in Germany (but with English dialogue), seems at times to be both Zionist and anti-Semitic. Max (August Diehl), after losing his home and family in the Shoah, joins up with a group of Jewish terrorists planning to poison the German water supply (something Jews have been accused of doing for centuries). Very well made, it leaves you horrified at what the protagonists are planning to do. For the festival feeling, stream at Sunday, Aug 1, 6:00.

D+ A Kaddish for Bernie Madoff 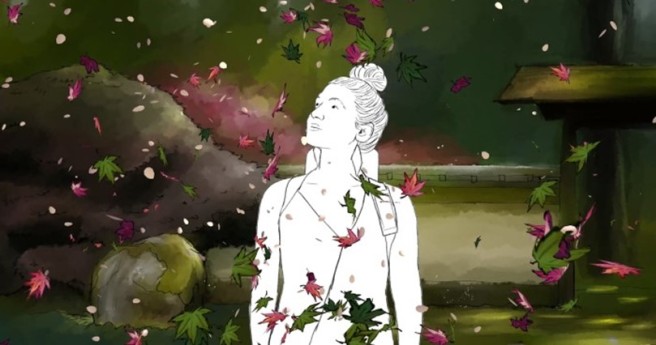 I hate reviewing films that are original and have something important to say, but just aren’t very good. Musical theater artist Alicia Jo Rabins tries to make sense of the 2008 financial crash, and especially Bernie Madoff’s evil involvement in it, through song, dance, animation, and narration. But neither Rabins nor film director Alicia J. Rose can help us explain what happened, or more importantly, the deep horror that ruined people’s lives. The information-laden songs don’t help and are often performed by people who appear to be amateurs.