Sorry about yesterday’s blunder. I accidentally posted an unfinished version of this article. Here’s the complete post.

Here are just a few of the films that will no longer be on the Channel come July: 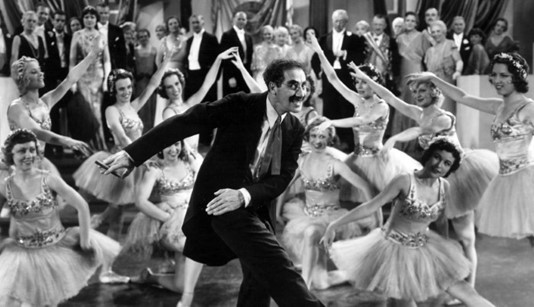 The Marx Brothers’ masterpiece takes place high in the government of the mythical country of Freedonia. Could there be a better setting for attacking the self-important and the pompous? The film has no romance, little exposition, and even lacks the piano and harp solos that are in every other Marx Brothers movie. But it’s almost always hilarious. Read my appreciation.

The story seems a better fit for a 74-minute, 1940s B noir, but Terrence Malick’s Days of Heaven isn’t about story, and only moderately about character. It’s about time, place, atmosphere, and arguably the Bible. The time is around 1916, and for most of the film, the place is a large, uniquely beautiful wheat farm in the Texas panhandle. Through the yellow of the wheat fields, the haze of the sun, and the smoke of early 20th-century technology, Days of Heaven creates a sense of something that is not quite nostalgia, and not quite a dream, but a reality seen through the haze of distant memory. See my longer commentary.

Robert Altman’s best film and only western is a beautiful, sad tone poem of a lost town growing up in the middle of nowhere. The plot sounds like a western cliché: A lone rider with a rep as a gunfighter (Warren Beatty) comes into town. He opens a peaceful business, but peace is not going to be his fate. But this is no regular western. The business is a whorehouse, and he would be lost if it wasn’t for an intelligent prostitute (Julie Christie) who knows how to run this kind of business. Cinematographer Vilmos Zsigmond makes this one of the most atmospheric films ever shot. See my essay.

At Huxley College, the professors are pompous windbags and the students care only about football. But with Groucho Marx running the college, whatever it is, he’s against it. In what stands for a plot, Groucho goes to a speakeasy and hires the wrong football players (Chico and Harpo). This is one of their funniest. 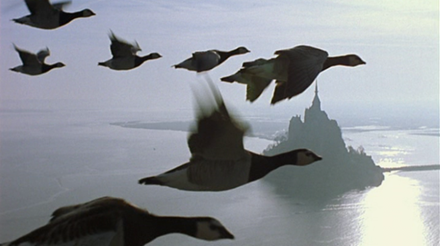 You won’t actually learn much from this almost narration-free documentary, but if you have any taste for the majestic beauty of nature, you’ll be in heaven from beginning to end.

George C. Scott was never better than in this character study disguised as a historical epic. As Scott portrays him, General George S. Patton is a super-strict, vain warmonger who’s willing to risk other men’s lives for his own glory. But he’s also a poet, a principled soldier willing to argue with those who outrank him, and a man who feels out of place in his own time. One of the last and one of the best of the large-format roadshow epics. Francis Ford Coppola co-authored the screenplay. Karl Malden plays Omar Bradley as the voice of reason.

In the 1950s, Britain’s Ealing Studios made several droll but wonderful comedies starring Alec Guinness. In what is probably the darkest Ealing comedy, Guinness leads a gang on a complex heist, and part of the complexity involves renting a room. But when their sweet, old landlady finds out that they’re not real musicians, their only option is to kill her–a task that proves far more difficult than they expected. Not to be confused with the Coen Brothers remake.

The first Marx Brothers movie without Zeppo has some of their best sequences. Not only the deservingly famous stateroom scene, but also the in-and-out-of-the-bedroom sequence and the climatic assault on the Opera House. But producer Irving Thalberg insisted on a conventional story structure, turning the Marx Brothers into nice guys, which destroys the Marxist magic. Another problem: Too much time is spent on telling the unfunny story. Whenever leading man Allan Jones is on screen (which is often), I found myself wishing it was Zeppo. 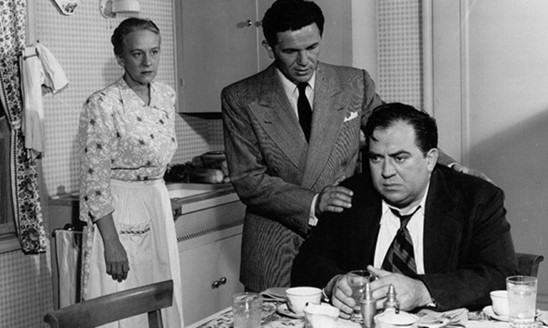 John Garfield plays a crooked lawyer in the numbers racket, about to make a fortune by making his gangland boss an even bigger fortune. But this lawyer worries that the deal will destroy his morally-upright brother’s small business. Oddly, the brother is also in the numbers racket, but he’s small time and refuses to use violence. Shot in New York as both film noir and the blacklist were heating up, Force of Evil is a short, powerful punch of a movie, leading up to a terrifically suspenseful final act. 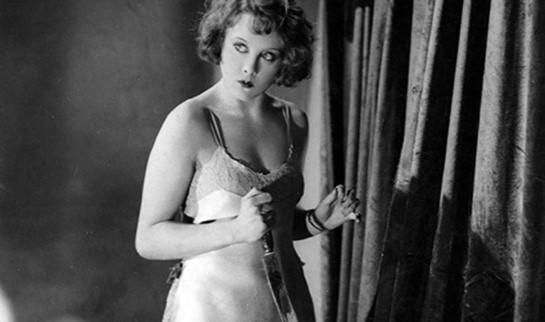 A beautiful young woman ditches her Scotland Yard detective boyfriend, flirts with an artist, then kills him in self-defense. The next morning she’s at the mercy of a blackmailer. Alfred Hitchcock’s second thriller already shows touches of the master. The heroine’s night wanderings after the incident, her reaction to casual gossip about the murder, and the blackmailer’s breakfast prove that even this early, Hitchcock could keep us on the edge of our seats. Blackmail was both Hitchcock’s first talkie and his last silent. 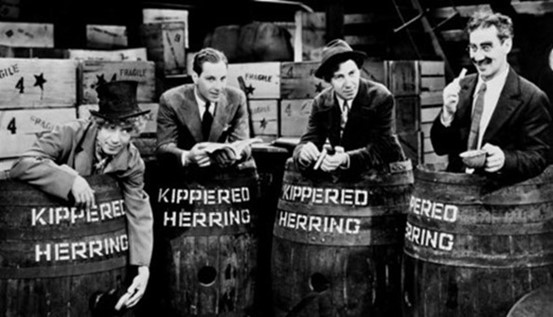 The first original Marx Brother film (not based on a stage play) starts off as one of their best. The Brothers play ocean liner stowaways quite happy to break into the captain’s cabin and eat his lunch. But the movie loses its momentum in the second half as gangsters show up and create a useless plot. Zeppo finally gets the chance to be funny and even romantic, while Groucho flirts with the luscious and funny Thelma Todd.

Other interesting films leaving Criterion that I’m not writing about for one reason or another:

If you want to know all of the movies that will leave Criterion on July 1, check here.