This year, thanks to COVID-19, I watched the Oscars at home. This was the stripped-down version. Rather than a huge auditorium. The audience was relatively small; just the candidates, their close families, and the presenters. (Once again, there was no master of ceremonies.) There was no orchestra or any musical numbers; just a DJ. I liked that. Early on, a very photogenic doctor told us that everyone is safe. 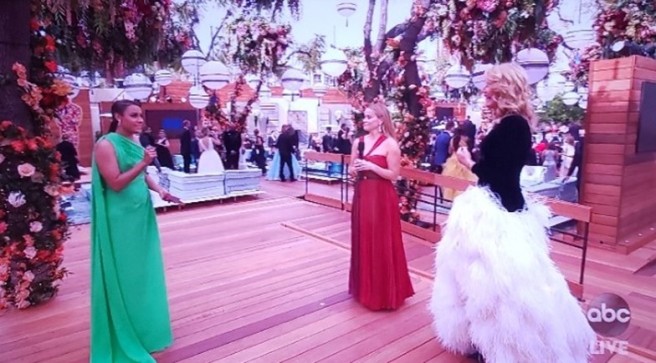 No red carpet, but a patio vibe out front

This year’s ceremony was different in other ways. It included films that streamed to your TV before they played in theaters. I’m not entirely sure, but I don’t think there’s been an Oscar ceremony in late April in my lifetime.

For the most part, almost everything I wanted to win, won: 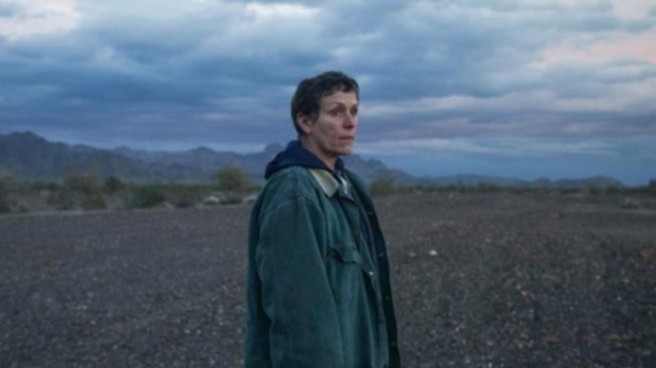 I wished that Frances McDormand (Nomadland) and Viola Davis (Ma Rainey’s Black Bottom) would tie for Best Actress. (It happened in 1969.) I’m glad one of those two won.

I had seen only two Documentary Feature candidates, which means I really can’t say which one was best. I seem to be the only person who didn’t like Collective. But I liked the winner, My Octopus Teacher. 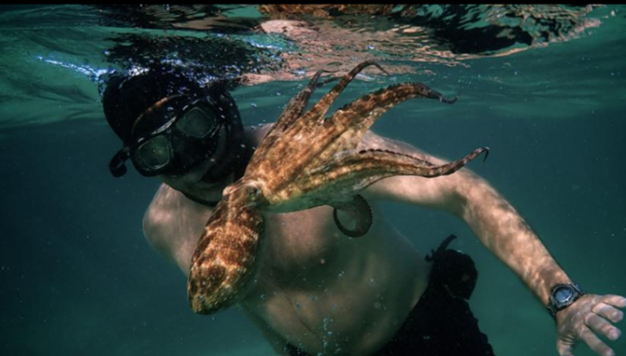 As usual, there were highlights:

I never knew much about Tyler Perry. I was aware that he’s an independent filmmaker who makes cheap, fast films specifically for the African-American market. But last night, he received the Jean Hersholt Humanitarian Award. I had no idea he was such a philanthropist.

At one point, members of the audience were asked to identify a song and guess if it was an Oscar winner, an Oscar candidate, or one that was overlooked by the Academy. Glenn Close recognized Da Butt from Spike Lee’s second feature, School Daze. Then, as the song came up again, Close shook her 74-year-old booty while the audience cheered.

When McDormand and the rest of the Nomadland crew came on the stage to get the statue, she told people to see the movie on the biggest screen they can. She also howled like a wolf.

I liked the toned-down Oscars.

3 thoughts on “The Pandemic Oscar Ceremony”