Here are two films worth seeing. You can stream them through SFFilm until late night Sunday. And if you miss them at the festival, I’m pretty sure they’ll be available elsewhere in the near future.

A In the Same Breath

Be prepared to be angry and to cry, as you watch people lose their loved ones while governments try to brush a pandemic under the rug. While director Nanfu Wang receives secret video footage from China, she also records the beginning of the pandemic in the States. The film compares democracy and dictatorship in how they deal with this crisis’ early stages. Trump’s democracy just barely won. In one amazing sequence, many Chinese newscasters all say the exact same words. On the other hand, only in America do people call it a hoax. Powerful.

After the film, you can watch the recorded Q&A with director Wang and SFFilm’s Jessie Fairbanks. Some highlights, edited for clarity and brevity:

B+ The Perfect Candidate 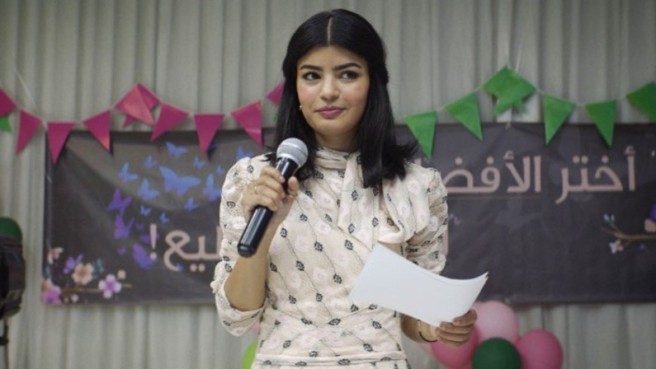 This Saudi Arabian political drama catches the country as it moves into the 21st century. When we first meet Maryam, she’s driving and wearing a hijab.  She’s a woman and a doctor, and some patients don’t believe that people can be both. When she runs for town council, she upsets almost everyone, especially her musician father. A look at a part of Saudi Arabia we never get to see, centered on a likable heroine.

There won’t be a SFFilm Thursday article coming out tomorrow. I have other things to do.