The Motion Picture Academy usually announces the Oscar nominees in January. But everything was weird last year, and the weirdness has not yet worn off, so they waited until yesterday to announce them.

I’m not going to list the nominees. You can find that list all over the web. So, I’ll just offer a few of my opinions.

Let’s start with the big one: Best Picture. This year, there are eight nominees. I’ve seen seven of them, and I liked them all. But I’m hoping that Nomadland will get the big prize, although I’d be happy with The Father or Minari. The only nominee I haven’t seen is Sound of Metal. I guess I should see that one.

Who are the most important people in making a movie? The writer and the director, of course. So, I’m also hoping that Nomadland will bring Chloé Zhao Oscars for Best Directing and Adapted Screenplay along with Nomadland.

I suspect that Chadwick Boseman will win for Best Leading Actor for Ma Rainey’s Black Bottom for sentimental reasons. How can you not vote for a great actor who died in the prime of his life? But I’m hoping for Anthony Hopkins; it’s easily the best performance of the year. 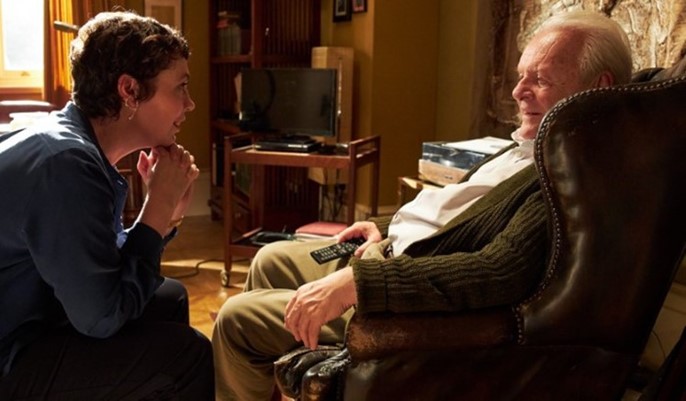 For Best Leading Actress, I’m caught between Viola Davis for Ma Rainey’s Black Bottom or Frances McDormand for – yes – Nomadland. And that’s the last mention of that film in this article.

If Soul doesn’t win Animated Feature Film, there’s an incredible cartoon out there that I have to find.

I saw two of the five Documentary Features nominated. I liked My Octopus Teacher very much, but I seem to be the only person who saw Collective and didn’t love it.

For the so-called technical awards (so-called because all of them are artistic), I hope Yorgos Lamprinos wins Film Editing for his amazing work on The Father. His cutting helped us feel how it’s like as your mind slips away. Makeup and Hairstyling should go to either Eryn Krueger Mekash, Matthew Mungle and Patricia Dehaney for Hillbilly Elegy
or Sergio Lopez-Rivera, Mia Neal and Jamika Wilson for Ma Rainey’s Black Bottom.