I was lucky with the movies I chose to watch over the last couple of weeks. For the most part, they were exceptional.

David Lynch makes full use of his first Hollywood-sized budget. Shot in beautiful black and white scope, the sounds and images take you into Victorian London with all its grime and odors. It’s based on the true story of John Merrick – a highly intelligent young man stuck in a horribly deformed body (an unrecognizable John Hurt). Forced into the life of a circus freak, he is saved by a deeply humane doctor (Anthony Hopkins), who brings him to the toast of British society. But is that just another way to exploit Merrick? 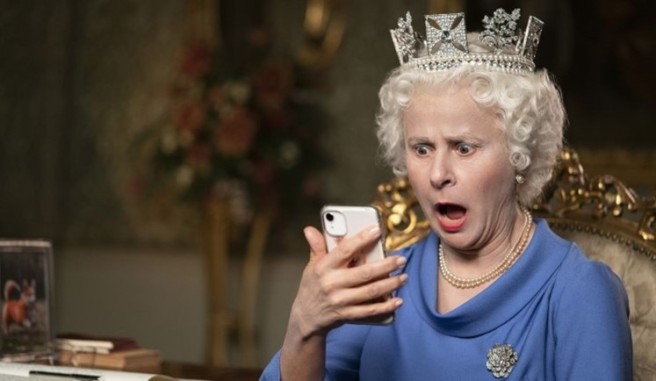 We all hated 2020, and this Netflix mockumentary gives it the stiff kick in the butt that the year deeply deserved. Much of this 70-minute comedy contains actual news clips, although often with new, comic commentary. But best of all are the fake interviews with historians, journalists, experts, and normal (but bigoted) citizens, all played by such excellent entertainers as Samuel L. Jackson, Hugh Grant, Lisa Kudrow, Leslie Jones, and the wonderful Tracey Ullman as Queen Elizabeth.

A The Incredible Shrinking Man (1957)

This just might be the best science fiction film of the 1950s (or at least a tie with the original Invasion of the Body Snatchers). A happily married man starts shrinking–the results of a strange cloud. Medical science can’t help. But he keeps getting smaller. Eventually, a housecat, and later a spider, become deadly adversaries. The existential ending is like nothing you’d expect from a Universal B-picture of the 1950s. With a few exceptions, the special effects are exceptional for its time. Screenplay by Richard Matheson, from his own novel.

If you want a sweeping romantic love story, but not necessarily a believable one, this is the film to see. Two young, attractive people fall in love, but outside issues keep them apart over the years. Sylvie belongs to Harlem’s aristocracy; she also wants to produce television. Robert is a brilliant, rising jazz musician, but that’s not good enough for Sylvie’s mother. Almost everyone in this film is African-American, and although it’s set in the 50s and early 60s, there’s almost nothing about race issues.