Thanks to COVID, you’ll probably be having Thanksgiving at home with very few people. Zoom might help. But to really get you into the holiday spirit, watch one or more of these movies:

In a conventional year, you might have trouble with crowded highways and over-full planes before you can get to your friends and family (unless you’re hosting, of course). So, let’s start with a comedy about getting to your loved ones before dinner. 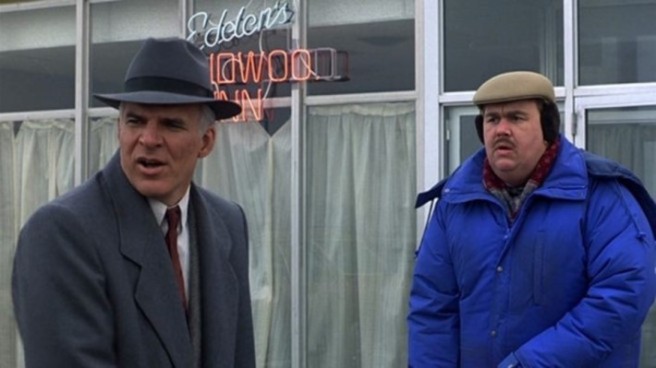 John Hughes mixes side-splitting slapstick comedy with sentimentality, and surprisingly, the mix works. Two badly matched men get thrown together as they desperately try to get from Manhattan to Chicago before Thanksgiving dinner. And, of course, everything goes wrong. Steve Martin plays the button-down executive, while John Candy plays the goofball who manages to make everything worse (and things are bad enough without him). Slowly, the two men warm to each other.

Once you get to your destination – assuming there is no pandemic – you must deal with your family. And your family’s families. And people you love but you really don’t like.

Jodie Foster’s dramatic comedy finds the love and problems in an extended family come holiday time. Just before Claudia (Holly Hunter) flies away to spend Thanksgiving with her parents, she loses her job and discovers that her teenage daughter is about to lose her virginity. Back in her childhood home, Claudia must deal with her high-strung mother, her outrageous brother (the fact that he’s gay is of little importance), and two hunks that she wants but sort of doesn’t. The all-star cast includes Anne Bancroft, Robert Downey Jr., Geraldine Chaplin, Steve Guttenberg, and David Strathairn.

And then there’s the issue of asking the wrong people. For instance, don’t invite all three of your lovers. The next film I’m recommending isn’t a holiday movie, but it has one very problematic Thanksgiving dinner.

Spike Lee jumped from film school to the big time with this low-budget, extremely sexy comic drama about a life-embracing woman juggling three very different lovers. While specifically set in Brooklyn’s African-American subculture, any adult who isn’t saving themselves for marriage can identify with what Nola Darling and her three boyfriends go through. Lee, playing one of her lovers, steals the movie with his cry of “Please, baby, please, baby, please, baby, baby, baby, please!”

I don’t know any movie that looks at Thanksgiving from the Turkey’s point of view. But this British fantasy animates what the poultry might be thinking (or planning). 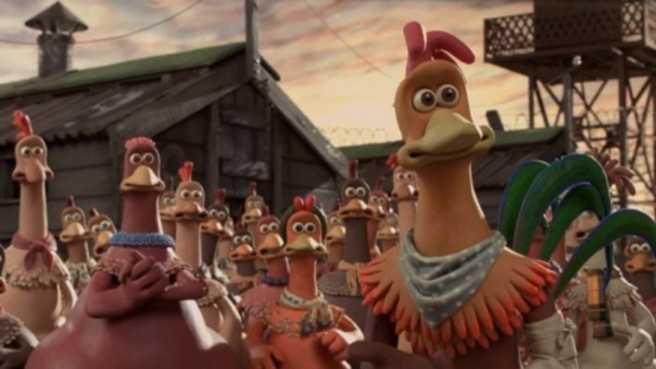 The Great Escape with chickens, and all made out of clay. The first (and best) feature from the Wallace and Gromit gang has a group of very British chickens and one cocky rooster (Mel Gibson, before we knew he was a jerk) determined to escape the farm before they’re all turned into chicken pies. Animated in clay, it’s a remarkable feat of ingenuity, technical savvy, and pure patience. More importantly, it’s hilarious.

You’re filled with food. How about relaxing in front of the television to watch the greatest Thanksgiving in the history of rock and roll. I’m talking, of course, about…

A+ The Last Waltz

The Band played their final concert on Thanksgiving night, 1976. Their guest performers included Bob Dylan, Eric Clapton, Muddy Waters, and Joni Mitchell. Martin Scorsese brought a crew of talented filmmakers to record the show and created the greatest rock documentary ever made. Scorsese and company ignored the audience and focused on the musicians, creating an intimate look at great artists who understood that this was a once-in-a-lifetime event. Read my A+ appreciation.

And what about Alice’s Restaurant? I haven’t seen it in more than 20 years. If my memory is correct, you should skip the movie and just listen to the song…or watch this video.

Or you could revive a Thanksgiving tradition of the 1990s, and watch one or more episodes of Mystery Science Theatre 3000. After all, the show was always about cinematic turkeys.