When I started these Movies I’ve Recently Seen articles, I listed how I saw each movie. The idea is that watching a movie at the Castro was very different from watching it on TV by yourself. But with all the theaters closed, it doesn’t really matter if I saw it on Vudu or the Criterion Channel.

So, until the theaters are open, I won’t tell you how I saw the movie at home. The only exceptions are those where I bought a ticket for virtual cinema, because that might help the theater. I’m also putting links in the films’ titles so you can find out how to stream that particular movie. 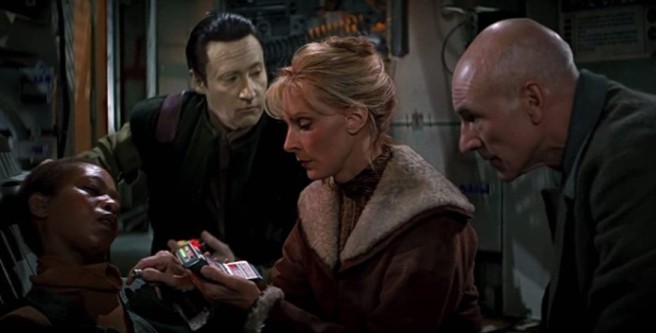 The best Star Trek Next Generation feature film brings the Enterprise to the year 2063 to protect earth from the Borg. (If you didn’t understand that last sentence, you won’t understand this movie either.) While Picard and crew fight the Borg on the Enterprise, Riker, Geordi, and Troi struggle on the ground to make sure that history happens the way it’s supposed to. The Enterprise scenes rachet up the suspense, while the people down below provide charming comedy relief. James Cromwell steals the movie as the drunken libertine who invents warp drive. The great Alfre Woodard plays another 21st-century earthling. Just don’t think too much about the story; but then, that’s true with all things Star Trek. 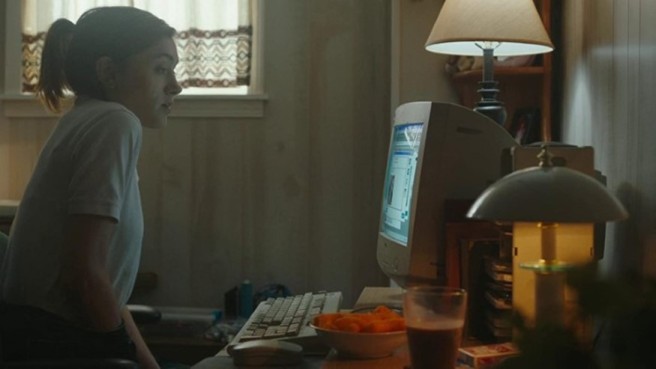 A Catholic teenager struggles with her sexual desires in this easily believable comedy. Judging from what we see, her school teaches only abstinence. Or maybe that’s how Alice (Natalia Dyer) sees it. Things get worse when she goes to a retreat with other students “on Jesus’ time.” She masturbates when she can, especially while thinking about the local hunk. She’s clearly a virgin, but everyone thinks she’s a slut, and she soon realizes that staff members are far from celibate. The movie makes you laugh while you shiver at the prudish lectures and complete hypocrisy. But I have no idea why it’s set some twenty years ago. 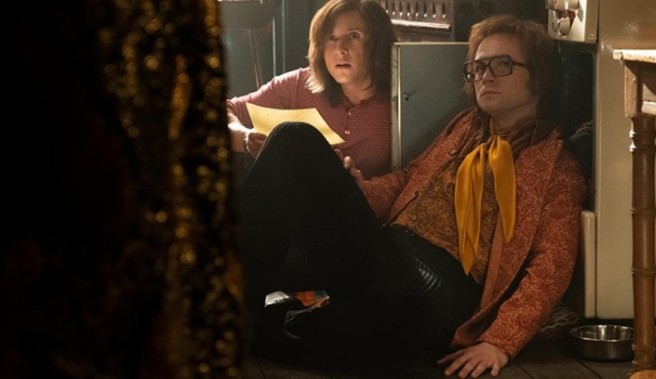 The Elton John biopic–made while the superstar was looking over everyone’s shoulder – starts pretty good as we learn about his childhood (or a fictionalized version of it) and his breaking into the top of popular music. But soon the movie becomes a by-the-book story of the rock star ruined by alcohol and drugs; something I’ve seen too many times before. On the plus side, Taron Egerton makes an excellent Elton John, and the film creates a very sweetly platonic relationship between John and lyricist Bernie Taupin (Jamie Bell). The structure, set during John’s first visit to an AA meeting, felt clichéd. 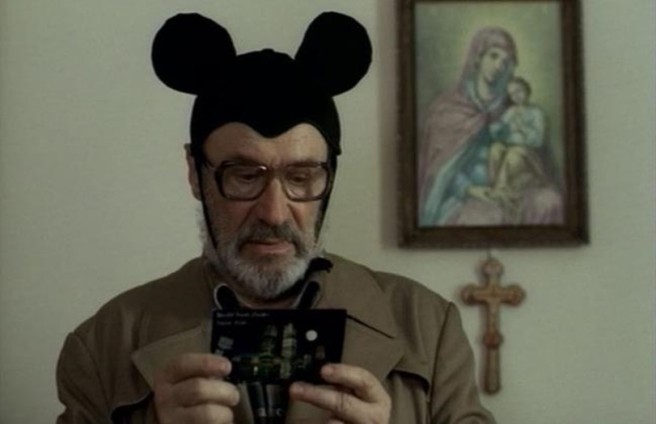 Don’t let this movie’s trailer fool you; this is not a slapstick comedy. Yes, there are flashes of humor, but it’s mostly a morose film. The title characters are two middle-aged men living across the street from each other. They’ve just become relatives since Niki’s daughter married Flo’s son (an extremely joyful wedding video is a highpoint of the film). But Niki is deeply depressed from the accidental death of his son, and he doesn’t like Flo. The happy, young, and pregnant newlyweds are moving to America. It’s a sad film, but the characters seem only skin deep.