You need to laugh in times like these. Vudu, one of the major pay-per-view streaming services, is offering 43 comedies at low prices. For April, you can rent one of these movies for $2. If you like one of them enough, you can own the streamer for $7.

But for the most part, these aren’t the great classics. They’re not offering anything by Chaplin, Keaton, Lloyd, the Marx Brother, Lubitsch, or Wilder. But it does have a Mel Brooks, and it’s one of the most popular – although it’s not one of my favorites.

Here’s what I think of the eight I’ve seen:

I’ve reviewed these ones: 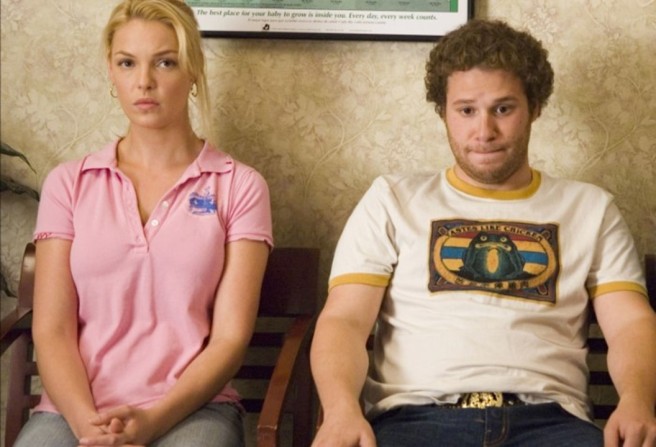 Writer/Director Judd Apatow tops his The 40 Year Old Virgin in another raunchy-yet-sweet comedy about the complexities and problems of romance. This time around, a rising television personality (the stunningly gorgeous Katherine Heigl) shares a drunken one-night stand with a slacker stoner (the stunningly dumpy Seth Rogen), then discovers she’s pregnant. As the two leads, their friends, and their families react to this life-changing accident, Apatow explores romantic entanglements and the effects of expectant parenthood–all while providing plenty of laughs. Read my full review.

The most beloved western comedy of all time doesn’t do all that much for me. Sure, it has moments of great laughter as it lampoons everything from the clichés of the genre to institutional racism to the clichés of every other genre. But for every joke that hits home, two are killed by Mel Brooks’ over-the-top, beat-the-audience-over-the-head directing style.

As a young child, I adored Jerry Lewis, but as I matured I found his comedy grating and tremendously unfunny. Today, The Nutty Professor is considered his masterpiece, and I suppose it is–in the sense that it’s not all that awful. The basic concept–a very clever twist of Jekyll and Hyde–is audacious and thought provoking, especially for what is basically a children’s flick. But the execution is so clumsy and clunky that to a large degree, it sinks the wonderful concept.

I haven’t seen these recently enough to review: 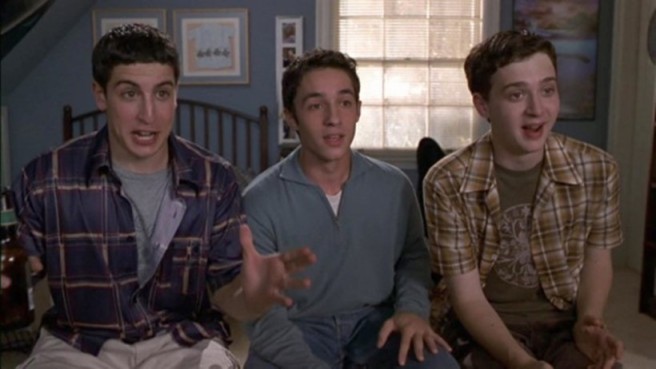 I loved the Naked Gun movies of the 1980s and ’90s, but I haven’t seen any in a long time. These flicks were silly, ridiculous, off the wall, and usually very funny. Not surprisingly, from the makers of Airplane. 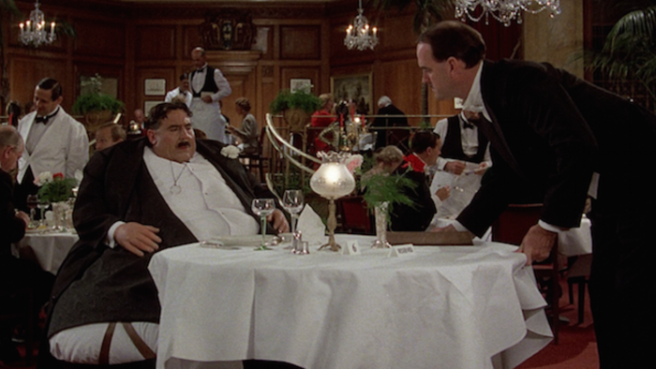 Monty Python’s last movie is, like the first, a connection of skits with nothing to hold them together. It’s the weakest of their features, but it still has a lot of ridiculous and hilarious bits. 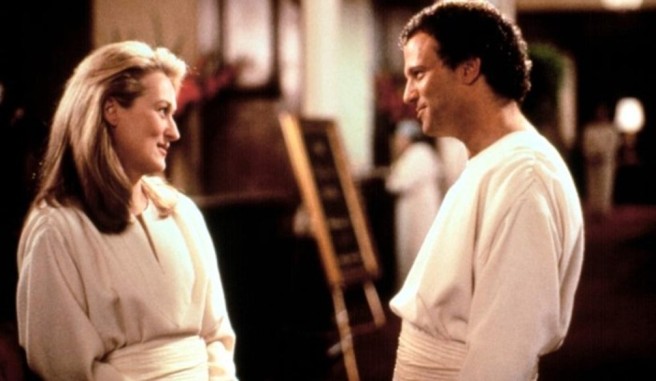 Albert Brooks wrote, directed, and starred in this comedy about the afterlife. I remember squirming more than laughing. Meryl Streep is wasted as his romantic interest. It’s also, I think subconsciously, very racist. But then, I haven’t seen it in nearly 30 years.