My love of cinema started with Jerry Lewis. Visit to a Small Planet is the earliest film I remember loving. I don’t love it anymore. I tried twice to watch it in recent years, but couldn’t get passed the first few minutes. After reading his obituary Sunday, and forced myself to watch Planet all the way through. I laughed once.

I was five and a half when the movie opened early in 1960. That was probably the perfect age for the movie.

I’m pretty sure Planet wasn’t my first Jerry Lewis experience. I think I saw Don’t Give Up the Ship before that. But after watching his performance as an idiotic alien, I had to see every Jerry Lewis movie as soon as possible. Too young to go to the movies myself, I had to badger parents and older brothers to take me. 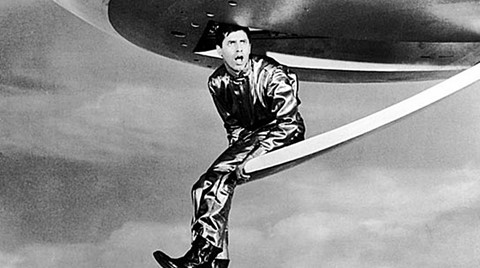 Visit to a Small Planet

In those days, I didn’t understand the difference between a movie starring Jerry Lewis and one that he wrote, produced, and directed. I had no idea that his next movie, The Bellboy, which I loved as ardently as I did Planet, was his debut as a complete filmmaker.

(I’m curious about seeing The Bellboy, but you can’t legally stream it for less than $10. I’m not that curious.)

I saw, and loved, a lot of Jerry Lewis films from 1960 through ’64. As I look at his list on IMDB, I count ten films – skipping over movies where he turned up in a cameo role (as in It’s a Mad Mad Mad Mad World).

I discovered that he was more than an actor during the opening credits of The Nutty Professor. No, I wasn’t reading film credits before the fourth grade. My older brother told me, as the credits rolled, that Lewis had also directed, produced, and co-written the movie. I beamed.

I suppose I should say something about Professor; it is, after all, considered to be his masterpiece. I watched it a few years ago, and found his comedy grating and unfunny. And yet I can see why people love it. The basic concept – a very clever twist of Jekyll and Hyde – is audacious and thought-provoking. But the execution is so clumsy it sinks the wonderful concept. 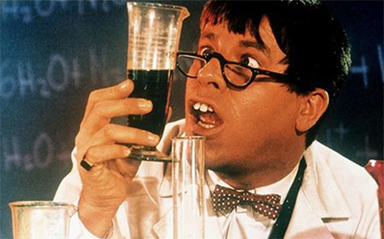 The Family Jewels (1965) is the first Jerry Lewis movie I remember not seeing. More importantly, I remember not really caring that much. I guess I was beginning to get over him.

But I didn’t stop seeing his movies entirely. I saw at least three of his movies in the late ’60s. I remember liking Hook, Line and Sinker (1969). I have no idea if I’d like it now. It was the last Jerry Lewis movie I saw when it was new. 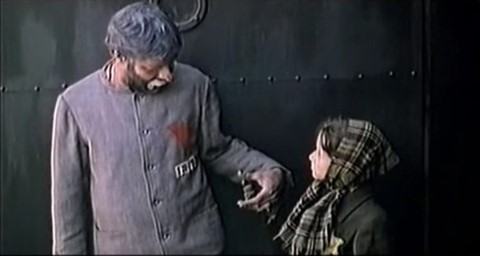 The Day the Clown Cried

I love his performance in Scorsese’s King of Comedy – his first dramatic part. But I also suspect that to a large degree he was playing himself. He acted in a few other films after that, usually dramas.

Today, Jerry Lewis’ comedies feel to me like fingernails on a chalkboard. But he was my first step towards cinephilia.