Disappointments from Donen, Linklater, and Ozu. But a couple of good movies, too.

B+ The Magnificent Seven (1960) Netflix Blu-ray

The American remake of The Seven Samurai is a large scale, entertaining, but occasionally overly sentimental western.  A small Mexican village knows that a gang of bandits will soon swoop down and take their crops. So they hire seven gunmen from above the border to protect them and teach them how to fight. Yes, it’s a white savior movie, but it’s attitudes about race were forward for America in 1960. Elmer Bernstein’s rousing score helps considerably.

It’s difficult to review a remake of a favorite film. It’s impossible to view it as a work of its own merit. This version doesn’t flesh out the gunfighters and the farmers as well as the original. On the other hand, the bandits come off as real people – something Kurosawa failed to do. 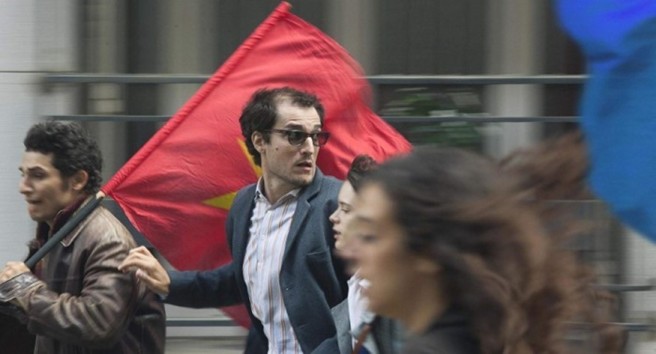 Michel Hazanavicius (the director of The Artist) works mostly for laughs as he covers the ups and downs of Jean-Luc Godard’s second marriage, seen largely through the eyes of his much younger wife (Stacy Martin). Most of the film is set in 1968, when riots rocked France. Louis Garrel plays Godard as an over-intellectualized Maoist jerk – which matches my long-time opinion of him. Hazanavicius satirizes Godard’s style by aping it with overdone narration, lateral camera movements, and breaking the fourth wall. In one scene, Garrel admits that he’s not Godard but an actor playing him. There’s also a running gag about him breaking his glasses.

Two years ago, Richard Linklater was the most interesting American filmmaker around. But after Last Flag Flying and now Where’d You Go, Bernadette, I’m having second thoughts. Cate Blanchett leads an excellent cast, including Billy Crudup, Kristen Wiig, and Laurence Fishburne , and they all valiantly attempt to overcome the simple and overly sweet screenplay. Blanchett plays an unhappy, misanthropic housewife sinking into insanity while her husband and impossibly wise teenage daughter worry about her. The second half is set mostly around Antarctica, and at times it feels like a commercial for visiting that continent. The unbelievably upbeat ending makes the whole movie feel like an after-school special with swear words. 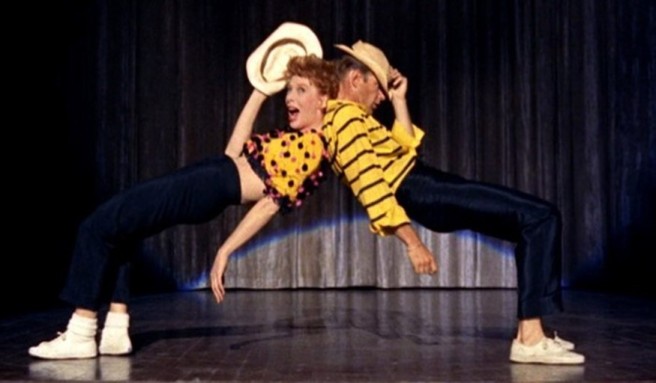 If you want to watch a 1950s musical comedy built around the Faust legend, watch The Band Wagon. Unlike that masterpiece, Damn Yankees – an adaptation of a Broadway show – feels flat most of the time. A middle-aged baseball fanatic sells his soul to the devil to become the world’s greatest baseball player and help the Washington Senators win the pennant. Ray Walston fails to make an interesting devil. Few laughs, no great songs but some good ones. But the movie comes alive whenever Gwen Verdon sings and dances. I can hardly believe that Stanley Donen co-directed it.

I should add that the DVD was awful. It looked like Warner Brothers simply digitized the Laserdisc.

Great auteurs often end their careers with a stinker, so I shouldn’t have been surprised that Yasujirô Ozu’s last film disappointed me. As in his excellent 1949 drama, Late Spring, an aging, widowed father wants his daughter to marry. But this time, the warmth is gone and the characters aren’t fleshed out. When the men aren’t matchmaking, they’re drinking to excess (despite the title, the story covers far more than one afternoon). This was my first color Ozu, and he uses red to an extreme. The near-constant music sounds like it belongs in a light comedy.