The final third of this Australian film, set and shot in Afghanistan, just may bring tears to your eyes. But you’ll have to sit through the dull and unbelievable other two thirds first.

Australian war veteran Mike (Sam Smith), burdened with guilt, goes back to Afghanistan to make amends. He had accidentally killed a noncombatant – a man with a wife and children – in battle. Now, when he’s no longer in the war, he wants to apologize to the family and allow himself to be tried for murder. 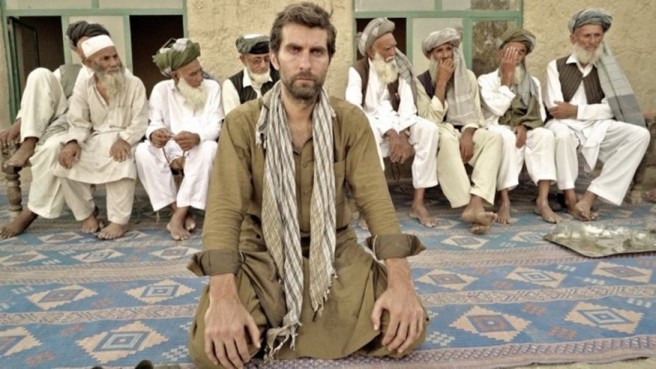 If the plot sounds familiar, it’s similar to Ernst Lubitsch’s Broken Lullaby
(also known as The Man I Killed). Lullaby was not one of Lubitsch’s best, but it’s a hell of a lot better than Jirga.

The movie spends its first 50 or so minutes following Mike as he tries to get to his victim’s village. It’s a difficult and cliché-ridden journey. He’s warned not to go. He hides in a store for fear that someone’s following him. An old man drives Mike part of the way, with a stop for a boat ride and a swim. The two bond. The old man refuses money. Each speaks in his own language, and both seem to understand the other just fine.

Unfortunately, unless you know Pashto, you’ll only understand half of their discussion. There are no subtitles in this part of the movie. Subtitles pop up occasionally elsewhere, but not as regularly as you might like.

Of course, Mike is going to get into trouble with the Taliban. How can you not make a movie about a white man in rural Afghanistan without them? In Mike’s first confrontation with these terrorists, one of them shoots him with a machine gun, but he runs away seemingly faster than the bullets.

Eventually, they capture him, put him in chains, and treat him very badly. What do you expect? You really can’t make a movie where the Taliban are nice guys. But then, suddenly, the Taliban become nice guys. They help Mike get to his destination.

And there, finally, Jirga becomes worth watching. The townspeople clearly hate this man, but they realize that he has come on his own to be judged and possibly executed. Keep in mind that his victim’s widow and children have hated this unnamed enemy for three years. Now they have him. But hatred must contend with basic human decency. 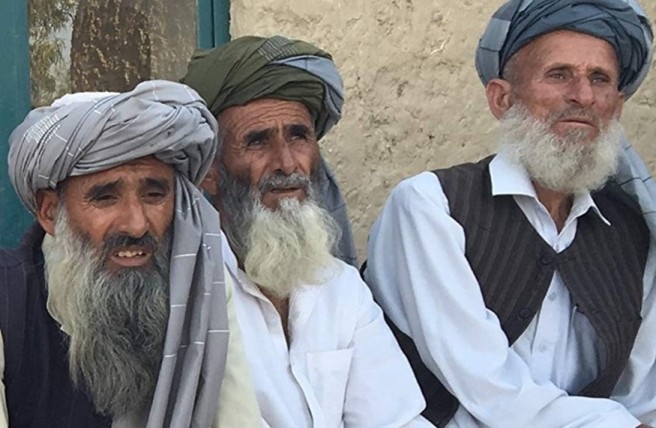 I suspect that writer/director Benjamin Gilmour wrote a great script for a short subject, and then he clumsily expanded it to feature length. In the last minutes, we discover that there’s a bus to the village. Why didn’t Mike use that in the first place?

Jirga opens Friday at the Roxie.