Good comedies come rarely these days. But 20 years ago, as the 20th century came to a close, the American film industry made and released a lot of very funny movies.

Some of them were overlooked. Others did well, but bad sequels tarnished their reputations. Many are still loved. One is among the most beloved films of all time.

It got disappointing reviews when it opened, but the Coen Brothers’ most loved film has become a major cult movie. It even launched a tongue-and-cheek religion.

And it deserves all that love. The Coen’s brilliant idea was to take a Raymond Chandler-type story and replace the tough, street-smart private detective with a drunken pothead slacker who cares only for bowling and calls himself The Dude (Jeff Bridges). The concept, on its own, is hilarious. The execution is damn near perfect.

But it’s more than just a comic riff on a popular genre. There’s a thin, barely grasped sense of Zen to the movie – as if you could throw yourself out into the universe and everything will come out okay…unless it doesn’t.

While The Dude rules, other funny films from the end of the century are still remembered fondly by moviegoers.

There’s no better way to parody a well-known genre than to write characters who know the genre and find themselves living in what they thought was their favorite fiction. Few movies do this better than Galaxy Quest. In this parody of all things Star Trek, the cast of a long-cancelled sci-fi TV show find themselves on a real space adventure with good and bad aliens. Tim Allen, Sigourney Weaver, and Alan Rickman star.

Work…there’s a reason they must pay you to show up. In this broad and funny satire by Mike Judge, three young men struggle with their jobs in a soul-killing tech company. They conspire to fool the computers and skim enough money off the top to allow for early retirement; hopefully, the amount will go unnoticed. Jennifer Aniston plays the waitress whose job is as soul-killing as theirs but pays considerably less. Stephen Root steals the movie as the employee whose soul was crushed long ago.

There’s Something About Mary 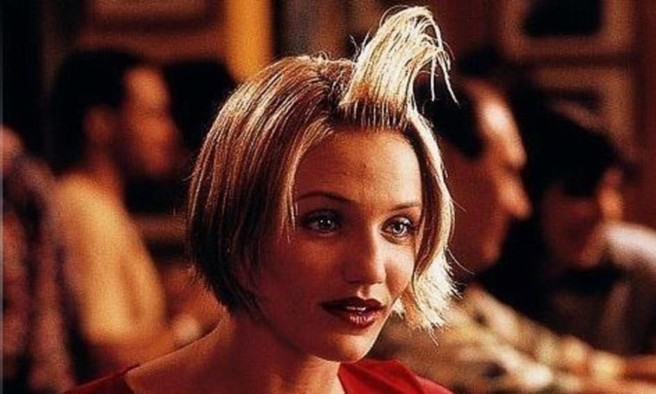 I haven’t seen this one in more than two decades, so I’m going on memory here. The Farrelly brothers all but created the raunchy comedy with this one. The story is simple: A bunch of guys will do anything to get into Mary’s pants. Cameron Diaz, who seems to have completely disappeared in Hollywood (a common fate for actresses), finds the right note as the subject of every man’s attention.

These were not huge hits, but they deserved better than they got. 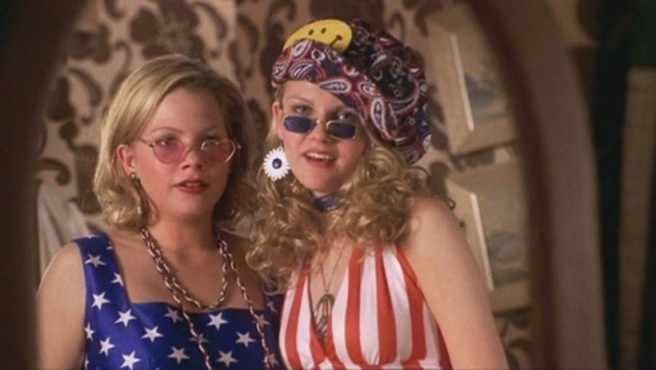 Get your mind out of the gutter; the title refers to Richard Nixon. Two teenage girls living in early-1970s Washington DC (future stars Kirstin Dunst and Michelle Williams) accidentally set off the alarm at the Watergate, and then find themselves at every major turn of the unfolding scandal – usually to the detriment of the President. This little gem probably went unnoticed because its target audience was 90’s teenagers who knew about Watergate. How many millennials would laugh at a truck with the company logo White House Plumbers?

As long as there are going to be superhero movies, there will be parodies of superhero movies. This is one of the best of the later. In this film’s universe, the “real superhero” wears a costume covered with his sponsors’ logos. But a motley gang of superhero wannabes (example: Invisible Boy is only invisible when no one looks at him) set out to save the world.

These comedies were loved when they were new. In fact, they were so successful that the studios asked for sequels. And it was those sequels that left bad tastes in filmgoers’ mouths.

This very funny comedy almost works as a serious Mafia film. Robert De Niro plays a godfather who turns to a psychiatrist (played by Billy Crystal) when he has an emotional breakdown. But working for a mob boss isn’t easy; saying the wrong thing could get the doctor killed. Director Harold Ramis was smart enough to keep much of the mafia stuff serious. There’s real danger and violence here. Both stars play comedy and drama very well.

Matthew Perry plays a very unhappy dentist who befriends a hitman hiding from the syndicate (Bruce Willis). Meanwhile, the dentist’s awful wife (Rosanna Arquette) wants her husband dead. Best of all, Amanda Peet as a groupie who follows not rock stars but hitmen. A very dark but very funny comedy.

Did I miss any? What were your favorite comedies from the end of the century?