A Cinema history documentary
Directed by Pamela B. Green

When I review a biographical documentary, I look for more than an interesting life conventionally told. I want a new way to tell the story, with innovations that help rather than distract. Pamela B. Green does all that in this telling of the first woman film director (and arguably the first director of any gender).

If you’ve never heard of the French filmmaker Alice Guy, you’re in good company. Early on in the doc, a montage of major filmmakers admit that they never heard of her either. Even director and film historian Peter Bogdanovich didn’t know the name.

Guy (rhymes with pea – remember, it’s French) was a 23-year-old secretary at Gaumont in 1896, when movies were just a gimmick. (“Wow! Those photographs move!) She asked her boss if she could make a movie that tells a story. For most of the next 20 years, she turned out films in France and New Jersey, often dealing with racial and gender issues. She also made simple melodramas and comedies, some of them daringly risqué. She also made a Passion of Christ film.

In the very early 20th century, Guy and Gaumont tested a movie sound system. The actors recorded their lines first, then mouthed their performances in front of the camera – a common procedure for movie musicals to this day.

She married a co-worker, Herbert Blaché, which is why you may sometimes see her name as Alice Guy-Blaché. Their company and their marriage died. Blaché had a producer/director career at Universal. Guy spent the remaining 40-plus years of her life as a has been. 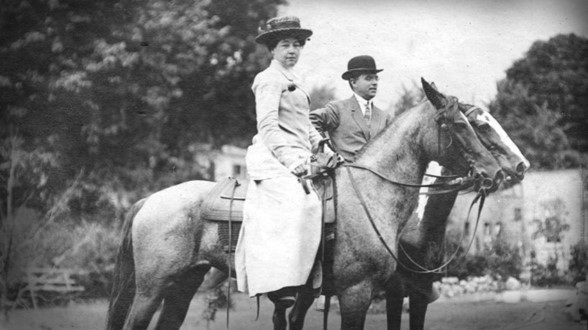 Guy spent much of those later years trying to resurrect her reputation. It was an uphill battle. One history of Gaumont (which still exists as the world’s oldest film company) didn’t even mention her name.

Green shows us the detective work involved with making a historical documentary – without really showing herself. She cuts to a scrap of paper with a hand-written name on it, followed by the same name being typed into a Google search. Soon she’s talking to the great-granddaughter of someone who had worked for Guy.

And that’s not all. Green’s camera visits Paris locations where Guy shot her films, with the old and new footage digitally weaved together. 3D animation shows us her studio.

Guy died in 1968, and her children (born in 1908 and 1912) are gone as well. But Green found recorded interviews, some filmed, from the 1950s and ’60s. Other descendants provide Green and us with notes, letters, and other information.

Near the end, Green turns to the restoration of Guy’s films, most of which have been allowed to decay. But several experts, including Serge Bromberg, discuss how they’re bringing these films back to life and back to audiences. 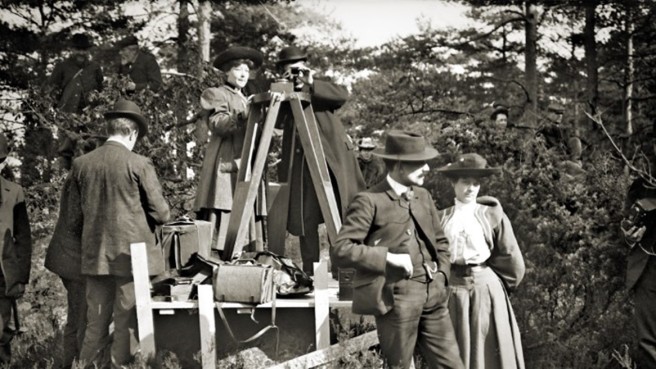 Hopefully, we’ll soon be able to see her films in good condition. But until then, you have this documentary.

You have six Bay Area chances to see Be Natural: The Untold Story of Alice Guy-Blaché on the big screen: