Film festivals are always more exciting on weekends. There’s more movies to watch, and more people to watch them with. Here’s what I saw Saturday at the SFFilm Festival.

State of the Cinema

Rapper and filmmaker Boots Riley gave this year’s State of the Cinema address. As one would expect from the very political Riley, it was more about class struggle than about cinema. But it was still worth listening to.

Riley started his talk with a rhyming rap with the reframe “This is for my fuckers who have bills overdue.” Then he talked about Walter Murch (a previous State of the Cinema speaker) and his theories of why audiences were ready to accept movies. Riley added that “Film hasn’t yet filled its fullest potential.”

He gave a quick overview of working-class American history. “In the 1920s and ’30s, there were a million card-carrying Communists in the USA…The rich people were scared. And that’s why we had the new deal.”

Riley called for an activist cinema. “We need our art to be relevant. It needs to be informed by the way the world really is. We’ve had many Office Space comedies, but you don’t have many with class struggle.”

Judith Dench gets top billing, but she only plays the old Joan. Sophie Cookson plays the young Joan in the flashbacks that make up most of this well-acted story about the ethics of science. While working on the atom bomb during and after World War II, Joan breaks the Secrets Act for ethical reasons. Decades later, the older Joan must suffer the consequences. One of those British films where everyone gives a great performance. 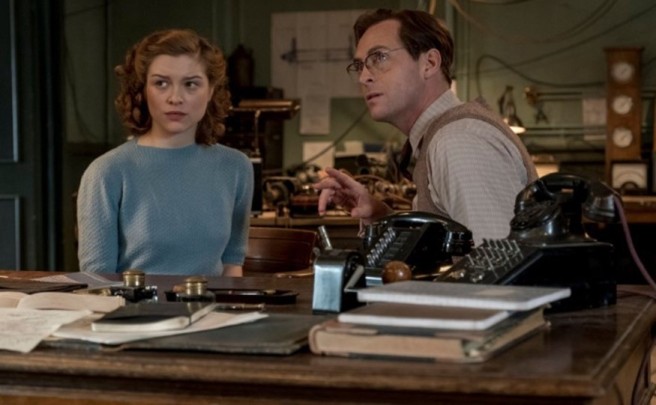 I give Red Joan a B.

The screening was followed by a discussion about scientific ethics. A few comments, edited for brevity and clarity:

This was the only screening of Red Joan at the Festival. But it will open in the Bay Area on April 26.

Knock Down the House

Rachel Lears’ documentary celebrates left-leaning women running in Democratic primaries against entrenched white male politicians. And the word celebrate fits; the audience I saw it with were clapping and cheering. The star, of course, is Alexandria Ocasio-Cortez. She’s funny, charismatic, and open. Unfortunately, she’s the only winner of the four. Cori Bush, Amy Vilela, and Paula Jean Swearengin all lost their primaries. Too bad Ilhan Omar isn’t in the movie. 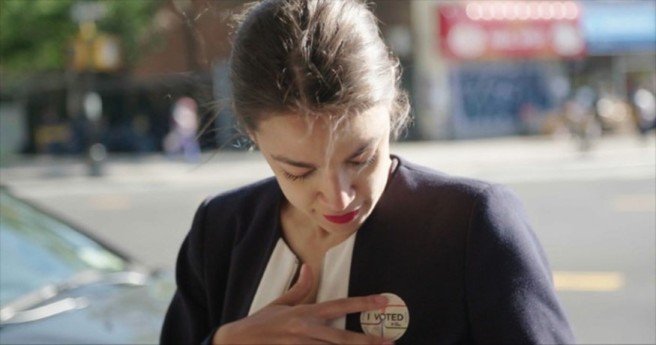 I give Knock Down the House an A-.

After the screening, director Lears and two of her subjects, Cori Bush and Paula Jean Swearengin, came on stage for some Q&A. Some highlights, modified for brevity and clarity.

This was the only SFFilm screening of Knock Down the House. But it will soon be available on Netflix and possibly in theaters.