Valentine’s Day isn’t an official American holiday. No one gets off with pay for it, yet it’s still very popular. Why not? It’s all about sex and romantic love.

Throughout 2019, I’ll be writing articles about holidays and the most appropriate movies to watch on or before those days.

And for this holiday, the number of choices is huge. Almost every commercial narrative feature has two people falling in love. So, if you want to cuddle up with that certain someone and watch a movie filled with mushy stuff, you have plenty of options. And many of them are on Bay Area movie screens that very night.

Let’s start with the New Parkway, which has a special program for February 14. You can have your choice of seeing Amelie, Moonlight, Harold & Maude, or Roman Holiday (the last one with or without a 4-course dinner).

Harold & Maude will also play at the Balboa on a very strange double bill with Harold and Maude and Harold & Kumar go to White Castle. To make things weirder, they’re showing the movies on VHS.

I’m not sure if Pretty in Pink counts as a romantic movie (I never saw it), but it is about the complications of teenage dating, so it probably works. It plays at the Cerrito that special night. 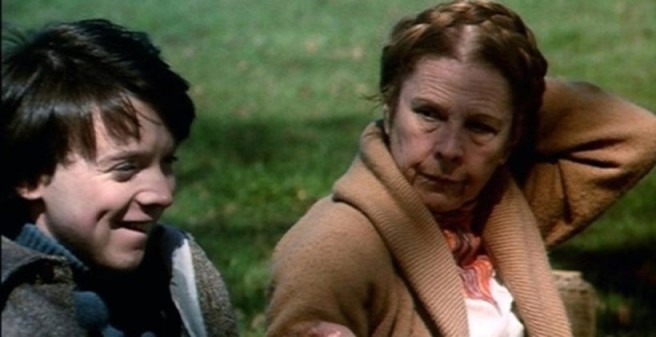 I’ve also never seen (or even heard about) the Rafael‘s special Valentine’s Day movie, Michael Powell and Emeric Pressburger’s I Know Where I’m Going! Anything by the makers of The Red Shoes and The Life and Death of Colonel Blimp is bound to be worth watching. Wendy Hiller plays a woman eager to marry a rich man, until she falls in love with a poor one. It has a reputation of being very romantic.

But if you prefer to cuddle and watch TV at home, I can’t think of a more romantic movie not playing in theaters that day than Richard Linklater’s Before Sunrise. This simple story follows two young people walking, talking, and falling in love over the course of a day in Vienna. They know they must separate in the morning. Read my A+ essay on the film and it’s two sequels. 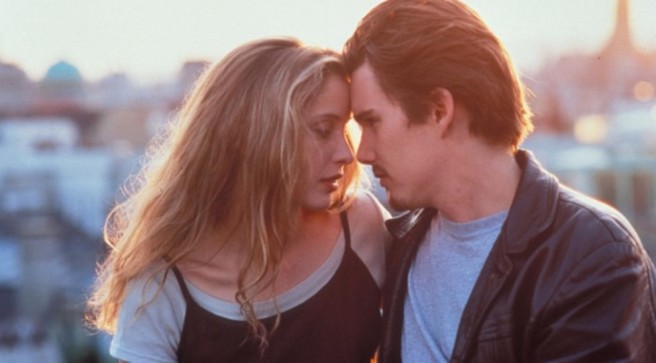 F.W. Murnau’s Sunrise: A Song of Two Humans isn’t as realistic, but it still carries a strong emotional punch. This late silent film starts with a marriage in crisis – even to the point of contemplating murder – and ends in a healed relationship and redemption. Read my Blu-ray review.

Here are a few other films that could work. The links below are to reviews…mostly mine: Annie Hall, Call Me by Your Name, The Kids Are All Right, The Shape of Water, Titanic, and The Umbrellas of Cherbourg. 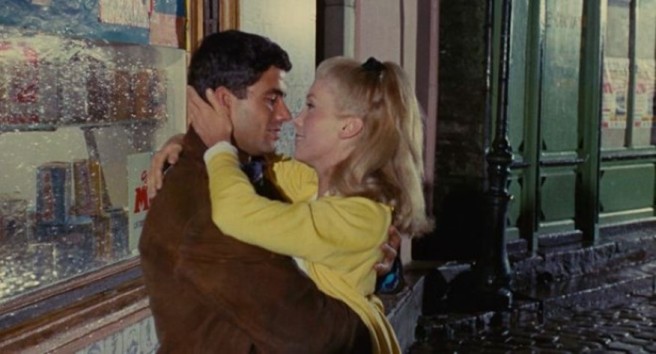 The Umbrellas of Cherbourg