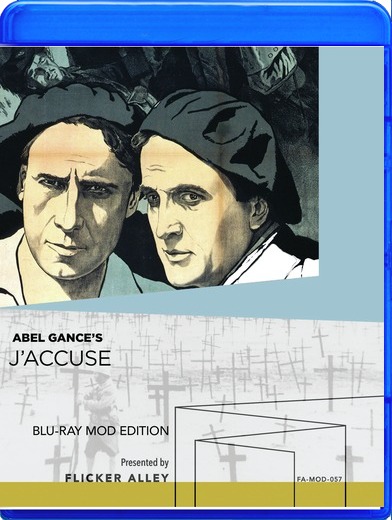 Abel Gance’s J’Accuse! The three main characters are complex and believable, and performed by actors capable of bringing subtle and realistic emotions to the screen. The camerawork and editing don’t just record the performances; they highlight the emotions and show us the horrors of war.

Nine years after the reconstructed and restored J’Accuse!
played the San Francisco Silent Film Festival, it’s finally getting released on Blu-ray, thanks to Lobster Films and Flicker Alley.

One thing I need to make clear: J’Accuse! has nothing to do with Émile Zola and the Dreyfus Affair. For what it’s worth, Roman Polanski is currently making a film called J’Accuse about that historical event.

In the 1919 film J’Accuse!, Gance creates both a massive epic and an intimate love triangle, all set over the full four years of World War I. In this reconstruction, the film runs close to three hours (166 minutes to be precise) and is separated into three sections. 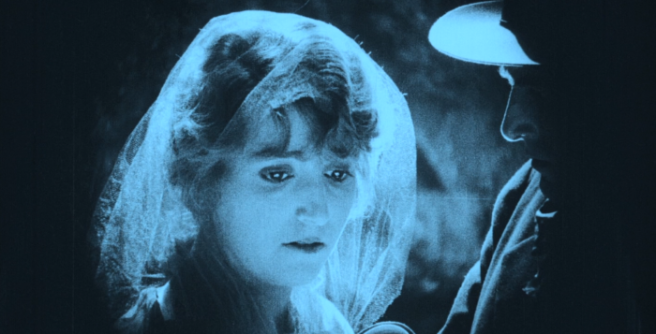 The story seems simple, but you can find layers within it. Edith (Maryse Dauvray) is married to François, a violent, jealous brute (Séverin-Mars), but she loves the gentle poet Jean (Romuald Joubé). It seems inevitable that François will soon break out in violence.

Then the war sends both of the men into the trenches, where Jean becomes François’ commanding officer. Living and fighting together, the two begin to understand each other. But that doesn’t really solve the problem of their competing loves.

Séverin-Mars gives one of cinema’s great performances as François. We see him slowly becoming a more thoughtful and kinder man. And yet the brute is always there, just below the surface, trying to get out. 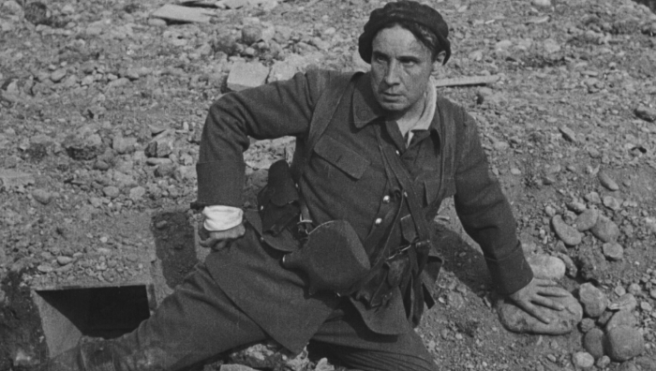 J’Accuse! opened in April 1919 – just five months after the armistice. The film was shot during the last months of the war and the first months of the peace. Some of the battle scenes were shot in a real battle.

The movie climaxes in a huge and impressive ghost sequence, as the dead soldiers rise up to accuse those not worthy of their sacrifice. (I don’t think this spoils anything.)

Gance shows us the horrors of war, but I can’t quite call J’Accuse! an anti-war movie. War becomes François’ redemption. No one ever suggests that this war is pointless. The Germans are treated as cruel and evil brutes. There’s nothing like the scene in The Big Parade where the protagonist discovers that the enemy is just another terrified, dying kid. As with Napoleon, Gance shows a French patriotism that slides troublingly towards nationalism.

Another problem: It has too many endings. At least three times I thought the film was coming to a close, but it didn’t quite happen.

For a 100-year-old film, reconstructed and restored, J’Accuse! looks very good in this 1080p/24p transfer, based on a 2K scan. Yes, there’s a lot of scratches, but that’s to be expected. Almost the entire movie is tinted, and occasionally toned. Combining a tint with a tone created a beautiful two-color look. 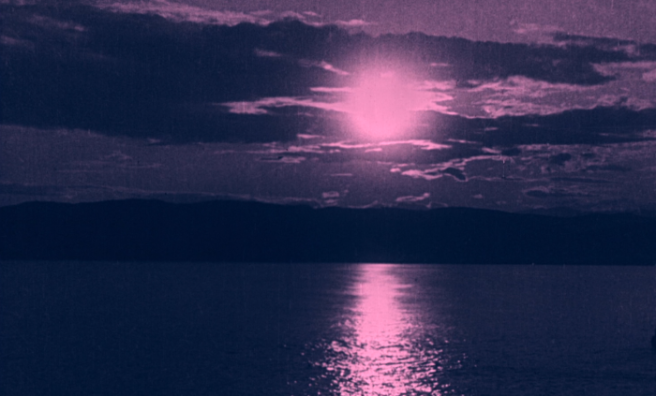 Occasionally, however, a light tint created a flat, fake-looking, unintended effect that I’m pretty sure was the result of a digital flaw.

Robert Israel composed and conducted this orchestral score, which enhances the film’s epic sweep and intimate love triangle. This just may be Israel’s best work. The two-track mix is presented in losslessly-compressed DTS-HD Master Audio.

Like most current releases of foreign-language silents, J’Accuse! is presented with the original French intertitles, with digitally-added English subtitles. I would prefer English-language intertitles designed to look like the French original, but it isn’t my choice. 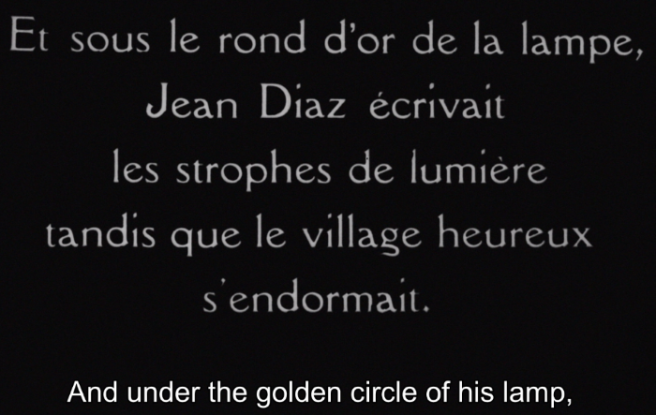 There’s only one supplement on the disc: Paris Pendant La Guerre (Paris During the War). This 33-minute, alleged comedy was made in 1915. It’s just horrible, containing several short vignettes starring long-forgotten celebrities of the day. I suspect that most of them were dialog comedians with no idea how to be funny without a voice.

I would have loved a documentary on how J’Accuse! was made and later restored. 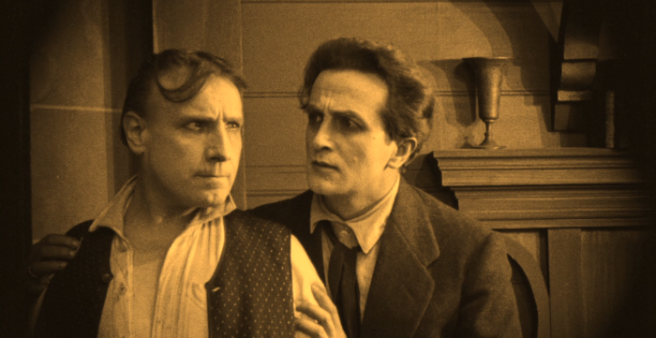