You know how this kind of movie works. The protagonist, never working alone, plans and executes a brilliant crime and, at least initially, gets away with it. Then everything falls apart because crime doesn’t pay.

That’s pretty much what happens in this Mexican thriller. But while sticking to that common formula, Museo finds enough original twists to make it entertaining. It also has a sly, modest sense of humor. 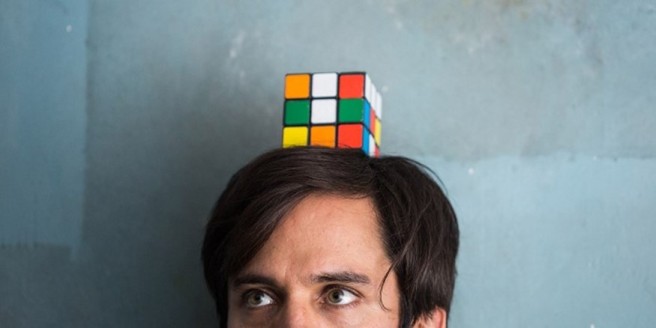 It helps of course to have the extremely talented and charismatic Gael García Bernal in the starring role. His character, Juan, is in his thirties but barely has the brains and maturity of a teenager. His overbearing, constantly serious father doesn’t help much.

Juan shows a surprising brilliance when breaking into the National Anthropology Museum, with the help of only one friend (Leonardo Ortizgris). Rather than breaking a glass display, Juan uses nails, wires, and electricity to melt the glue holding in the glass. The two get away successfully with more than a hundred carefully-protected Mayan relics. And yet it is all planned and executed by a guy who messes up everything else he tries.

The story, by the way, is based on an actual theft in 1985. I have no idea how closely the film follows history. But a more ancient history is in the soul of the movie. The stolen objects are more than a bag of McGuffins; they’re the country’s past, and we get flashes of something more important than Juan’s attempt to get rich quick.

The filmmakers take their time getting to know Juan before the heist. He still lives with his wealthy family, and he’s theoretically training to be a veterinarian. He takes outrageous risks. He works at the Museum for pot money…at least until his lax behavior gets him fired.

But once they’re out of the Museum, everything goes wrong. Juan slowly realizes what he should have figured out from the start: He’s stolen useless loot. Everyone knows it’s hot, and recognizable. No one would dare buy it.

Museo has little of the Hitchcockian flourishes we expect from a thriller. Only in the heist, and one other scene at a road black, puts you on the edge of your seat. Instead, movie produces a kind of mild dread.

Director Alonso Ruizpalacios and cinematographer Damián García do some interesting things with the camera. One long dialog scene, a major turning point in the film, is shot in one take, starting with the camera far back and moving slowly to an intimate conversation.

Museo doesn’t twist you and turn you like you’d expect in a conventional thriller. But it makes for an intelligent and thoughtful entertainment.

Museo opens Friday at the Roxie. Update: The Rafael opening appears to have been postponed to an unyet-set date.