Here are four more capsule reviews of movies playing at this year’s San Francisco Jewish Film Festival. Once again, I have two documentaries and two narratives. Only this time, only one is likely to get a theatrical release.

This is the last I’ll right about this festival before opening night. 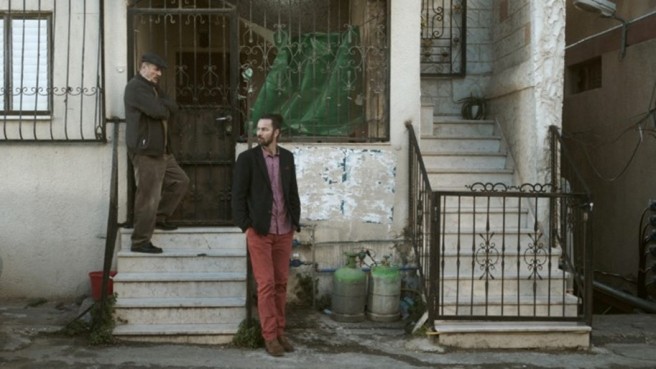 Often very funny, Wajib becomes more serious as it goes on. A young man and his father, both Palestinian Christians, drive through Nazareth, personally handing out wedding invitations (a local custom). As they visit one apartment after another, we meet several cross-sections of a rarely-seen culture. The son lives in Italy (he’s come home to help with the wedding), and his relationship with his father is not a comfortable one. They argue about many things, including the indignities of living under occupation. This is the sort of film where you think you know exactly what’s going to happen, but then the movie surprises you. The lead actors, Saleh Bakri and Mohammed Bakri, really are father and son. 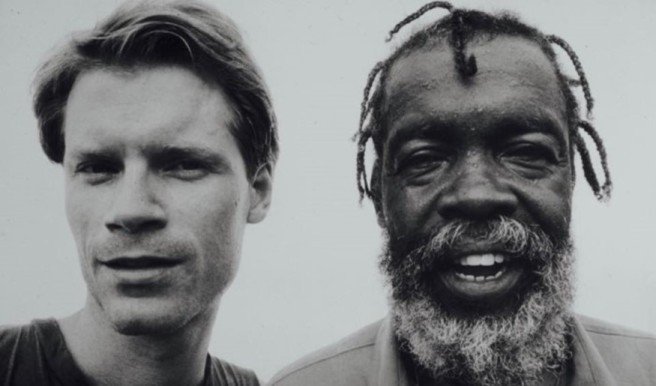 In 1986, a chance meeting of blues musicians created magic. Sterling Magee (aka Mr. Satan), black and old, had had a good career as a session musician, but was now playing on the street. Adam Gussow, white and young, had no real career. Together, Satan & Adam had a good ten-year run before life intervened. Director V. Scott Balcerek tells the story so seamlessly and so entertainingly that I sometimes suspected it was a hoax (it’s not). Flowing with joy and music, and with a full sense of the racial issues involved, Satan & Adam tells a story so strong you might (as I did) suspect it’s fiction.

How does this fit in a Jewish film festival? Adam’s father was Jewish, which doesn’t really make him Jewish by strict religious law. Part of the spotlight Black•ish / Jew•ish. 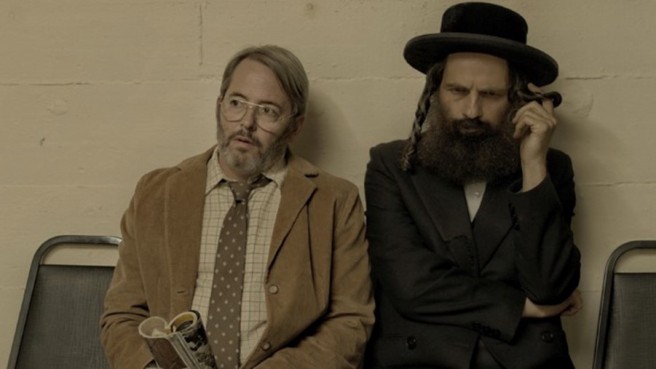 When this film sticks with dark humor, it works – wonderfully. But it flounders when attempting drama. A Hassidic cantor (Géza Röhrig) wants to know how long his recently-deceased wife’s dead body will take to decompose. He convinces a biology professor (Matthew Broderick) to help him in bizarre and illegal experiments (including asphyxiating a pig). It’s hard to sympathize with these characters. The cantor’s morbid obsession deeply hurts his young boys, who seem to be losing their father as well as their mother. And the professor has no believable motivation for helping him. But it is intermediately very funny. 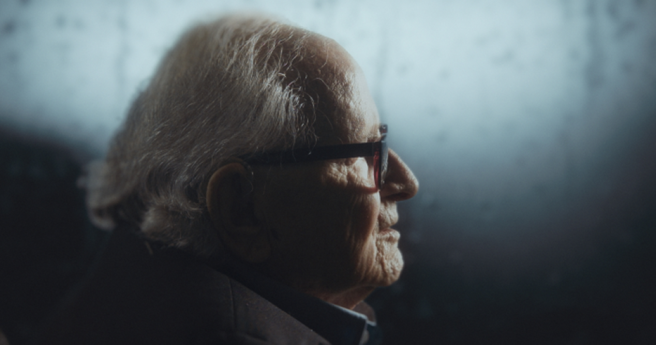 Judging from this documentary, made up primarily of interviews, stock footage, and recreations, Israel’s secret service is filled with brilliant James Bonds (minus the sex appeal) who kill just the right people in order to save civilization from the Arab hordes. Every assassination, every dirty trick, is acceptable for the greater cause. True, the Mossad have done some great things (Adolf Eichmann), but this film either avoids or tries to excuse the organization’s atrocities. It’s a flashy movie, with glossy production values and music that belongs in a thriller. It also gets kind of repetitive.