Stoned grandpa and dead meat, along with Sturges, Hawks, Spielberg, Lubitsch, Antonioni, and no film festivals in Bay Area movie theaters this week.

Considering the documentary’s title and the involvement of outspoken vegan (and movie star) Natalie Portman, one would assume that Eating Animals preaches vegetarianism. But that’s a small part of the documentary’s message. After all, the movie provides profiles of individual chicken, turkey, and pig farmers. What the film really attacks is the huge factory farm industry – and they deserve every attack sent to them. Eating Animals contains many horribly gruesome images, and unlike the gore in horror movies, you know that it’s all real. Read my full review.

This formulaic road movie proves that the formula doesn’t always work – even with a stellar cast. Vera Farmiga plays a single mother going on a long drive with her troubled son and her pot-selling father (Christopher Plummer). The characters are types, not real people. The jokes fall flat. And the feel-good ending makes you feel good only because the movie is over. Read my full review.

A+ Miracle of Morgan’s Creek & A Bringing Up Baby, Stanford, Friday through Sunday 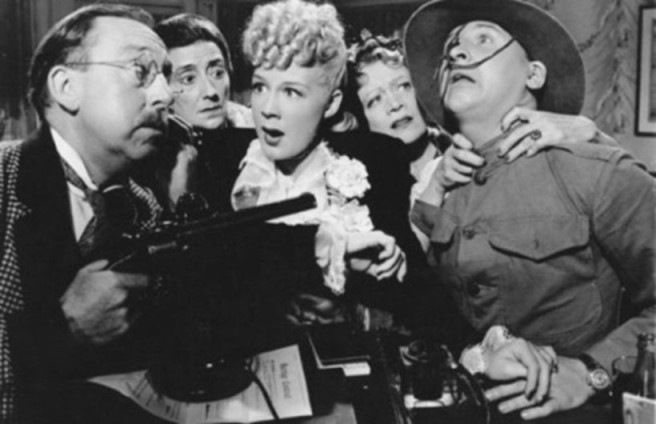 The Miracle of Morgan’s Creek: At a time when it was impossible for a Hollywood picture to criticize the American military or suggest that a young woman could get pregnant out of wedlock, Preston Sturges made a very funny comedy about a teenage girl who goes out with some soldiers and comes back in a family way. Read my A+ appreciation.
Bringing Up Baby: One of the best screwball comedies follows the adventures of a mild-mannered paleontologist (Cary Grant), a ditzy heiress (Katharine Hepburn), and a tame leopard (a tame leopard). Frivolous and hilarious.

Jaws: Steven Spielberg’s first blockbuster starts as a suspenseful, witty variation of Henrik Ibsen’s classic play, An Enemy of the People, and ends as a hair-raising variation on Moby Dick. Its huge box office success created the summer movie season. See my Blu-ray review and Book vs. Movie article.
Duel: Spielberg’s first feature may be the best television movie of the 1970s (which, admittedly, doesn’t sound like much). For some never-explained reason, the unseen driver of a huge truck seems intent on killing commuter Dennis Weaver. A very suspenseful thriller from the time when both Hitchcock and Spielberg worked at Universal. 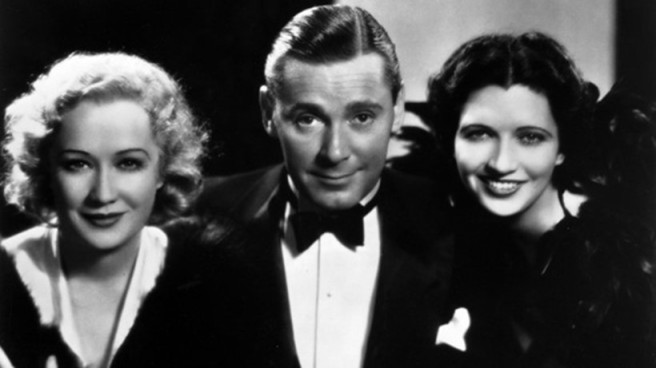 What’s so fascinating and entertaining about witty, sophisticated crooks that makes us want to root for them? I’m not sure, but this near-perfect pre-code screwball proves that whatever it is, it works. Yet another wonderfully amoral Ernst Lubitsch comedy about sex, love, money, and larceny. Starring Miriam Hopkins, Kay Francis, and Herbert Marshall. Film historian Joseph McBride will be in attendance, hawking his new book, How Did Lubitsch Do It?

No one has ever called Michelangelo Antonioni’s study of pollution and madness a thriller, yet it filled me with a sense of foreboding and dread that Alfred Hitchcock seldom matched. Monica Vitti holds the screen as a housewife and mother struggling to maintain her slipping sanity. It’s no surprise she’s breaking down; her husband manages a large factory spewing poison into the air, water, and ground (Antonioni made sure that his first color film would not be beautiful). Carlo Di Palma’s brilliant camerawork adds to the sense of mental isolation. Part of the series Michelangelo Antonioni.

This exceptionally clever 1988 comic fantasy puts animated characters and flesh-and-blood people living side by side in late 1940’s Hollywood. Mere mortal Bob Hoskins must deal with Bugs Bunny, Mickey Mouse, Betty Boop, and other famous pen-and-ink characters who, unlike him, can be hit over the head with an anvil and just shake it off. Funny, outrageous, and delightful for anyone who loves old cartoons. The special effects – based on pencil, ink, and an optical printer – were cutting edge for their day and still impress.

B- The End of the Ottoman Empire, Pacific Film Archive, Friday, 4:30

This isn’t really a movie; it’s a two-part French TV documentary. As historical documentaries go, it’s not bad; unexceptional for PBS but much better than the History Channel. Little thought went into making a good English-language version. For instance, when a British or American historian talks to the camera, we briefly hear them speaking English, then their words are drowned out by the verbal French translation, augmented by English subtitles that don’t match the hard-to-hear verbal English. But it’s an important piece of history, and one that’s made a mess of the world we live in.