A fish-man double bill, a Thanksgiving dinner of boiled shoe, the smiling children of North Korea, a brilliant inventor disguised as a movie star, the absence of God, and two film festivals grace Bay Area movie theaters this week. 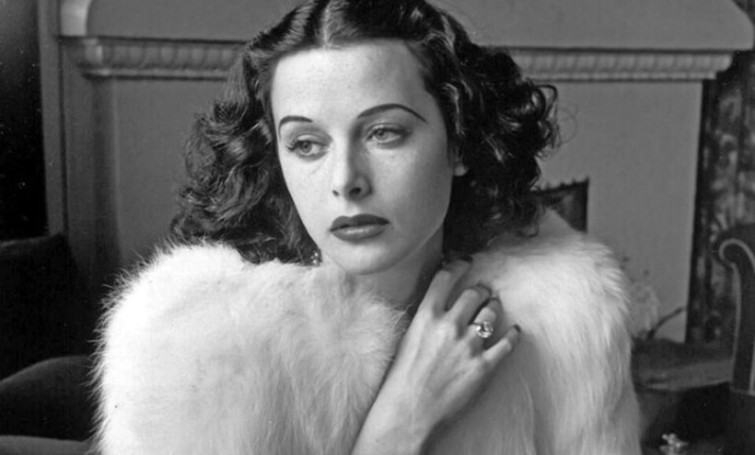 Hollywood movie star Hedy Lemarr had a fascinating life, but not a happy one. Her striking beauty won her fame and fortune, but obscured her real work as an inventor. She had six short marriages. She suffered from drug addiction. She hid the fact that she was Jewish – even to her children. She got no money and only late acclaim for an invention that made cellphones and Wi-Fi possible. Director Alexandra Dean made a well-done but conventionally-styled biographical documentary, but when the story is this good, a conventional telling is just fine. Read my full review. Director Alexandra Dean will be on hand for Q&A at the Clay’s Friday, 7:00 screening and the Rafael’s Saturday, 4:15 screening. 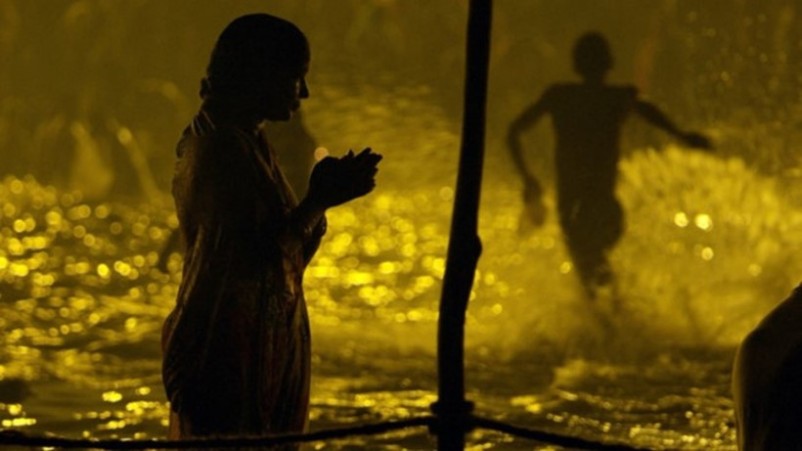 How and why do people practice their religions? And how do these religions effect their followers’ lives? Thomas Lennon sent some 40 camera crews all over the world to find out. The resulting documentary creates a dream-like, meditative state, while allowing you to meet quite a few people whose lives are very different from yours. I suppose the intended message, if there is one, is the universality of human worship. But what Sacred uncovers is the good, bad, joyful, and utterly insane aspects of religion. Read my full review.

Great double bill: The Shape of Water & Creature From the Black Lagoon 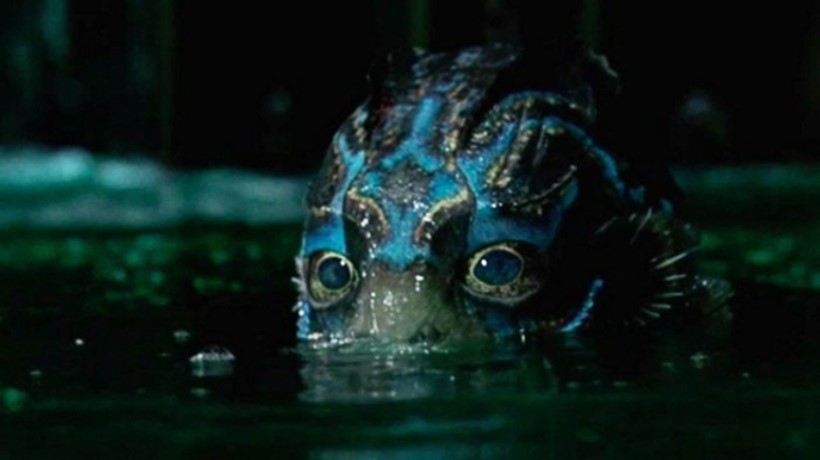 The best film of 2017 (my opinion as well as the Academy’s) sharing a bill with the silly 1954 horror flick that clearly inspired it. Both movies are a lot of fun, but in the case of Creature, the fun comes in unintended laughs. Unfortunately, this screening of Creature will not be in 3D. You can read my further views of both Shape and Creature.

This isn’t really a marathon, but it is a triple bill: two crime thrillers from the 1990s and one from last year. The only one I’ve seen is Kenneth Branagh’s Dead Again, which I saw long ago and liked very much. I believe it was only his second directorial effort, and the first not written by William Shakespeare. The other two are Jade and Gemini. 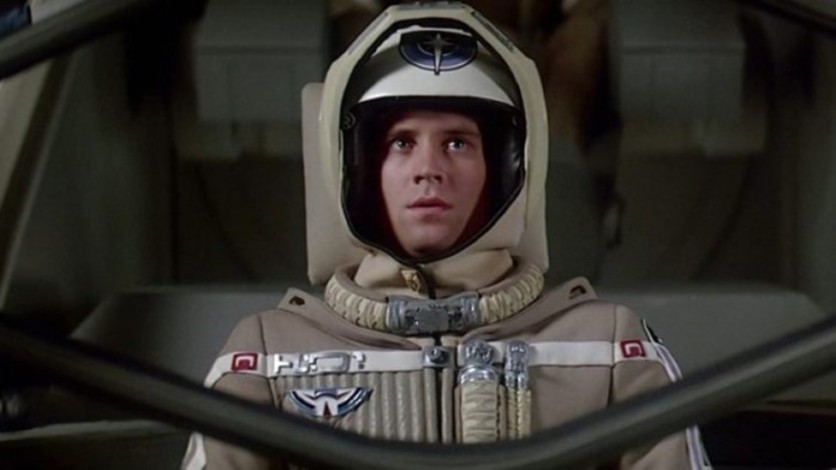 Another one I saw long ago. Soon after George Lucas Return of the Jedi, this modest space opera blew fresh air over the genre by not taking itself seriously. A teenage boy living in a trailer park spends most of his time playing his favorite video game (this is 1984, and you needed a lot of quarters to keep playing). Turns out the game was planted on Earth by good aliens to find someone with the needed skills to save the Universe from the bad aliens. Suddenly, the kid becomes a galactic hero. I remember it being a lot of fun. 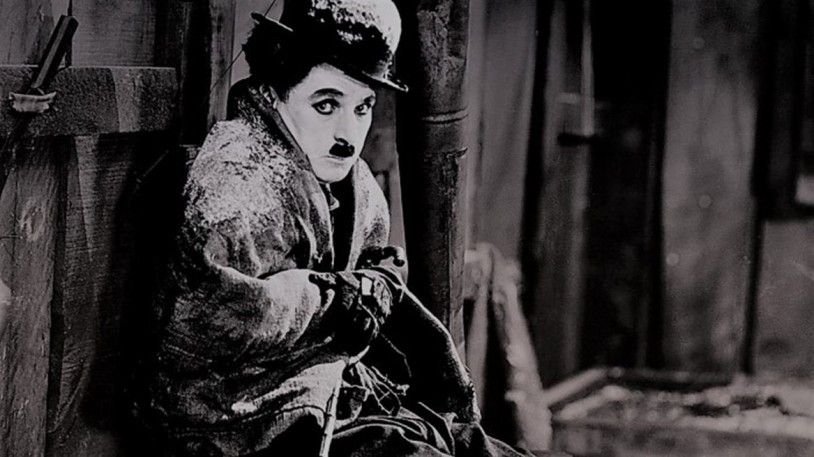 In this epic comic adventure, Chaplin’s tramp travels through the frozen Yukon of the Alaskan gold rush, gets marooned in a cabin with two larger men, nearly starves to death, nearly becomes dinner, and falls in love with a dancehall girl who scarcely knows he’s alive. Within this seemingly-serious story, you’ll find some of Chaplin’s funniest set pieces, including the Thanksgiving dinner of boiled shoe, the dance of the rolls, and my favorite–the fight over the rifle that always points at Charlie. I’ve checked with the New Parkway, and they’re screening the excellent original version, and not the heavily-narrated mess Chaplin rereleased in 1942. Read my Blu-ray Review. 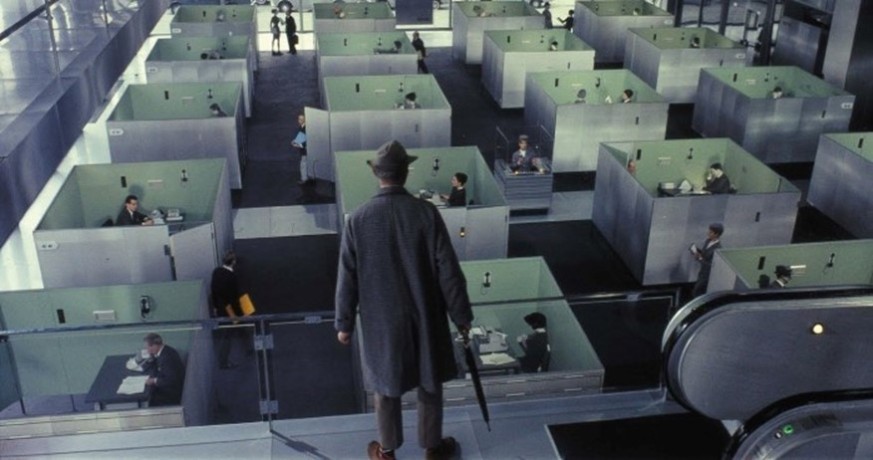 Monsieur Hulot and assorted other specimens of humanity wander adrift and befuddled in a very modern Paris. That’s all there is of plot in Jacques Tati’s large-scale comedy, and that’s all that’s needed. On one level, Tati is commenting on modern architecture. On another, he’s just making us laugh in his odd, almost meditative way. And even when you’re not laughing, you’re fascinated by the little details of Tati’s city-sized universe. The writer/director/producer/star spent (and lost) a fortune on Playtime, building a giant set and shooting the movie in 65mm for 70mm release, and the result is ours to enjoy…immensely. Unfortunately, the film will be screened in 35mm; there is no longer a projectable 70mm print in this country. On a double bill with Agnès Varda’s Faces Places.

B+ Under the Sun, Pacific Film Archive, Wednesday, 7:00 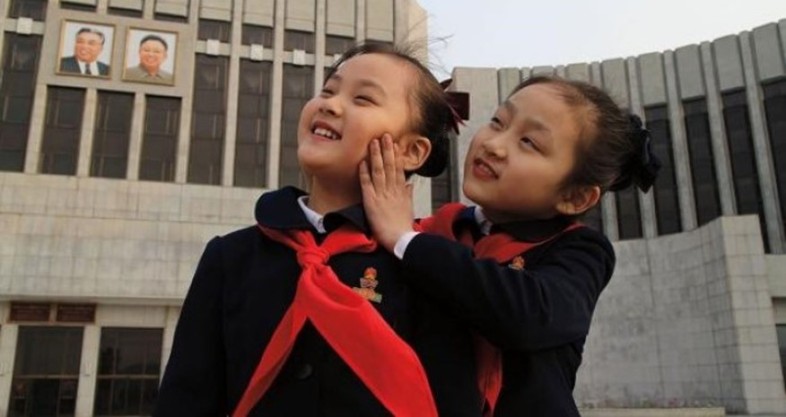 Of course the people of Pyongyang look happy and prosperous. The North Korean government controlled what the filmmakers could shoot and told the subjects what to say and how to say it. But once out of the country and into the editing room, Director Vitaly Mansky could do as he pleased. So he included the footage that shows the fakery. We see the government handler reminding people to smile broader. We see multiple retakes with people spouting increasingly higher made-up statistics. But Mansky makes the point too many times; the film could have been 15 minutes shorter. Part of the series Documentary Voices 2018. 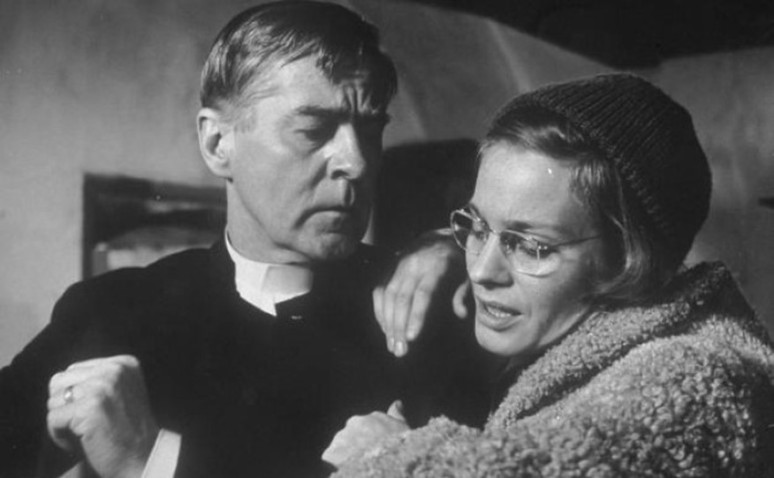 Ingmar Berman made a lot of films about the apparent absence of God, but none more directly than this chamber piece. A small-town minister, emotionally stunted, wonders about the reality of what he preaches. He tries to help a terrified man without success. A woman tries to marry him, but the widowed minister has no interest in her and says so directly. And the church janitor appears to understand Jesus better than the minister. This is a very slow and talky film, full of sad people. You must concentrate to understand it. But if you have any curiosity about faith, it’s worth the effort. Part of the series Bergman 100: The Silence of God. 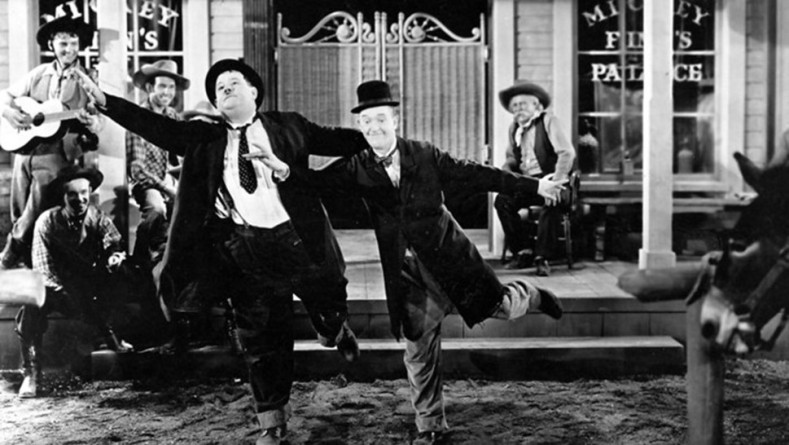 Many fans count this western parody amongst Laurel and Hardy’s best, but I’m not one of them. It has its funny moments, including a very famous dance routine, but in too many places the film drags. Like so many of their features, it gets hung up on plot (a plot, by the way, which the Marx Brothers stole for their western parody, Go West), but Stan and Olly were always at their best when plot was irrelevant. On the other hand, the feature will be preceded with three shorts, including the team’s great classic, The Music Box.