I couldn’t go movie-watching Monday, Tuesday, or Wednesday. But Thursday night, my wife and I managed to get to the Castro for another Noir City double bill.

As expected, Eddie Muller introduced the film: Heading into 1948, “We are now awash in the black tide of noir. In Hollywood it was uplifting, because they didn’t have to make uplifting movies anymore.” He also explained how I Walk Alone fits in the history of crime films. “In the 1930s, there were criminals in the movies, but they were all gangsters. In the 1940s, noir took a different tact. The criminals are now in the system. And that is what this movie is all about.” 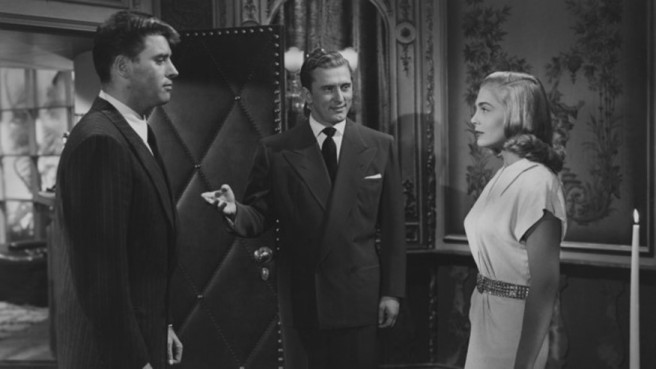 After 14 years in prison, Burt Lancaster walks out a free man. But he’s bitter. His partner and best friend (Kirk Douglas) never even visited him in Sing Sing. But that’s not the worst of it. His partner, now very rich and legit, is unwilling to give him his share of the profits. Despite a few ridiculous plot points, it’s a strong and entertaining thriller, carried by two handsome, hunky men on the foot of stardom. Douglas makes a great villain. Lancaster fans will have a special surprise. There’s one thrilling sequence that almost certainly inspired one of the best scenes in The Flame and the Arrow, a Burt Lancaster swashbuckler made two years later. I won’t go into detail.

I give I Walk Alone a B+. Newly restored, this is the only movie at this festival projected digitally; the others are all 35mm. The digital restoration was very good but not great.

“Sometimes the people who make these movies are on the way up, and sometimes they’re on the way down,” explained Muller when introducing this cheapie. “Director Richard Fleischer was definitely on the way up…Amazingly, one of the writers on this film was a young man named Robert Altman.” He also had some choice comments to say about the uncontrollable star, Lawrence Tierney. “This guy had a rap sheet that was longer than his filmography.” 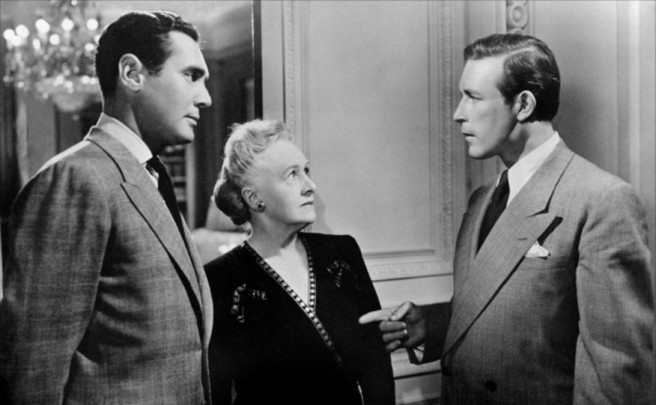 This is a really dumb murder mystery, but a kind-of fun one in a weird way. But probably not in the way it was intended. Tierney may have been wild off screen, but on screen,  he was forgettable – a major problem for a would-be movie star. After watching a feature film where he’s in almost every scene, I don’t think I could identify him in a lineup. He plays a fired police detective who takes a bodyguard job for a meat-packing family. All sorts of things can go wrong in that sort of business. There are better ways to spend 62 minutes.

I give it a C. The print looked great.

There’s more than movies and introductions at Noir City. On the mezzanine you’ll find a bar, and several tables where you can buy dark and entertaining products. For instance, you can buy old and new pulp fiction (the book kind) at the Green Apple Books table. 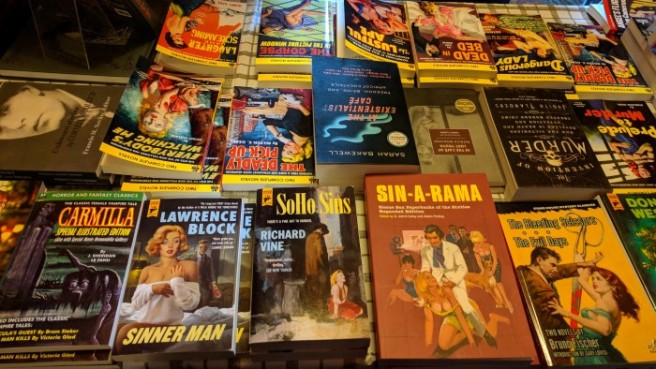 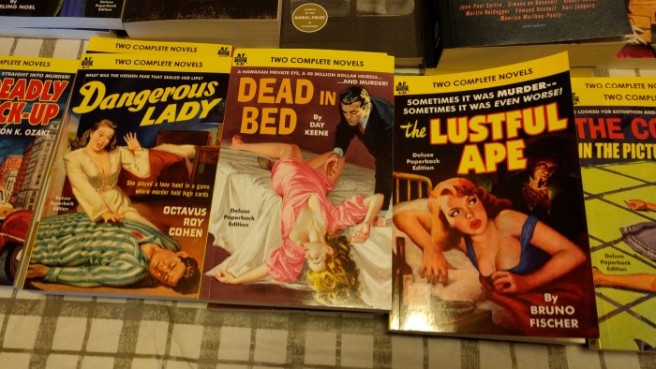 Plenty of people – festival employees, volunteers, and customers, dress for the occasion: 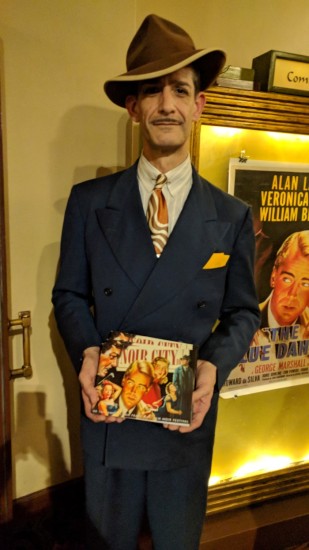 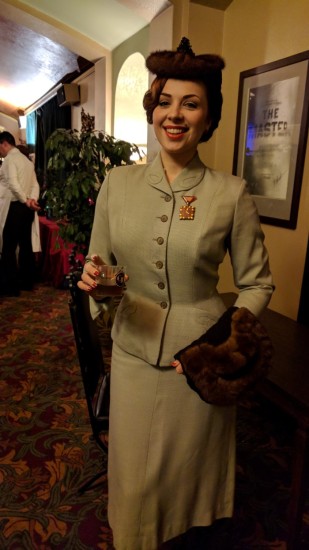 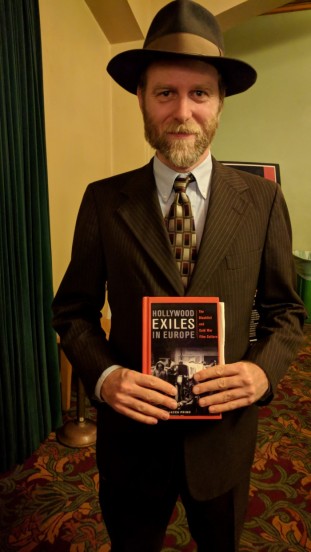 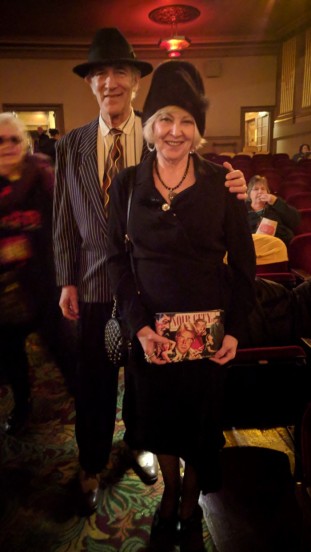