Here are just a few things coming up next month that have nothing to do with the Mill Valley Film Festival.

SFFilm is calling this annual selection of classic and new films a series, but by my definition, it’s a festival. It earns that title because you can spend a whole day (at least on weekends), watching movie after movie, and none of those movies will be playing at the local multiplex.

This year, Modern Cinema focuses on director Todd Haynes and his producing partner, Christine Vachon. In addition to a selection of their shorts, SFIFF will screen seven Haynes features: Poison, Velvet Goldmine, Safe, Mildred Pierce, Far from Heaven, his Bob Dylan tribute I’m Not There (which I didn’t care for much), and his latest, Wonderstruck, which will already be in multiplexes when it screens at Modern Cinema.

They’re also screening two movies from the bad boy of ’70s cinema, Nicolas Roeg: Performance, which was weird even in 1970, and Bad Timing: A Sensual Obsession. Also popping up twice: Alfred Hitchcock, with one of his best and most popular thrillers, Strangers on a Train, and one of his most sadly overlooked, The Wrong Man.

I can enthusiastically recommend several other films on the program. These include Cabaret, Boys Don’t Cry, Heavenly Creatures, Alice’s Restaurant, and the closing-night film, The Night of the Hunter. 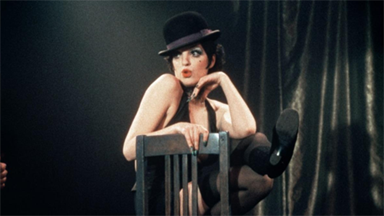 Coming up at the Castro

Programmer Elliot Lavine will take over the Castro every Monday in October for his annual series I Wake Up Dreaming. For this series, Lavine finds and screens rare films from the edge of noir. Eight of the 11 films screened will be projected from 35mm studio archival prints.

Out of those eleven, I’ve seen and can recommend The Manchurian Candidate (1962 version; you can read my Blu-ray review), Invasion of the Body Snatchers (1956 version), and Samuel Fuller’s The Crimson Kimono. The others? Well, I’m definitely curious.

Some other Castro offerings, most of which are October-appropriate.

October 8: Jaws & Creature from the Black Lagoon (in 3D). These movies have surprisingly similar stories. I actually saw this very double bill at the UC Theatre, probably in the late 1970s. Back then, they screened Creature in a horrible, anaglyph 3D print. This time, the Castro will use modern, digital, DCP-based 3D. Believe me, this will look closer to the original, 1954, dual-35mm experience than anything that requires red and green glasses.

October 26: Aliens. A sequel better than the original, and I hope they’ll screen the director’s cut. One a double bill with something called Near Dark.

Creature from the Black Lagoon