We launch the new year with Jack Nicholson, a pajama party, the Mercury astronauts, and stunningly beautiful images.

Close a truly horrific year with a multiplex movie party. For the regular price of a single movie, you get to watch anything and everything at the Alameda. Also included: free pinball, live music, magic, and the ball dropping at midnight (Eastern and Pacific times). Pajamas encouraged. 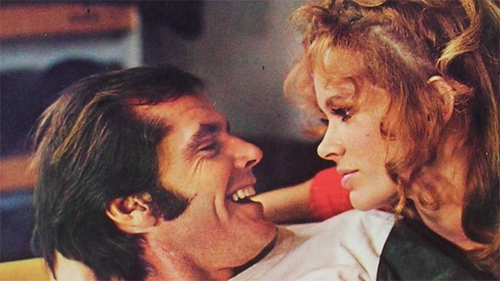 Call it the Great American Loosely-Plotted Character Study. In his first starring role, Jack Nicholson brilliantly plays a relationship-averse blue-collar worker with a surprising family history. Of course he goes on a personal, emotional, and physical journey in the film, but there’s nothing redemptive in it, and he’s not a better man for going through it. Little happens in Five Easy Pieces, but what happens is more than worth following. See my A+ appreciation.

Ron Fricke (Baraka) provides us with a succession of stunningly beautiful and occasionally shocking images, accompanied by a hypnotic musical score and almost no other sound. I sat, enraptured, my eyes and mouth open in astonishment. Although there’s no real story, Samsara is structured like one. Or if not a story, then at least a journey. Fricke shot Samsara in the 70mm format, but stated that the film looks best off a 4K DCP, which I believe will be how the Castro will show it. See my full review as well as More on Samsara, 70mm, and 4K Digital Projection. On a double bill with Fearless. 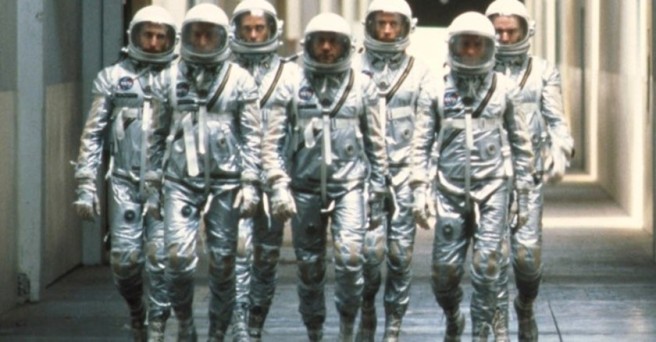 Philip Kaufman’s sprawling epic of the first Americans in space still holds up. Contrasting the quiet, lone-wolf heroism of Chuck Yeager (who broke the sound barrier in 1947) with the Mercury astronauts, who worked as a team in the glare of intense media coverage, the film finds reasons to admire both approaches. Beautifully shot and well acted, with Bay Area comedians showing up in small, funny roles.

It’s hard not to enjoy Pressburger and Powell’s light-as-a-feather musical comedy about adultery and mistaken identity. The sets and costumes intentionally look false–often cartoonish. The story is about as believable as an Astaire/Rogers musical–although it’s far more risqué. But the film’s absolute refusal to take anything seriously, along with the lack of Astaire and Rogers’ charisma, eventually alienates the audience. The filmmakers clearly enjoyed working with the new, wide Cinemascope screen. The final screening in the PFA’s series, Arrows of Desire: the Films of Powell & Pressburger.