I spent Saturday at the Sequoia, where I caught three films in the Mill Valley Film Festival.

They were all very good, and each was better than the one before it. 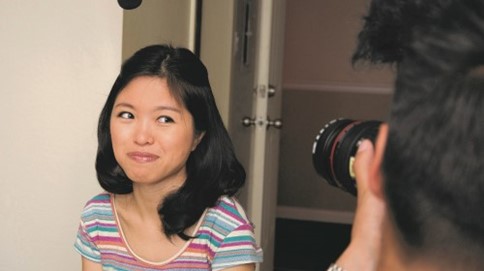 We all know about tech industry sexism. Nora Poggi and Insiyah Saeed’s documentary follows five young women (concentrating on two of them) struggling to create new companies in a competitive world run almost entirely by men. Consider Vietnamese immigrant Thuy Truong, whose company creates a popular iOS app but can’t attract financing. Since this is a documentary, there’s no guaranteed happy ending. But there is a sense that Thuy, and the other subjects, will succeed.

I give She Started It a B+.

After the screening, a full ten people–filmmakers and subjects–stood up for Q&A. Some highlights (edited for brevity and clarity):

She Started It will screen one more time as the Festival: Wednesday, October 12, 10:00am. It may get a theatrical or television release in the future. 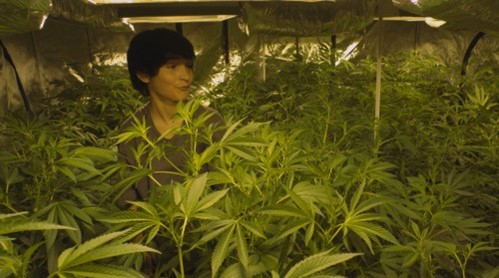 A 13-year-old pothead moves in with his adult brother, who lives in the backwoods and grows pot for a living. Clearly not the best way to raise a troubled adolescent, but they bond and the older brother teaches the younger one a lucrative yet dangerous trade. A funny, touching, suspenseful story about victimless crime. The shaky, handheld photography seems annoying at first, but eventually makes sense as you realize the instability of their life together.

I give Green is Gold an A-.

After the screening, writer/director/editor/star Ryon Baxter led a group of his collaborators in a Q&A. Among the filmmakers were his real-life kid brother, Jimmy Baxter, who played the fictitious kid brother in the movie.

There’s one final screening of Green is Gold at the Festival, but you’ll have to act fast. It’s today, Sunday, at the Rafael, at 6:30. It’s sold out, but tickets may be available at rush.

However, the film has been picked up by Samuel Goldwyn Films, so it will probably get a theatrical release. 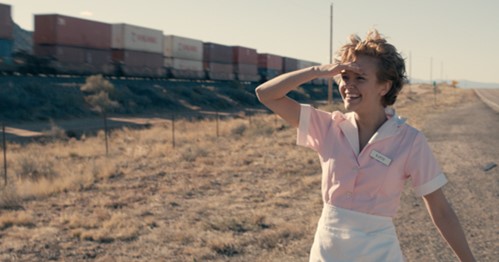 Olivia Cooke gives a stellar performance in this bleak small-town drama. Only 21 when the film was shot, she finds reservoirs of emotion and character subtleties that would be impressive in an actor twice her age. I think she’s going to be the Michelle Williams of her generation.

Here she plays Katie, living in a rundown trailer park and working as a waitress to support herself and her all-but-worthless mother. To make ends meet, she turns tricks on the side. Her only warm relationships are with her boss (the always wonderful Mary Steenburgen), and a fatherly truck driver who’s also one of her regular johns (Jim Belushi in the only likeable performance of his I’ve seen).

Then she falls in love with the new guy in town (Christopher Abbott). He’s strong, rarely talks, and is difficult to read emotionally. Her world is already on edge. With all of her secrets, true love can only make things worse.

I give this one an A.

After the film, writer/director Wayne Roberts, along with several of his collaborators (but not Cooke) stepped up for Q&A. Some highlights:

You have one more chance to see Katie Says Goodbye at the festival…maybe. It’s screening at the Rafael Monday, October 10, at 3:30. The presentation is sold out, but you may be able to buy tickets at rush.

As far as I know, no distributor has picked up this film. But I truly hope one of them does.