Since I last wrote about this year’s San Francisco Jewish Film Festival, I’ve seen five more films and a TV show that will screen at this year’s festival. Here’s what I thought of them, in order from best to worst:

I found this documentary extremely difficult to watch, but also desperately important to experience. It tells the history of the West Bank settlements, mostly through the words of determined, militant, racist, religious fanatics with a worthat’s at odds with basic human decency. It leaves you feeling that there’s no hope for a just peace–probably because there really isn’t any hope. You won’t get this one out of your system easily.

This coming-of-age drama deals with cultural conflicts and the side effects of sexual exploitation. Mark is 16, lives in a suburb of Toronto, and doesn’t know what to do with his life. Then members of his extended family arrive from Russia. One of them, Natasha, is 14 years old, sexually experienced, and has just become his cousin by marriage. She’s sullen whenever her mother is around, but loosens up (maybe too much) when free of maternal contact. The two teenagers soon become lovers, but that clearly can’t last. A very touching film.

What makes this a Jewish film? The characters are all ethnically Jewish, but their Russian identities seem far more important to the story than their Jewish ones.

B+ Germans and Jews

How do today’s German’s deal with the horrible crimes committed by their parents and grandparents? How can they face their own prejudices in a country with almost no Jews? And how do modern Jews relate to modern Germans? Janina Quint points her camera and microphone at several thoughtful and intelligent Germans and Jews, and gets insightful and fascinating answers. One Israeli-raised Jew claims he feels safer in Germany than in Israel. As I watched this conventionally-made documentary, I couldn’t help wishing that the USA would face its own crimes as well as the Germans have faced theirs.

B+ Song of Songs

Most films about shtetl life give it a nostalgic glow, with only the anti-Semites outside causing real trouble. But this story of a 10-year-old boy with a wild imagination barely mentions pogroms. His problems stem from a sadistically stern teacher and a crush on a beautiful orphan girl living with his family. The simple story is slow, low-key, and touching. If for no other reason, see Song of Songs for the photography, which appears to have been inspired by Vermeer.

B- How to Win Enemies

I can’t really call this Argentine crime mystery a thriller, but it has a likeable protagonist and a nice little puzzle of a story (even if I guessed the bad guy way too soon). Lucas, a young lawyer working in the family business and a fan of crime fiction, falls for a con and loses a lot of money. While everyone else insists that he was just a random mark, Lucas is certain that he was targeted by someone who knows him well. And thus a mystery must be solved.

What makes this a Jewish film? Lucas is Jewish, and the film uses his brother’s very Jewish wedding as a framing device. 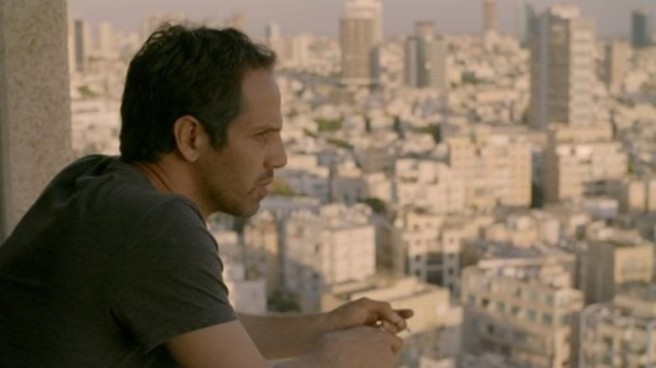 The new TV show by Sayed Kashua is even more autobiographical than his hit Arab Labor. This time, his alter-ego protagonist is the creator or a sitcom called Arabic Work (I don’t know if the title difference is intentional or a subtitle error), and is so obviously Kashua it’s almost embarrassing. The Jew/Arab conflict barely appears here. The story of a commercially successful, desperately unhappy man blurs the line between fiction and autobiography a little too much.

You can also read my previous reviews of four other SFJFF films.