Three new movies, a Giant, a Long Voyage Home. All this and more in this week’s Bay Area screenings.

A young, male Chasid, extremely religious and prone to accidents, survives a near-death experience. He comes out of it changed in slight but (for his family) frightening ways. He doesn’t need his glasses. He refuses to eat meat. He hitchhikes late at night as a way to study the world outside his enclosed community. I found Tikkun strange, spiritual, and very critical of rigid religion. I’m not sure how much a non-Jew would appreciate this fantasy drama set in Jerusalem’s strictest Orthodox community.

This impossible-to-categorize film shows us the world of an inner-city gym through the eyes of a pre-teen. She idolizes her older brother–a gym employee and boxer-in-training. She joins the gym’s synchronized dancing team. But then the girls on the team start having fits, going out of control and shaking hysterically. Read my full review.

World premiere. An HIV-positive man (James Roday) struggles with life, love, friendship, and the faceless insurance company that holds his life in its corporate hands. To add to his problems, his boss and best friend (the always dependable Danny Glover) has been thrown out of his house by his wife. A very touching story about a few days in the life of a man who doesn’t know how much time he has left, but knows he’ll never get old. Screening at Frameline (I didn’t see it in time to include it in my preview).

John Ford adapts Eugene O’Neill in this story of civilian sailors on a freighter in wartime. I saw it long ago, on TV, and look forward to seeing on the big screen. The great cinematographer Gregg Toland allegedly did his best work on this film. 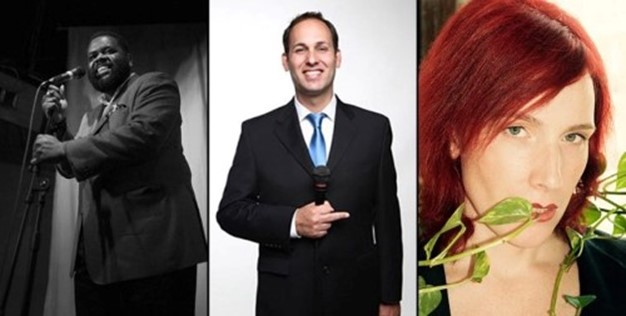 It’s kind of like Mystery Science Theater 3000, performed live, with new talent. Three local comics–Kaseem Bentley, Natasha Muse, and Nato Green will crack wise at a screening of the 2003 remake of The Italian Job. Problem is: I like the movie.

James Dean only plays a supporting role in George Steven’s sprawling epic about 20th-century Texas. The picture really belongs to Rock Hudson and Elizabeth Taylor as a couple who marry almost on a whim and have to find common ground in the long decades of their marriage. As they age, the world evolves around them, with a world war, changing attitudes about race and gender, and a cattle economy transitioning to an oil-based one. Dennis Hopper plays Hudson and Taylor’s grown son, while Dean grows from his usual alienated youth to a middle-aged man. 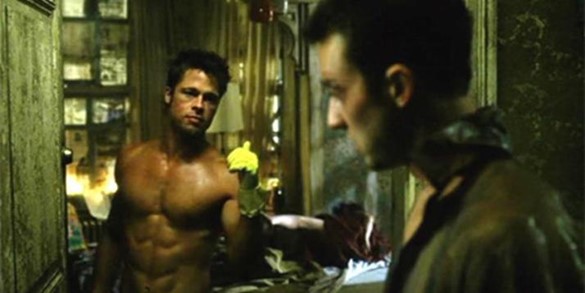 This is one strange and disturbing flick. Edward Norton wants to be Brad Pitt. Who wouldn’t? Pitt’s a free-spirited kind of guy and a real man. Besides, he’s shagging Helena Bonham Carter (who plays an American, and would therefore never use the verb shag). On the other hand, he just might be a fascist. Or maybe…better not give away the strangest plot twist this side of Psycho and Bambi, even if it strains more credibility than a Fox News commentary. And Bonham Carter gets to say the most shocking and hilariously obscene line in Hollywood history.