Six film festivals in the Bay Area this week, and I wish I could cover all of them in detail. Since I can’t, I’ll just list them:

And now, this week’s movies: 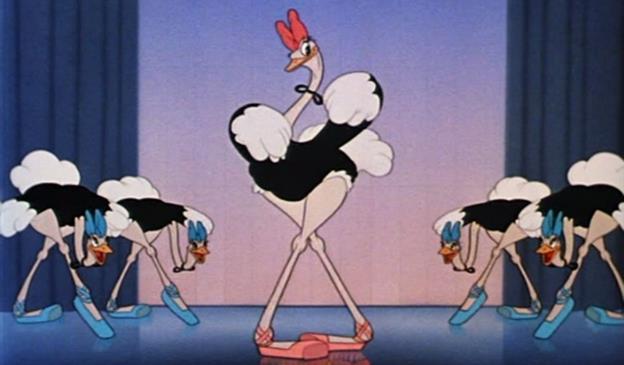 Special 75th Anniversary presentation
I have a sneaking feeling that I don’t really have to tell you about this movie. Decades before MTV, Walt Disney, Leopold Stokowski, and countless other artists took classical music and turned it into poetry. Not every piece is brilliant, but several of them are and none of them are truly bad. A great achievement and an entertaining two hours.

Yes, the plot is silly and some of the cowboy accents are terrible, but when you see Oklahoma! on the big screen, and with an audience, you discover what a remarkable piece of entertainment it is. The songs are catchy, the jokes are funny, and Agnes DeMille’s choreography is amongst the best ever filmed. Historically, the movie racked up a lot of firsts. It was the first Rodgers and Hammerstein picture (based on their first play), the first film shot in Todd-AO, the first presented in 70mm with six-track sound, and the beginning of the roadshow musicals that dominated Hollywood for the next 15 years.The new digital restoration brings back all that Todd-AO beauty.

Buster Keaton pushed film comedy like no one else in his masterpiece. He meticulously recreated the Civil War setting. He mixed slapstick comedy with battlefield death. He hired thousands of extras and filmed what may be the single most expensive shot of the silent era (then used that shot as the setup for a gag whose punch line is a simple close-up). The result was a critical and commercial flop in 1926, but today it’s rightly considered one of the greatest comedies ever made. Read my A+ essay. Also on the bill: Keaton’s short comedy The Blacksmith. As far as I can tell, the musical accompaniment will not be live.

The last thing I expected before 2007 ended was a comedy about unintentional pregnancy that was more truthful, more insightful, and just plain funnier than Knocked Up, but writer Diablo Cody and director Jason Reitman pull it off. And they do so without ever moving into parody or farce, and never straining for laughs. They get a lot of help from star Ellen Page as the titular “cautionary whale.” IMHO, the best film of 2007. Read my full review.

The young hero of Brad (The Incredibles) Bird’s first feature befriends a massively-huge robot from outer space. Hey, Steven Spielberg’s Elliot only had to hide the diminutive ET. The robot seems friendly enough, but there’s good reason to believe he was built as a weapon of mass destruction. Using old-fashioned, hand-drawn animation with plenty of sharp angles, Bird creates a stylized view of small-town American life circa 1958 that straddles satire and nostalgia, and treats most of its inhabitants with warmth and affection. A good movie for all but the youngest kids.

You may never want to take a shower again. In his last great movie, Alfred Hitchcock pulls the rug out from under us several times, leaving the audience unsure who we’re supposed to be rooting for or what could constitute a happy ending. In roles that defined their careers, Janet Leigh stars as a secretary turned thief, and Anthony Perkins as a momma’s boy with a lot to hide. I’ll always regret that I knew too much about Psycho before I saw it; I wish I could erase all memory of this movie and watch it with fresh eyes. On a double bill with Dressed to Kill, which I’ve never seen.

A Diary of a Teenage Girl, , Castro, Wednesday; Roxie, Wednesday, 7:00 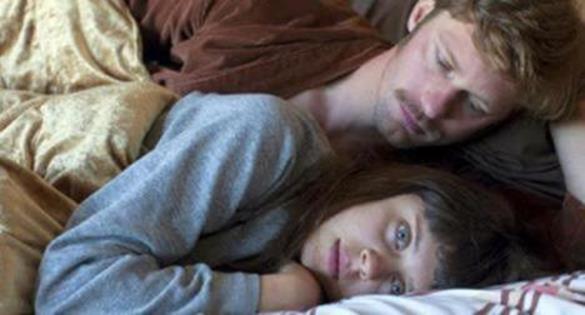 Minnie (Bel Powley in an amazing breakthrough performance) isn’t just any teenage girl. She’s an inspiring cartoonist with an irresponsible hippie mother in 1977 San Francisco–and she’s just lost her virginity to her mother’s boyfriend. The movie bursts with conflict, absurdities, and underground-comic-style animation as it captures San Francisco in the late 70s flawlessly (I was there). But even better, it captures the rocky emotions of a young woman overwhelmed with hormones and not sure what to do with them. On a double bill with Dazed and Confused, which I haven’t seen since it was new but remember liking.

Here’s a star vehicle in every sense of the word–a movie that’s based entirely on showing off Lilly Tomlin’s talent. Fortunately, Tomlin’s talent could easily fill eight movies. As an aging poet trying to raise money to help her granddaughter pay for an abortion, Tomlin is acerbic, touching, unpredictable, outrageous, angry, concerned, and–of course–very funny, The story and the supporting players, especially Julia Garner as the granddaughter, are really there for Tomlin to have people to talk to. But her poet character is such a wonderfully unique, real, and funny person (if not always a nice one) that it makes the movie more than just worthwhile.

C The Sound of Music, Stanford, Friday through Sunday

Many people love it, but I find the biggest money maker of the 1960s lumbering, slow, and dull. Not funny or romantic enough to be light entertainment, yet lacking the substance to be anything else. And most of the songs give the impression that, by their last collaboration, Roger and Hammerstein had run out of steam. On the other hand, the Todd-AO photography of Alpine landscapes makes this one of the most visually beautiful of Hollywood movies–in a picture postcard kind of way. The last show in the Stanford’s Roger and Hammerstein series.

Janis Joplin’s voice seemed to come out of nowhere. But in reality, it came out of the pain and joy and despair and sexuality of a young woman brimming with so much emotion that you felt she might explode. If you’ve ever loved Janis Joplin’s work, this film will reignite that love. If you don’t understand what she was all about, it makes a great introduction to one of the greatest and most influential performers in popular music. Filmmaker Amy Berg put together a touching documentary that finds the right interviews and keeps the music front and center.

This is the movie version of a book about making movies. In the early 60s, François Truffaut interviewed Alfred Hitchcock and together they created one of the great books on filmmaking. Now documentarian Kent Jones has turned that book into a film. He rightly focuses on cinematic technique as he explains the creation of the book and what it taught filmmakers. Top directors, including Wes Anderson, Richard Linklater, and Martin Scorsese, talk onscreen about Hitchcock’s work–how he used camera placement, editing, and other tools of the filmmaker’s art. I enjoyed the movie very much, but I’m biased.

it’s surprising how many people don’t know about singer and political activist Nina Simone. She first gained notice as a classical pianist–an astonishing feat for an African American woman in the middle of the 20th century. Then she started singing and switched to popular music, where she gained far more–and very-well deserved–success. She turned to the civil rights movement, and in doing so turned far more left than other performers, hooking up with Stokely Carmichael and the Black Panthers. After that she was soon forgotten. Director Liz Garbus tells her story in a moving and engaging way.