Feeling depressed? Here’s a little darkness to cheer you up: This year’s edition of Noir City opens its ten-day run tonight. My Noir notes are at the bottom of this newsletter.

B Nebraska, Lark, opens Friday. A good film, but not as good as I’ve learned to expect from Alexander Payne. Yes, Bruce Dern hits the nail on the head for his first lead role since Silent Running. And yes, the movie is filled

with Payne’s trademark human touch and low-key humor. But this father/son road movie, with the father sinking into dementia as the son deals with his own emotional problems, could have lost 20 minutes and have been a better film for it. And the ending sinks too deeply into sentimentality. But the good moments, and there are plenty, make up for a lot of the weaknesses.

B+ The Music Room, Pacific Film Archive, Saturday, 6:30. New 35mm restoration print. The Indian aristocracy is dying, but one high-born nobleman can’t quite see it. In Satyajit Ray’s tale of music

and denial, Chhabi Biswas plays that lost aristocrat, still bringing musicians to his home to entertain himself and a dwindling selection of guests. His money is also dwindling, and his influence on others is already gone. Ray takes a mildly sympathetic and considerably critical look at this lost fool who doesn’t understand that he’s now just another man. I have to admit that I don’t love this film as much as most cinephiles do. Part of the series The Brilliance of Satyajit Ray.

making ace reporter Hildy Johnson a woman (Rosalind Russell), and scheming editor Walter Burns (Cary Grant) her ex-husband. And thus was born one of the funniest screwball comedies of them all–with a bit of serious drama thrown in about an impending execution. Part of the series Funny Ha-Ha: American Comedy, 1930–1959.

A- The Prince of Egypt, New Parkway, Sunday, 12:30. It’s impossible to discuss this animated version of the Exodus story without comparing it to DeMille’s

The Ten Commandments, but they take very different approaches to the tale. DeMille’s version of the Moses story is a four-hour mix of wonderful spectacle and unintentionally hilarious piety, washed down with the silliest of melodrama. But Prince of Egypt takes the story seriously and treats the characters as complex human beings, and thus creates true drama. For this Jew at least, this version is a real, spiritual experience. A San Francisco Jewish Film Festival (SFJFF Kids) presentation. 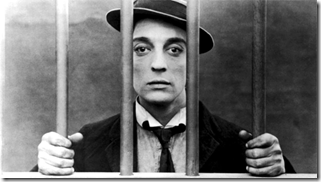 Goat." In this surreal comedy, he finds his photo plastered in newspapers and Wanted bulletins, without really knowing why. Chaplin’s "The Pawnshop" is also very good–an excellent example of his Mutual period. "Number Please" is one of Harold Lloyd’s better shorts, although I always felt Lloyd needed the stronger storylines allowed by features to do his best work. I haven’t seen the Laurel and Hardy entry, "The Finishing Touch." With Greg Pane at the piano.

A- The Palm Beach Story, Pacific Film Archive, Wednesday, 7:00. No one wrote and directed screwball comedies as well as

Preston Sturges, and if this one doesn’t quite come up to the brilliant level of The Lady Eve, it’s still a great time at the movies. It’s not just the absurdity of casting singer Rudy Vallee as the millionaire rival ready to win Claudette Colbert from husband Joel McCrea, it’s also the Weenie King, the Ale and Quail Club, Toto, and the most ridiculous happy ending ever filmed. Another part of the series Funny Ha-Ha: American Comedy, 1930–1959.

really have to tell you about this one, do I? Well, perhaps I have to explain why I’m only giving Oz a B+. Despite its clever songs, lush Technicolor photography, and one great performance (Bert Lahr’s Cowardly Lion), The Wizard of Oz never struck me as the masterpiece that everyone else sees. It’s a good, fun movie, but not quite fun enough to earn an A. I have never experienced the Sing-A-Long version.

B- The Lodger: A Story of the London Fog, Pacific Film Archive, Wednesday, 3:10. Alfred Hitchcock’s second film and first thriller, The Lodger feels like the master in embryo. The plot and the atmosphere set up themes he would use again and again, but this first time, he 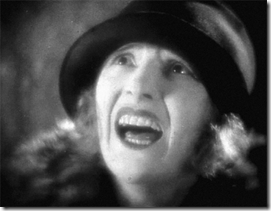 doesn’t quite get it right. For instance, it’s often referred to as his first use the "innocent accused" plot repeated in39 Steps, Strangers on a Train, North by Northwest, and others. But it’s more of a mystery than any of those later works, leaving the audience to wonder if the strange new boarder really is the murderer terrorizing London. This robs the film of much of its potential suspense; we have a hard time rooting for someone that we think might be a serial killer. It’s all made worse by Ivor Novello’s anemic and bizarre performance . But if you love Hitchcock, you have to see The Lodger just for its historical setting. Accompanied by Judith Rosenberg on piano. Part of the series and class, Film 50: History of Cinema.

B Liv & Ingmar, Roxie, opens Friday. Ingmar Bergman and Liv Ullmann comprise one of the great teams in film history.  Their  romantic relationship lasted only five

years. But their artistic collaboration, and their friendship, lasted nearly 40. Dheeraj Akolkar tells the story–or more precisely, lets Ullman tell the story–in this concise, interesting, but flawed 83-minute documentary. The basic problem: It concentrates too much on the romance and friendship but not enough on the collaboration. I wanted more about filmmaking. Read my full review.

All events at the Castro.

impoverished, divided post-war Vienna to meet up with an old friend who has promised him a much-needed job. But he soon discovers that the friend is both newly dead and a wanted criminal. Writer Graham Greene and director Carol Reed place an intriguing mystery inside a world so dark and disillusioned that American noir seems tame by comparison. Then, when the movie is two thirds over, Orson Welles comes onscreen to steal everything but the sprocket holes. On a double bill with Journey into Fear. Opening Night!

gruff, short-tempered, and alcoholic doctor who runs a small slum clinic. Mifune plays a strutting, macho,small-fry gangster torn upset that his tuberculosis may interfere with his high-living lifestyle. Read my Kurosawa Diary entry. On its own, I’d only give Stray Dog a B+. This 1949 police procedural about a rookie detective (Toshiro Mifune) who loses his gun to a pickpocket, works best as a straight-up thriller, and doesn’t work at all when it tries to say something meaningful. I have a Kurosawa Diaries entry on this one, too.