I just received word that the Weinstein Company is appealing ratings on two upcoming films. They’re objecting to the MPAA’s NC-17 rating for Blue Valentine, and an R rating for The King’s Speech.

I saw The King’s Speech at a press screening for the Mill Valley Film Festival, and 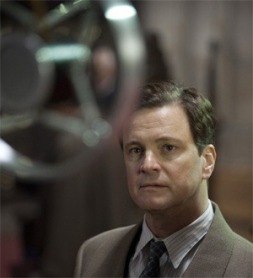 liked it very much. (You’ll find my quick opinion here; my complete review that will go live on December 1st–two days before the film’s Bay Area release.) That this film would get an R rating seems utterly bizarre to me, except in the sense that bizarre ratings are, in themselves, pretty normal.

Yes, there’s one scene where Colin Firth says the word fuck multiple times. If he had said it only once, the film would get a PG-13 rating. I guess hearing it once will not hurt a 16-year-old’s purity, but three times will have them out on the street turning tricks.

I’ve seen PG-13 movies with sexually tinged torture scenes (Casino Royale) and discussions of oral sex (I Love You, Man). Those are apparently acceptable. But repeated use of an old, Anglo-Saxon word is out of the question.

I haven’t seen Blue Valentine, and thus have no opinion on it. But I’ll offer two opinions on the NC-17 rating:

4 thoughts on “Ratings, Censorship, and the Weinstein Company”