The Chinese American Film Festival continues through Thursday at the 4-Star.

A+ Double Bill: Top Hat & The Gay Divorcee, Stanford, Friday and Saturday. The Gay Divorcee, on its own, would probably get only a B-. Arguably the first Astaire-Rogers movie (certainly the first where they were the real stars), it’s a flawed entertainment with one great dance number, a few funny lines, and some historical interest. In fact, you could easily mistake The Gay 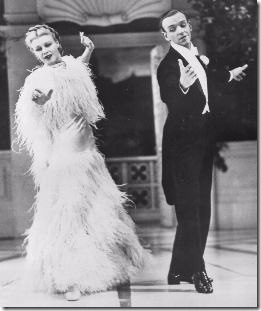 Divorcee for  an inferior rip-off of the very similar but vastly-superior Top Hat. But Top Hat is the rip-off—it just happens to be superior to the original. If escapism is a valid artistic goal, Top Hat is a great work of art. From the perfect clothes that everyone wears so well to the absurd mistaken-identity plot to the art deco set that makes Venice look like a very exclusive water park, everything about Top Hat tells you not to take it seriously. But who needs realism when Fred Astaire dances his way into Ginger Rogers’ heart to four great Irving Berlin tunes (and one mediocre one)? And when the music stops, it’s still a very good comedy.

A Spirited Away, Red Vic, Tuesday. Hayao Miyazaki’s masterpiece is a beautiful, complex, and occasionally scary tale of a young girl cast into a strange and magical world. The intriguing and imaginative creatures, not to mention the moral dilemmas, are beyond anything that Dorothy ever had to deal with in Oz. I’m not sure if they’ll be screening the dubbed or superior subtitled version.

A+ Rashomon, Castro, Friday and Saturday. I know that I’ve reviewed  Kurosawa’s first masterpiece–the film that opened Japanese cinema to the world and, decades later, introduced me to my favorite filmmaker. But according to a search of my site, I’ve never reviewed it. How could I remember it one way, when the WordPress search engine remembers it differently? I could check Google, but what if its memory contradicts both? If you don’t understand what I’m talking about, you haven’t seen Rashomon, and that’s a real shame. The Castro will screen a newly restored 35mm print.

B The Graduate, Clay, Friday and Saturday, midnight.  Maybe it’s no longer the breakthrough movie it was in 1967, but The Graduate is still a well-made romantic comedy with serious overtones. And, of course, it gets Bay Area geography all wrong.

A+ Raiders of the Lost Ark, Piedmont, Friday and Saturday, midnight.  Steven 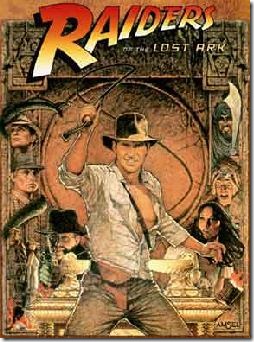 Spielberg directed it, and the bad guys are Nazis, but it’s as far from Schindler’s List as a great movie can get. What else can I say? If you object to mindless, escapist action flicks on principle, you won’t see it anyway. If you don’t, you probably already love it.

A Swing Time, Stanford, Sunday and Monday. If Top Hat is the perfect Astaire-Rogers movie, Swing Time is a close second, and the only other masterpiece in the series. Even by Astaire-Rogers standards, the plot is lightweight: Fred is an incredibly lucky gambler who for private reasons has to limit his winnings. It’s just an excuse for Fred and Ginger to fall in love, fight, break up, fall in love again, and repeat the cycle, all the while singing and dancing. The Dorothy Fields/Jerome Kern songs (“Pick Yourself Up,” “The Way You Look Tonight,” “A Fine Romance”) are among the best of that decade, and the dancing more than does them justice. The “Never Gonna Dance” number is one of the saddest, most sublime dances ever. On a double bill with Yankee Doodle Dandy.