Double Bill: The Crowd & Our Daily Bread, Stanford, Friday, 7:30. Silent film was great for melodrama and better for comedy, but we don’t think o f it as the best medium for serious social drama. Yet few dramas are as enthralling, intelligent, or entertaining as The Crowd, King Vidor’s

examination of the failed American dream and that failure’s effect on a marriage. Using actual locations, realistic and expressionistic sets, and the subtlety of the human face, Vidor creates two very real individuals and tracks the journey from simple American optimism to despair. With Dennis James at the organ. Our Daily Bread is Vidor’s talkie sort-of sequel to The Crowd, where our everyman and woman face the depression and start a communal farm. No masterpiece (I’m not a fan of Vidor’s talkies), but historically fascinating. 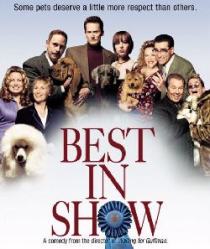 Best In Show, Cerrito, Tuesday, 9:15. Christopher Guest’s dog-show mockumentary has more than its share of hilarious moments. The rest of it is pretty funny, too. A benefit for EBAC.

The Reader, Castro, Sunday. I have to ask myself: Am I a Kate Winslet fan because she’s a brilliant actor with an excellent taste in scripts, or because she takes her clothes off in almost every film? Probably a combination of both. Here she plays her least sympathetic character, but you still care for her greatly. Questions of guilt, evil, and the corruption of innocence abound. But would the main male character (played by David Kross and Ralph Fiennes at different ages) really be that messed up just because he had an affair at 15?

The Wrestler, Castro, Friday. Yes, Mickey Rourke and Marisa Tomei both give outstanding performances; in Rourke’s case, it was as physically risky as it was emotionally so. And yes, the movie took me into a subculture I had never seen before. What’s more, it had what was probably the most difficult-to-watch sequence in my lifetime of movie-going. But there seemed to be something hollow inside the story, as if writer Robert D. Siegel and director Darren Aronofsky weren’t willing to plunge in as deeply as Rourke. And the ending was horribly clichéd. On a double-bill with Runaway Train.

Medicine for Melancholy, Elmwood, opens Friday. One could describe 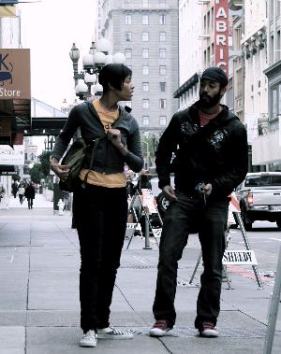 this low-budget indi as the African-American version (and the Bay Area version) of Before Sunrise. We discover the two characters as they discover each other, maneuver around their mutual attraction, and talk about their very different attitudes about life and race. Wyatt Cenac (of the Daily Show) and Tracey Heggins make attractive and likable leads, and for the first hour they’re completely worth spending time with. But two-thirds of the way through the movie takes a wrong turn to nowhere. Beautifully shot with a color palette so desaturated it often looks like black and white. I saw Medicine for Melancholy at the 2008 San Francisco International Film Festival. Read my more in-depth report.