Note: I attended to set this article to go live on Friday, December 23, at 8:30am. But, by my mistake, it came out earlier.

There’s not much Christmas spirit in Bay Area cinemas this holiday week – unless you count Die Hard. But there’s joy in the Richmond district. The 4-Star cinema is showing five vintage movies all worth watching. And some in other theaters, too.

As usual for the end of the year, there are no film festivals this week.

I’m not sure if this is a brilliant film, or a very well-made mess. A teenage boy has serious mental problems. His parents, who are divorced, try desperately to find out what’s causing the problem and how to fix it. The boy lies about going to school and everything else. He may be suicidal. The brilliant cast includes Hugh Jackman, Laura Dern, Vanessa Kirby, Anthony Hopkins, and the young Zen McGrath. The main characters, who seem to be intelligent, do the most stupid things. If you know anything about writing plays and screenplays, you’ll know how the movie ends. I’m not sure if that was intended.

Here’s a funny, silly, action-packed, crazy joyride starring Michelle Yeoh. In trouble with the IRS, she’s struggling to save her laundromat. She also has husband problems, father problems, and teenage daughter problems. Things get truly out of control when people suddenly start changing. What’s happening? They’re not the people she knows, but variations of them from other universes. It turns out that Yeoh’s character is the only person who can save the multiverse – with help from her dysfunctional family, of course. There’s a lot of over-the-top fighting, mostly at the IRS office. 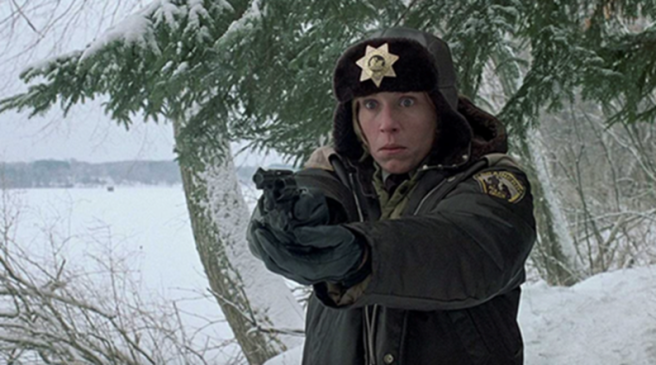 The ultimate crime-gone-wrong thriller and the Coen Brothers’ masterpiece, Fargo treads that thin line between the horrific and the hilarious while never forgetting the humane. With star-making performances by William H. Macy, as a man in way over his head, and Frances McDormand, as a very pregnant police officer with a lot of empathy and common sense. Also starring the bleakest snowscapes in American cinema. Read My Thoughts on Fargo. 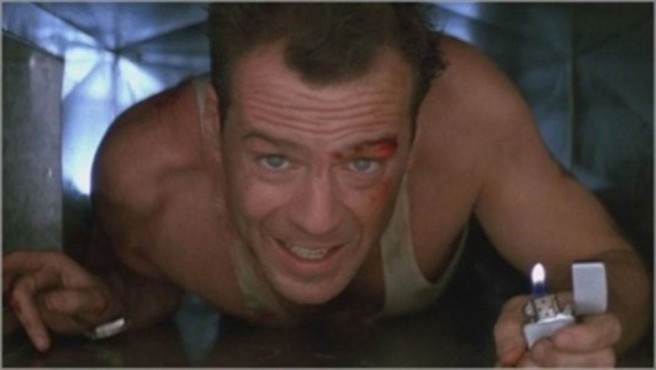 The original Die Hard is easily one of the best action films ever made. On Christmas eve, very evil people who don’t care how many innocent bystanders die, take over a partially built skyscraper. Luckily, one man (Bruce Willis) is in the building but out of their control. Barefoot and initially armed with only a pistol, he must do what he can to stop them and save the hostages – which include his estranged wife. The movie’s power comes from its willingness to spend time on character development before the action starts, and by allowing the hero to be physically and emotionally vulnerable. Read my essay. 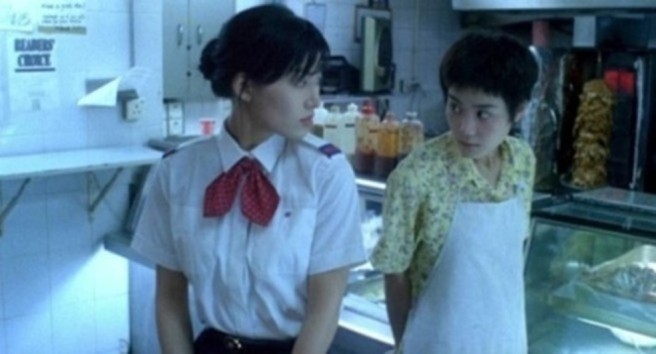 A strange and inexplicable movie…mostly in a good way. Chungking Express contains two separate boy-meets-girl stories, one told after the other. The men in both stories are cops obsessed with food and looking for love. One woman is a master criminal who carries a gun and is willing to use it. The other is an eccentric waitress who loves The Mamas and the Papas. Writer/director Kar-Wai Wong and cinematographer Andrew Lau Wai-Keung find ways to tell a story and make cinema new all over again.

Billy Wilder won a Best Picture Oscar for this serious comedy about powerful men exploiting those working below them. Jack Lemmon gave one of his best performances as a minor white-collar worker who rises in the company by loaning his apartment to company executives. These married men need a private place for hanky-panky with their mistresses. With Fred MacMurray as the top exploiter and Shirley MacLane as the woman he exploits and Lemmon loves. Read my Blu-ray review. 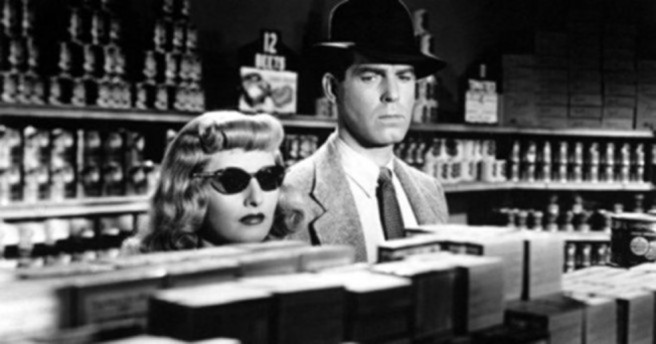 Rich, unhappy, and evil housewife Barbara Stanwyck leads insurance salesman Fred MacMurray by the libido from adultery to murder in Billy Wilder’s near-perfect noir thriller. Not that she has any trouble leading him (this is not the wholesome MacMurray we remember from My Three Sons).  Edward G. Robinson is in fine form as the co-worker and close friend that MacMurray must deceive. A great, gritty thriller about sex (or the code-era equivalent) and betrayal.

As a teenager, I loved the musical stage play and hated the movie (I saw both when they were relatively new). I felt that the film’s production values were too big, and the comic timing was off. Now I can appreciate what director Norman Jewison was trying to do (he isn’t Jewish). Rather than making a musical comedy with a period setting and a serious undertone, he turned it into a historical spectacle with songs. It’s fun, but only when appropriate. And its sympathetic story of older people uncomfortable with change is both sad and hopeful. Read my article. 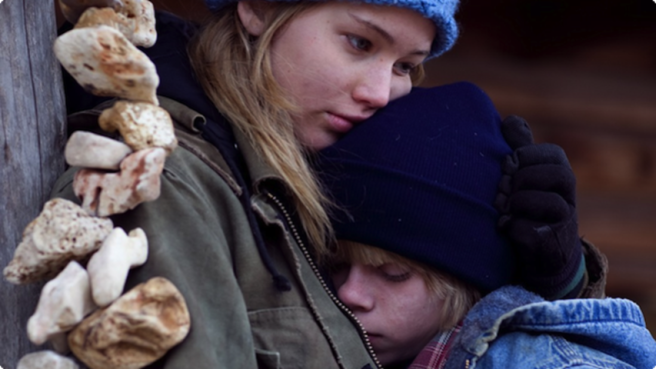 This may be the slowest mystery/thriller ever made, and that doesn’t hurt it a bit. With her father gone and her mother hopeless, teenager Ree (Jennifer Lawrence) has become the responsible caregiver for her younger siblings in their ramshackle home in the Ozark backwoods. But things get bad when the sheriff visits. Her father has jumped bail, and unless he’s found in seven days, they lose their property. You’ll never easily dismiss these people as “hillbillies” again.

16mm! Silent comedian Harold Lloyd in his “just funny” mode – as opposed to his slightly-serious “heart” mode. Lloyd plays a rich jerk who falls in love with a good girl (Jobyna Ralston). Harold tricks both the crooks and the police and brings his very drunk friends to the wedding barely on time. Also, with the shorts Alice’s Balloon Race and There Ain’t No Santa Claus (starring Charley Chase). Frederick Hodges will accompany these silent films on the piano.

Jacques Demy’s follow-up to The Umbrellas of Cherbourg doesn’t match his first musical. It’s lighter, following various stories about people not quite recognizing their true loves…until the movie provides multiple happy endings. The dancing is much more elaborate, but it’s derivative of West Side Story and An American in Paris. It even has George Chakiris and Gene Kelly in supporting roles. There’s also an off-screen murder subplot that just feels pointless.