I’ve been writing a lot about Buster Keaton lately, thanks to BAMPFA‘s series Camera Man: Buster Keaton. I’ve been a fan of the Great Stoneface for more than 50 years now. but it’s great to experience these films theatrically, with live music and other people laughing.

I missed Sherlock Jr., so my first experience of this series was one of my favorites, Our Hospitality. Three years before he made The General, Buster Keaton mined the antebellum South for comic gold in this almost gentle comedy about a Hatfield/McCoy–type feud. The New York-raised Buster goes down south to inherit his estate, but when he arrives at his destination, he finds himself a guest in the home of men sworn to kill him. Luckily, the code of southern hospitality forbids killing a guest…as long as he’s in your house. 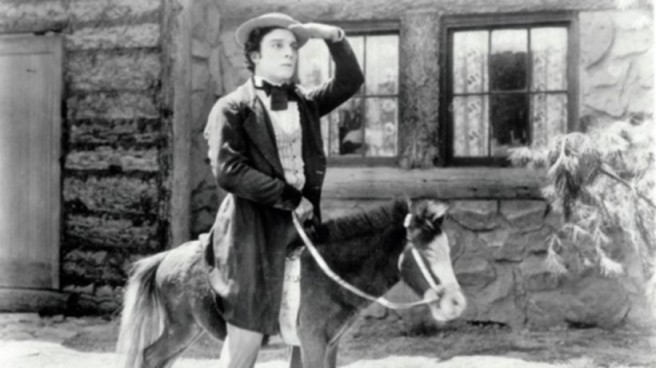 The movie was pretty much a family affair. Keaton’s father had a large and very funny part. His wife, Natalie Talmadge, played his romantic interest. Their baby shows up, too. Watching the movie in a swarm of laughing people, with Judith Rosenberg’s piano accompaniment – well, it’s a lot better than watching at home.

I skipped The General. I know every frame of that movie.

Wednesday night came the show that I was waiting to see: Keaton in Context: Silent Comedies by and with Mabel Normand, Roscoe Arbuckle, and Bert Williams – a selection of comic shorts by other filmmakers from 1914 through 1919. Keaton was in only two of the films, and never as the star.

Film historian Dana Stevens introduced the films. Stevens is the author of Camera Man: Buster Keaton, The Dawn of Cinema and the Invention of the Twentieth Century. It’s not just another Keaton biography. Stevens takes a different approach. This book puts Keaton, who was born in the same year as cinema (1895), into the world he lived in. I bought the book, but I haven’t yet read it.

The five shorts that Stevens selected to illustrate the evolution of comic cinema: 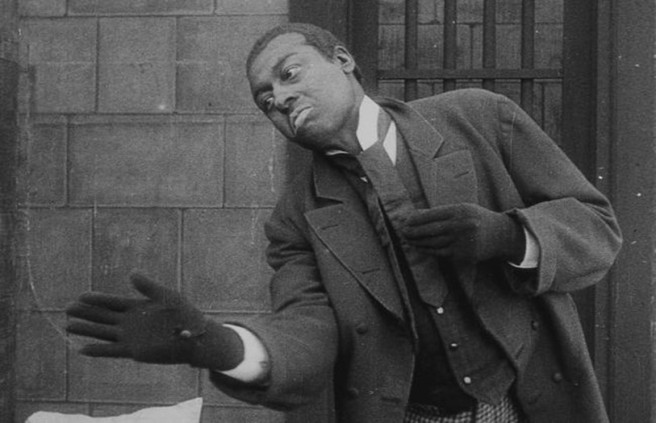