Who would you expect to direct the better Shakespeare film: Kenneth Branagh or Joss Whedon? Sounds like a stupid question. Branagh is our generation’s Laurence Olivier – the man who turns the bard into flesh and blood. Whedon makes sci-fi and runs a production company called Mutant Enemy Productions. Yet Whedon’s film of Much Ado About Nothing, made in 2012, easily outdoes Branagh’s 1993 movie. 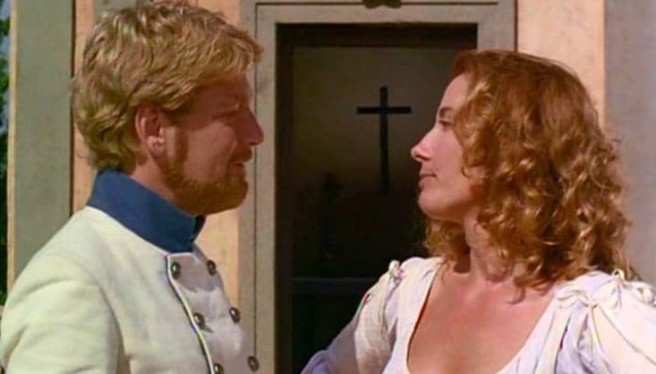 Branagh shot the movie in a lovely Italian estate filled with very happy people. The clothes and props suggest a non-specific past. Whedon strips his visuals down to the bare essentials. Everyone wears modern clothes and uses smartphones. Whedon shot the film in black and white, mostly in his Southern California mansion. The lack of spectacle encourages us to concentrate on the language, actors, story, and the verbal and visual comedy.

Branagh cast himself as Benedick, and his-then wife Emma Thompson as Beatrice. Whedon, on the other hand, cast Alexis Denisof and Amy Acker as Benedick and Beatrice. Acker does a wonderfully physical job as Beatrice, listening in on a conversation that she thinks she’s not supposed to hear. She hides behind everything that might be in the kitchen and even falls down a staircase. Alexis Denisof’s Benedick shows off his healthy body while trying to be matter of fact. 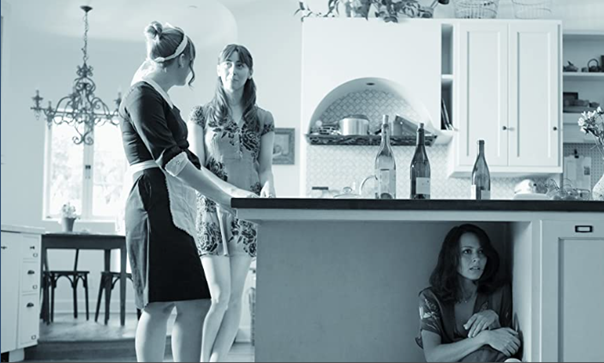 And that brings us to one of Shakespeare’s greatest clowns: Dogberry. He’s a bureaucrat, a policeman, a judge, and an idiot. He believes he’s very important. Yet he saves the day…without really understanding how. More than anything else, the very different performances of Dogberry in these two films show that Whedon knew better about comedy.

In the Branagh version, Michael Keaton’s Dogberry is awful. He chews the scenery. He doesn’t seem to be a human being. He pretends he’s on a horse as if he’s in Monty Python and the Holy Grail. Whenever he’s on screen, it’s like squeaking fingernails on a chalkboard.

Whedon found a brilliant Dogberry in Nathan Fillion (the star of Whedon’s Serenity). He’s mostly calm, and usually wrong. He wears two gun holsters and a suit that’s a little too small – as if he recently gained a few pounds. He’s human, and hilarious. 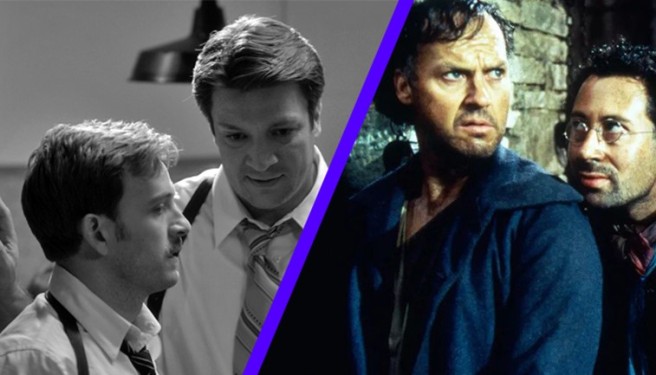 Both the Whedon and Branagh Much Ado versions are worth watching. But if you can only watch one of these, pick the one in black and white.

By the way, there’s another Much Ado About Nothing coming in theaters soon. It’s a video recording of a stage performance from the National Theatre Live. I don’t know much about it.

One thought on “Much Ado About Shakespeare’s Comedy”