You may have noticed that I didn’t post much, lately. Well, I hope you noticed. Anyway, I’ve been busy with other things. Nevertheless, I found several worth-watching vintage films that will play in Bay Area theaters this week.

North by Northwest: A glib advertising man (Cary Grant) becomes the victim of mistaken identity in Alfred Hitchcock’s most entertaining thriller. Foreign spies want to kill him, while the police want to arrest him for a murder he didn’t commit. Clever dialog mixes with the thrills. Read my A+ appreciation.
Notorious: A scandal-ridden Ingrid Bergman proves her patriotism by seducing and marrying Claude Rains’ Nazi industrialist. And all the while, true love Cary Grant grimly watches. Sexy, romantic, thought-provoking, and scary enough to shorten your fingernails. Read my Blu-ray Review.

Henry Hill was just another crook working for the mafia, until he went too far. Martin Scorsese’s brilliant retelling of Hill’s life follows him from his enthusiastic, adolescent leap into crime until, 25 years later, he rats on long-time friends to save his own neck (no, that isn’t a spoiler). Liotta narrates most of the film as Hill, who clearly loved his life as a “wise guy.” But while the narration romanticizes the life of crime, Scorsese’s camera shows us the ugly reality. Goodfellas is dazzling filmmaking and incredible storytelling. Read my A+ essay.

Robert Altman’s unusual musical follows a lot of characters. Lily Tomlin plays a devoted wife, mother, and Christian. Laugh-In veteran Henry Gibson plays a right-wing singer. Keith Carradine plays a singer/songwriter who enjoys being irresistible to women. They all have overlapping connections to each other – as they go about their business in country music’s hometown. Running 160 minutes, Altman shows us famous singers, obscure singers, one horrible singer, businessmen, groupies, hangers-on, and even a politician whom we never actually see. Altman put together a great cast that gave everyone a chance to show off their acting and singing chops. Read my Blu-ray review. 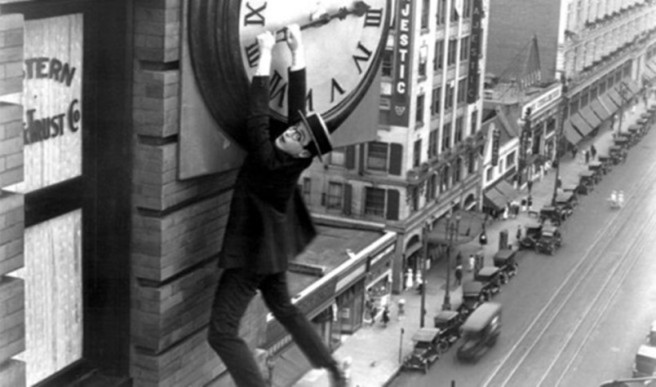 With the Laurel and Hardy short, Two Tars. Not even Alfred Hitchcock mastered the delicate balance between comedy and suspense like Harold Lloyd. In the first two thirds of Lloyd’s third feature, Harold struggles with a lousy job while keeping up the lie that he’s a successful executive. That setup makes an excellent comic situation. But in the final third, where Harold climbs a skyscraper, the laughs and thrills create a masterpiece. Read my Blu-ray review. With organ accompaniment by Dennis James. 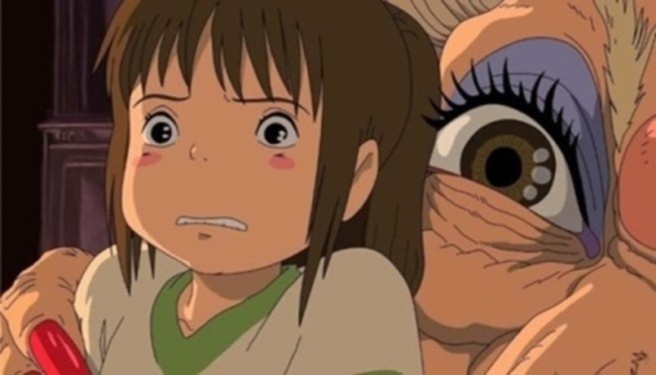 Dubbed. Hayao Miyazaki’s masterpiece is a beautiful, complex, and occasionally scary tale of a young girl cast into a strange and magical world. The intriguing and imaginative creatures, not to mention the moral dilemmas, are beyond anything that Dorothy ever had to deal with in Oz. A truly amazing work of animation. 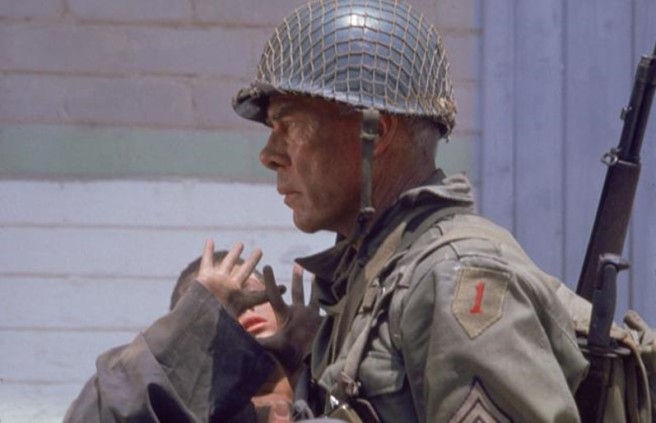 Samuel Fuller wanted to make this film throughout most of his career. He finally got the chance when Hollywood thought he was considered a has-been. Based on his own experiences as a World War II grunt, Fuller shows us the sense of going months and even years expecting instant death at any moment. You can see why his war movies (all of which could reasonably be described as anti-war movies) deliver such a strong wallop. The last film in the series From the Front Page to the Front Lines: The Essential Sam Fuller.

Two men, best of friends, fall in love with the same wild woman, yet swear they will remain buddies. Over a couple of decades, they mostly succeed–even though they fight on opposite sides during World War I. Oskar Werner and Henri Serre play the title roles, but the movie really belongs to Jeanne Moreau, who plays the beautiful, impulsive, and unpredictable siren who captures their hearts and isn’t sure of her own. François Truffaut’s third feature washes the audience with a sense of romantic fatalism.

Fantasy and reality merge in Luis Buñuel’s extremely pointed comedy. The movie follows the problems of several very wealthy friends who seem to have very bad luck. How bad? It seems impossible for any of them to simply sit down at the dining table and eat a meal. This strange movie won the Best Foreign Language Film Oscar.

How do you review a movie when it keeps changing? The original version, an adaptation of Conrad’s Heart of Darkness set in the Vietnam war, is brilliant. Well, at least until Martin Sheen reaches his destination and the whole movie collapses under its (and Marlon Brando’s) weight. I give that version an A-. Since then, Coppola has recut the film twice. The second cut, Apocalypse Now Redux, made everything worse. I give it a B. Apocalypse Now: Final Cut is better than Redux, but it’s still not as good as the original.

With the Bawdy Caste Live Shadow Cast! This is in no way, shape, or form a great movie. It’s cheaply shot. The songs, while catchy, are hardly great rock. The characters are broad clichés, and the plot is almost non-existent. But it’s a crazy, funny, absurd celebration of everything sexual, with Tim Curry carrying the movie as a cross-dressing mad scientist. Also starring a very young Susan Sarandon. Read my report.

35mm! Alfred Hitchcock’s only out-and-out fantasy has some great sequences. The scene where Tippi Hedren calmly sits and smokes while crows gather on playground equipment behind her, and the following attack on the children, are classics. The lovely Bodega Bay location adds atmosphere and local color, and many of the special effects were way ahead of their time. But the story is weak, the ending unsatisfactory, and lovely scenery plays side-by-side with obvious soundstage mockups. Worse yet, new-comer Hedren doesn’t provide a single believable moment. She’s beautiful, but utterly lacking in acting talent or charisma.