Here are four films that will screen at this year’s SFFilm Festival. Three of them are documentaries. My next set of previews will have more fiction films.

I’m listing the films from best to worst – although none are really bad.

A American Justice on Trial 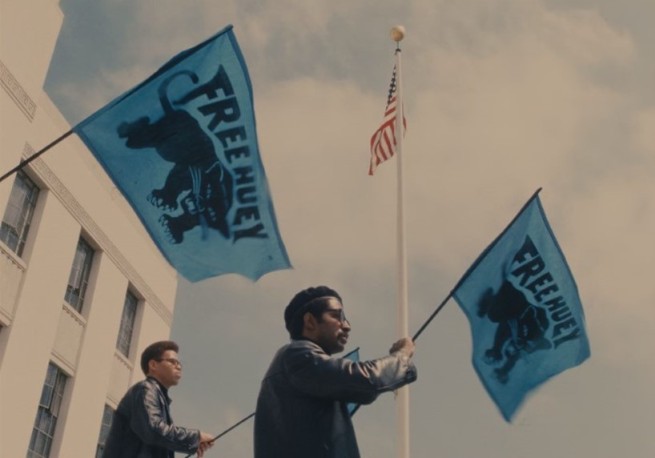 Director Andrew Abrahams made an incisive, short, and powerful documentary about Oakland, Huey Newton, and the Black Panthers. But mostly it’s about Newton’s trial for killing a policeman in 1968. Abrahams sets the scene with how Oakland created a ghetto through police pressure during World War II. The filmmakers keep old footage to the minimum and use modern technology to turn courtroom illustrations into a sort of 3D animation – and does it well.

I was told that the version of the film I saw was unfinished, but it looked quite polished to me.

This documentary is only 40 minutes long, which puts it into the festival’s Mid-Length Film category: films that are too short to be features but too long to be shorts. To make the ticket worth buying, American Justice will be preceded by two shorts: Men Who Talk and For Love and Legacy. I have not seen either. 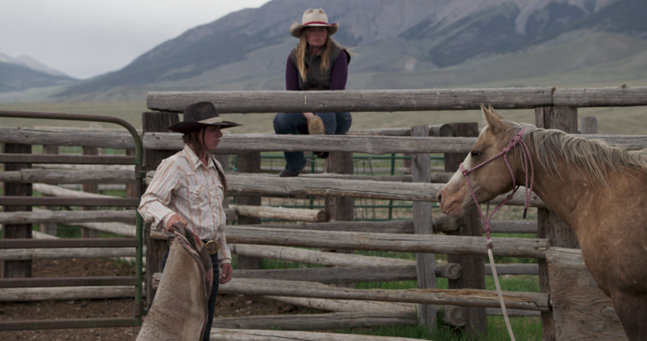 Yes, there are still real cowgirls. Hollyn and Colie travel through the least populated of the American West, doing seasonal, temporary work – mostly herding cattle. And these women know what they’re doing. Bitterbrush is worth watching just for the scenery, with majestic mountains, beautiful valleys, springtime flowers, and prairies covered with snow. But the real joy comes from getting to know these young women, along with their dogs and the horses.

B+ Land of Gold 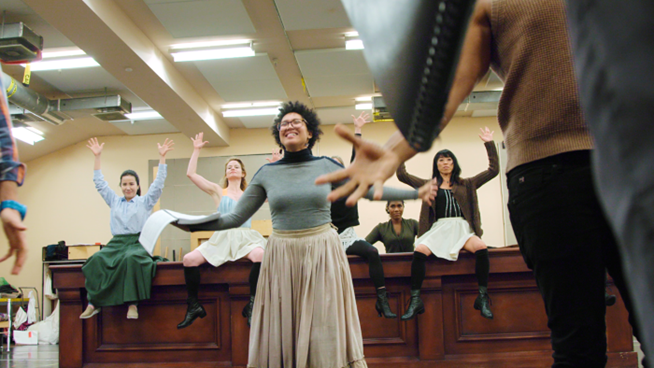 The horrors of the California Gold Rush, and the pleasurable work of creating a new opera, come together in this enjoyable documentary. In 2017, composer John Adams and librettist/director Peter Sellars created the opera Girls of the Golden West. At times, the film is a history lesson of early California. At other times, you discover how a new piece of musical theater gets created. Much as I enjoyed the film, I would have preferred watching the opera; or even more, a movie about the gold rush. 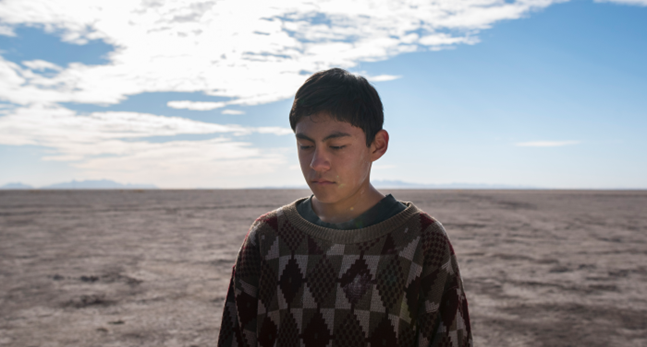 Hatzin, who seems to be in early adolescence, travels alone to collect the remains of his father–it appears as if they were found in a mass grave. But instead of coming home, he jumps in with Mario, who at first seems to be a generous and kindly man. But Mario is a terrifyingly horrible person. He runs a sweatshop and is willing to commit murder for money. But Hatzin Navarrete plays the young Hatzin as a cypher. We never get to understand why the youth didn’t simply take the remains and go home.