I was planning to open this article by writing about why I didn’t watch this year’s Oscar show. But Will Smith’s slap stole the show. If you didn’t watch it, here it is. 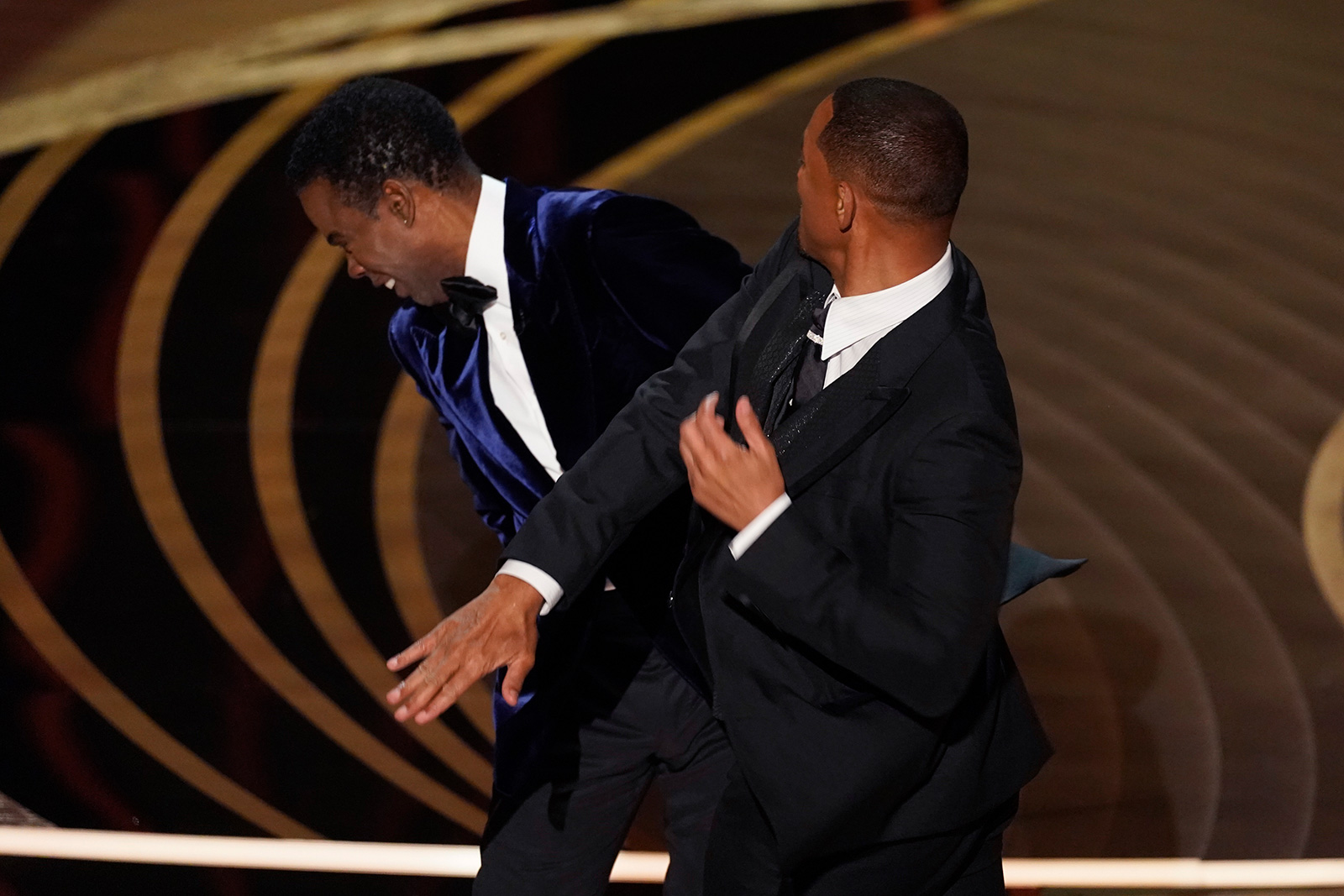 As I write this, I don’t know if Smith will have to return his Best Actor Oscar. Benedict Cumberbatch gave a better performance, anyway. It’s interesting that Smith apologized to the Academy, but not to Chris Rock – the man who was slapped.

Okay, here’s how I intended to open this post:

My oldest memory of watching the Oscars was in 1963 (I was eight). I probably missed less than five Oscar ceremonies since then, mostly because I had something else that I had to do.

But in recent years, the Academy has moved more awards out of the television show. First, they took away the lifetime achievement awards – which was one of my favorite parts of the show. And now, eight awards have been dropped from the program. The Academy gives them their statues, but not on TV. It’s an insult for the production designers, sound mixers, film editors, makeup experts, hair stylers, and music composers, along with those who make short films, whether documentaries, live action, or animated. These people should get their moment in the spotlight.

Now my thoughts on the winners:

I saw this terrific film in August, loved it, and then forgot about it. My wife had to remind me that I had seen it. I was hoping for Don’t Look Up to win, but I’m perfectly happy that CODA won.

Best Actor – Will Smith: I’ve already said above what I think about Will Smith’s acting and his acting out.

Best Actress – Jessica Chastain: I’ve seen only two of the five nominees, and neither of those two won. The ones I saw – Nicole Kidman and Penélope Cruz – were both excellent.

Best Director – Jane Campion: This was a surprise – and not about the quality of the film. But Campion wasn’t even nominated for Best Picture. Nevertheless, I think Campion earned this statue, but I would say the same about Steven Spielberg.

The Power of the Dog

Best Documentary Feature – Summer of Soul: I seem to be the only person in the world who didn’t love this film. My favorite documentary was Ascension.

I’m glad that Dune, the worst Best Picture nominee by a mile, lost all the major awards. But it sure won a lot of others: Visual Effects, Original Score, Cinematography, Film Editing, Production Design, and Sound. The filmmakers who made Dune deserve their Oscars. They also deserve their moment on TV, even if the Academy doesn’t think so.