We’ve got two worthwhile new documentaries about race and gender in theaters this week. And for vintage cinema, you can go to a movie theater and see classics from Hitchcock, Coppola, Miyazaki, Poitier, Bogdanovich, and Van Peebles.

I’ve added a new section: Films of historical interest. These pictures aren’t all that good, but are worth watching for other reasons.

San Francisco’s Embarcadero Center is now closed. According to a Chronicle article written by G. Allen Johnson, “A longtime publicist who books events at the theater said they were not able to schedule events past Thursday because the theater is closing. A theater employee, who was not authorized to speak on the record, also confirmed the theater will not reopen Friday.” The Opera Plaza is now the only Landmark theater running in The City.

A Who We Are – A Chronicle of Racism in America (2022), Elmwood, Rafael, opens Friday 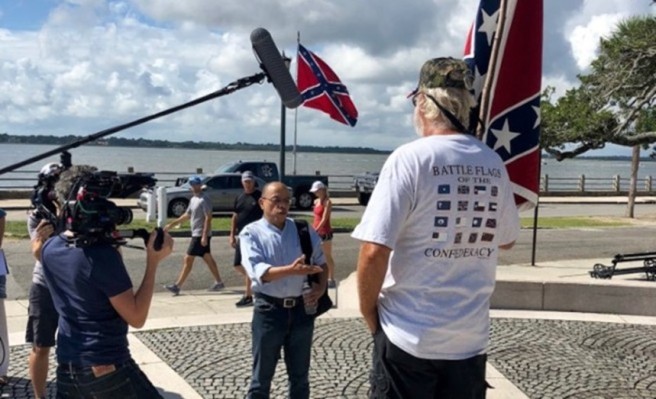 Jeffery Robinson’s powerful documentary should be shown in every school in America. It’s spellbinding despite that about half the film is Robinson giving a lecture, making his points with the polish of the top barrister he is. He takes us through African-American history, showing us statistics, quotes from the Constitution, and a newspaper advertisement for a runaway slave – written and posted by Andrew Jackson. When the doc goes outside, Robinson shows us a lynching tree, monuments that really should be torn down, and a road that covers the bodies of a massacre. And yet, he never puts down White Americans as a group. Read my full review. 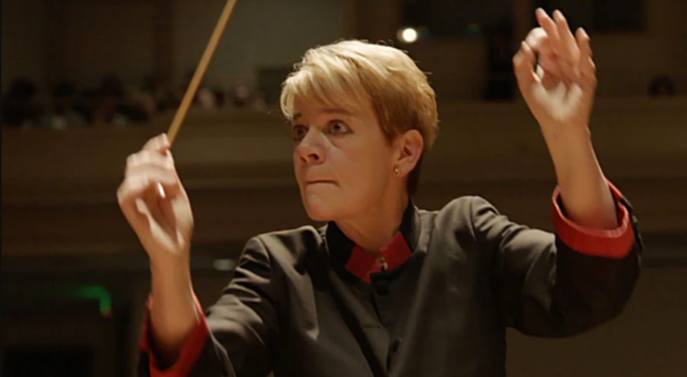 Director Bernadette Wegenstein in person Sunday, at the Rafael! A music teacher once told young Marin Alsop that only men could conduct orchestras. When her musician father heard that, he gave her a set of batons. She eventually became the first woman to helm a major symphony orchestra. Filmmaker Bernadette Wegenstein follows Alsop through her current work, along with older clips and photo stills, including some with her mentor, Leonard Bernstein. Alsop comes off as a very likable yet determined person. If nothing else, the film is filled with beautiful music.

A+ Rear Window (1954), Vogue, various screenings through the week 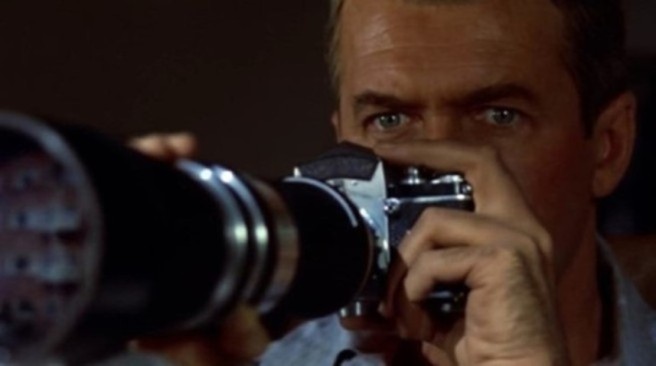 Alfred Hitchcock at his absolute best! James Stewart is riveting as a news photographer temporarily confined to his apartment and a wheelchair, amusing himself by spying on his neighbors (none of whom he knows) and guessing at the details of their lives. Then he begins to suspect that one of them committed murder. As he and his girlfriend (Grace Kelly) investigate, it slowly dawns on us – but not on them – that they’re getting into some pretty dangerous territory. Hitchcock uses this story to examine voyeurism, urban alienation, and the institution of marriage, as well as treating his audience to a great entertainment. Read my A+ Appreciation. 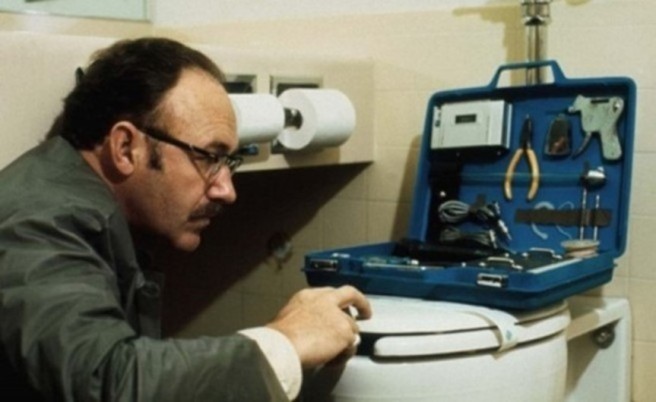 Francis Coppola’s low-budget “personal” film, made between Godfathers I and II, is almost as good as the two epics that sandwich it. The Conversation concerns a professional snoop (Gene Hackman) who bugs peoples’ private conversations for a living. Remote and lonely, his emotional armor begins to crack when he suspects that his work could lead to murder. Walter Murch’s ground-breaking sound mix exposes us to layers of meaning within the titular recorded discussion as we hear it over and over again. 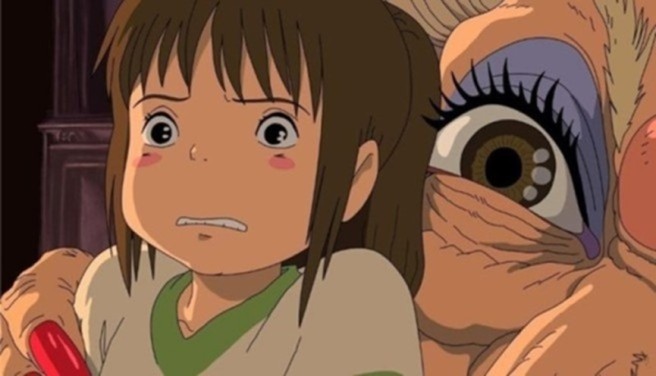 Hayao Miyazaki’s masterpiece is a beautiful, complex, and occasionally scary tale of a young girl cast into a strange and magical world. The intriguing and imaginative creatures, not to mention the moral dilemmas, are beyond anything that Dorothy ever had to deal with in Oz. A truly amazing work of animation. 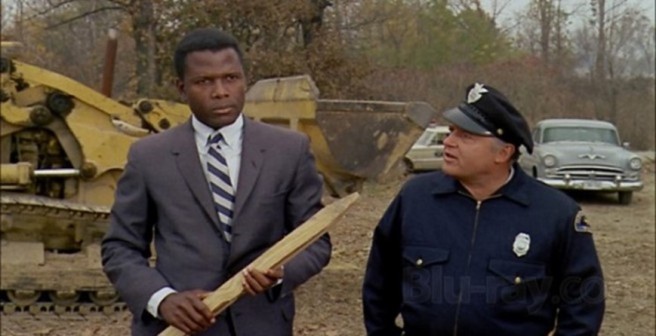 The Best Picture winner of 1967 is one really good noir. You already know the story. A brilliant, African American homicide detective from Philadelphia (Sidney Poitier) finds himself in a small, redneck town in Mississippi when an important member of the community has just been murdered. Rod Steiger plays the bigoted sheriff who slowly realizes that this Black man is much smarter than him. Warren Oates plays an almost comic figure as a not-too-smart cop. Written by Stirling Silliphant and directed by Norman Jewison. Haskell Wexler’s unique cinematography (for its time) helped change the way color films looked. 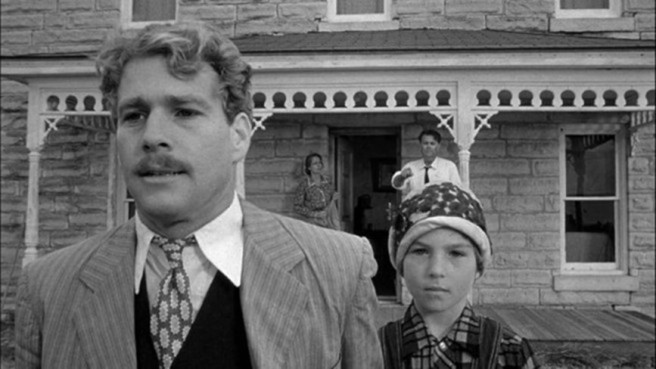 16mm. In the first half of the 1970s, Peter Bogdanovich seemed to make one good film after another – each different from the others. While Paper Moon isn’t up to The Last Picture Show or What’s Up Doc, it’s still a fine entertainment. Set during the depression and the dust bowl, the movie successfully mixes comedy and pathos. Ryan O’Neal plays a conman who may or may not be (but probably is) the father of a young girl (O’Neal’s real-life daughter, Tatum). The young child turns out to be a far better con artist than anyone around her. László Kovács’ black and white photography recreates the Kansas of the early 30s (or at least how we imagine it).

B- The Birds (1963), Vogue, various screenings through the week 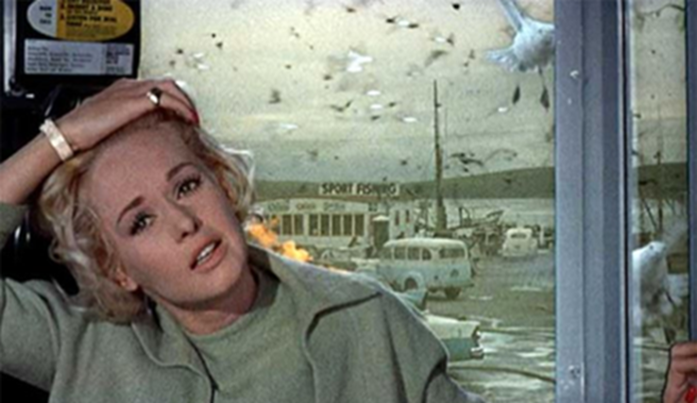 Alfred Hitchcock’s only out-and-out fantasy has some great sequences. The scene where Tippi Hedren calmly sits and smokes while crows gather on playground equipment, and the following attack on the children, are classics. The lovely Bodega Bay location adds atmosphere and local color, and many of the special effects were way ahead of their time. But the story is weak, the ending unsatisfactory, and lovely scenery plays side-by-side with obvious soundstage mockups. Worse yet, new-comer Hedren doesn’t provide a single believable moment. She’s beautiful, but utterly lacking in acting talent or charisma. 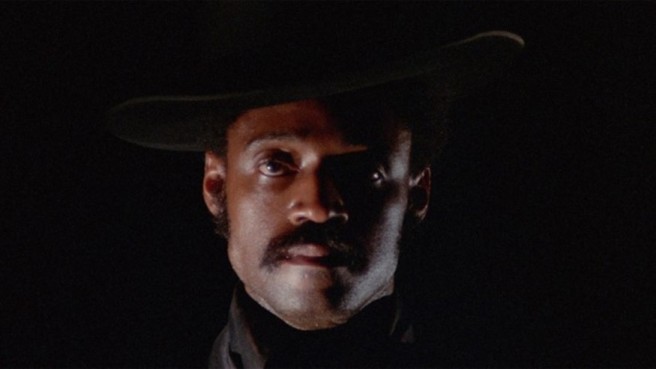 When Melvin Van Peebles’ independent motion picture exploded into theaters, with praise from the Black Panthers, it changed movies forever. It was daring and political in its time, but it’s amateurishly shot, poorly edited, and badly acted (especially by Van Peebles, who starred as well as writing, directing, producing, and editing the film). The story becomes repetitious, and thus boring. The story, little more than a chase, becomes repetitious, and thus boring. Sweetback (Van Peebles) performs in live sex shows until he sees two cops beating up a black militant. He reacts by attacking the cops. The rest of the film has him on the run. You can read my longer discussion.