What would you want to see this week Bay Area cinema? Would you pick a Julia Child documentary or a Quentin Tarantino marathon? Would you pick medieval Japan or 20th century France? And who would better clean up San Francisco – Steve McQueen or Clint Eastwood? And then there’s the great movie that destroyed Michael Powell’s career. 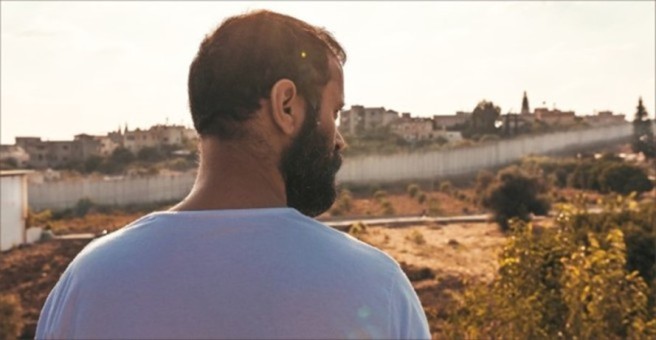 Mustafa deeply loves his family. So, when his son is seriously injured, Mustafa must get to the hospital no matter what. But that’s not easy. His son is only 200 meters away, but the Israel/West Bank border wall separates father and son. Desperate to get to his child’s bed, he must get involved with not-so-reliable smugglers, a German tourist who thinks she’s a filmmaker, and some very frightening people. And through it all, Mustafa’s love for his family warms the film. Part of the Arab Film Festival.

The New Parkway will screen nine Quentin Tarantino movies Friday through Sunday. Here are the films and times:

Landmark’s Opera Plaza opens today. From Friday through Sunday, they’ll be showing two documentaries not yet open – Hive and Kurt Vonnegut: Unstuck In Time. They’re also screening two classic San Francisco policers, Dirty Harry and Bullitt. I write more about Bullitt below. I have no idea what they’ll be showing on weekdays.

The museum will be streaming some very old movies starring the mostly forgotten Mary Fuller, along with a discussion. There’s the 1911 melodrama called A Stage Romance. They’re also presenting two episodes of the very first serial, What Happened to Mary. Film collector Michael Aus will present the films. Also, a virtual birthday party for Diana Serra Cary, once famous as Baby Peggy. When she died last year at 101, she was the last living silent film performer. 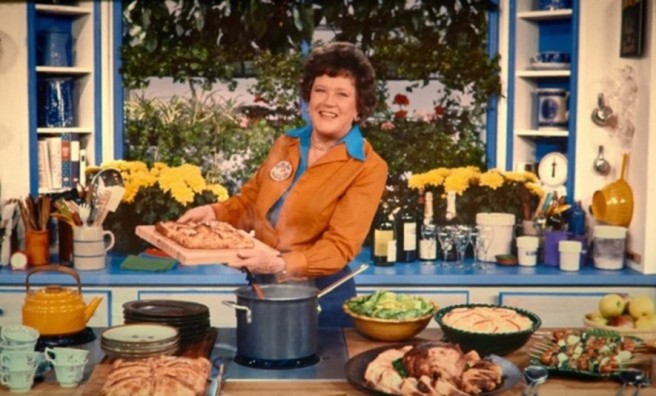 I didn’t really want to watch or review this documentary about Julia Child. Surprisingly, I’m glad I did. As Child’s life story unrolled, I got caught up in it. This isn’t for the most part a story of struggle and sadness, but of joy and happiness…including what seems to have been a very good marriage. Much of the film is made of scenes from her various television shows (and, of course, Dan Aykroyd’s hilarious and bloody SNL sketch). I came in assuming that I was going to hate the movie. But for the most part, I was wrong. Read my full review.

Strict laws, a cruel class system, and rigid gender roles makes life a living hell in Kenji Mizoguchi’s stunning drama set in medieval Japan. The wealthy owner of a printing house, through a series of errors and petty refusals, comes to believe that his faithful wife is having an affair with an employee. In a society that punishes adultery with crucifixion, their only choice is to flee, and there’s no place to go. Part of the series Kazuo Miyagawa: Cinematographer and Visual Stylist. 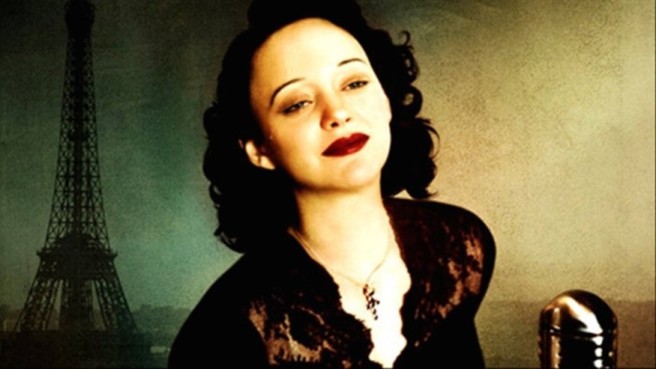 Early in this Edith Piaf biopic, a hunched, aged-before-her-time Piaf walks up to a recording studio microphone. She looks bored and mildly annoyed. When she starts singing in that incredible voice, she still looks bored and annoyed, her facial expression contrasting sharply with her soaring vocals. I knew then that La Vie En Rose wasn’t going to be a happy film about the redemption of art. Marion Cotillard’s phenomenal performance makes the film glow.

Age hasn’t been altogether kind to this once cutting-edge police thriller. But it has its pleasures, especially Steve McQueen’s exceptionally cool charisma and the best car chase ever shot on the streets of San Francisco. To my knowledge, McQueen’s single use of the word bullshit marks the first time that word was heard in a Hollywood movie.

A serial killer is terrifying London, but this movie isn’t about catching the predator. It’s about the murderer – who he is and how he feels. It’s also about cinema. I haven’t seen Michael Powell’s heavy jolt of terror in a very long time, which is why I’m not giving it a grade. I suspect that if I saw it again, I’d give it an A. The film was so shocking in 1960 that it destroyed Powell’s career.