Warning: The first few minutes of Fauci, a generally optimistic documentary contains the voice and face of Tucker Carson, along with similar TV clowns. Your blood pressure may go up while people tell us that Anthony Fauci’s head belongs on a spike. But this torture is over within a few minutes. 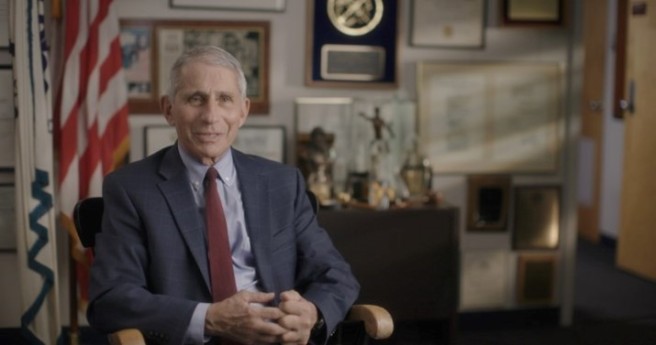 Thankfully, most of the talking comes from people who like Fauci. After all, he’s the man who helped – and still helps – all of us through this pandemic. He also helped immensely during the AIDS crisis. As the Director of the National Institute of Allergy and Infectious Diseases (NIAID), and the Chief Medical Advisor to the President, Fauci has gained rockstar celebrity. And, of course, the good doctor does quite a bit of talking to the camera, himself.

Documentary directors Hoffman and Tobias also seem to like Fauci, and Fauci seems to like them. As in almost every documentary about a controversial, living person, the film is a way to bring his message to more people. One main problem about these types of docs is that the message doesn’t really get to everyone; the people who will see this documentary are the ones who already agree with its message.

The good news is that Fauci seems to be extremely likeable. He has an engaging smile, a good sense of humor, and he accepts his mistakes. He seems to be managing his celebrity, and his notoriety, well. As he talks into the camera, he’s relaxed. He jokes about himself. He easily uses words that can still be bleeped on over-the-air television. 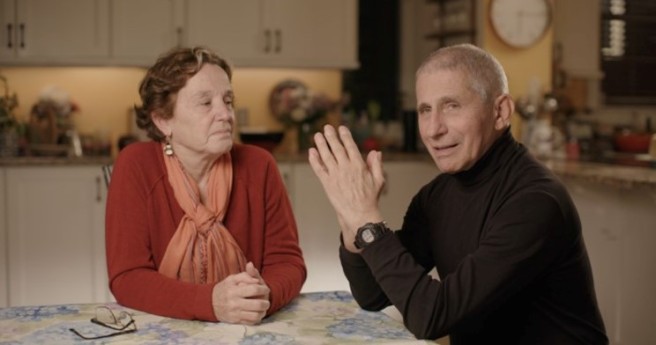 As the country’s leading research physician, working at the National Institutes of Health (NIH), Dr. Anthony Fauci has been protecting us for decades.

Which doesn’t mean that he was always right. In the early 1980’s, Fauci became a villain for the first time during the early days of the AIDS epidemic. He ignored the patients and stuck to working in laboratories while young men died. Eventually, Fauci realized that he had to work with the victims to get control of the disease.

He remembered that lesson when one single case of Ebola popped up in America. Certain that the patient could no longer spread the disease, Fauci hugged her in front of TV cameras. 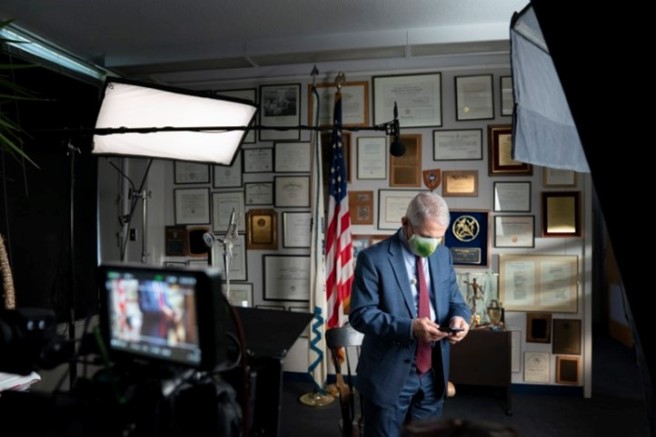 The filmmakers bring you into Fauci’s own home, where he tells us about his marriage. The film also provides the perspectives of his wife and adult daughter. With Fauci busy elsewhere most of the time, the family decided to always eat dinner together. That caused a lot of late dinners.

And yet, I just wished there was a little bit more about his faults. I’m sure he has some.

Note Updated: The version of Fauci that I saw and reviewed had an audio problem that I didn’t notice. I believe the final track would change my review. The documentary opens Friday, September 10, at the Vogue and the Elmwood. Co-director John Hoffman and interview subject Peter Staley will be in attendance for Q&A at the Vogue Sunday, after the 4:00 screening. 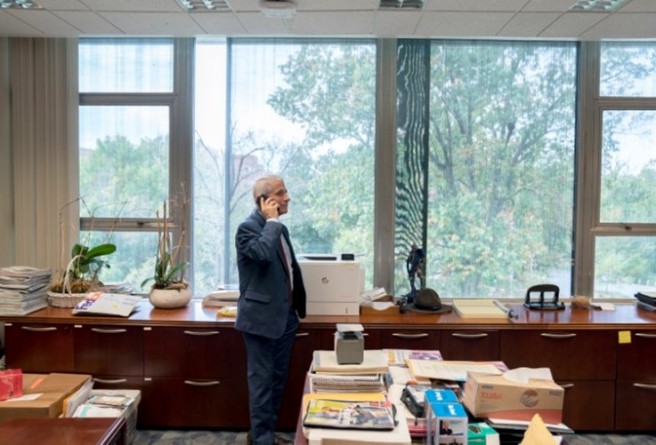 One thought on “Fauci by Fauci”