If I was king, I’d insist that theatrical features running longer than 200 minutes would be required to have intermissions. This isn’t about art. It’s about restrooms. 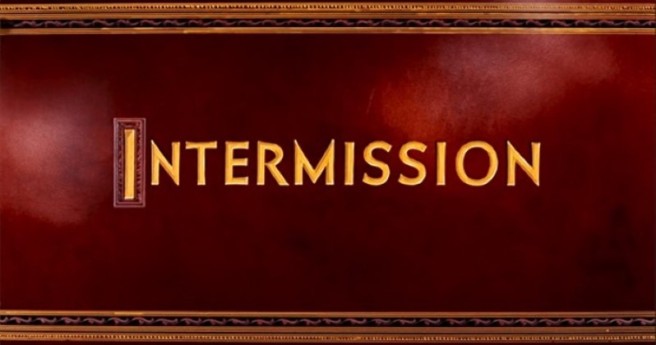 Since I’m not a monarch, I can only discuss long films with and without intermissions. But I’m skipping over the years from 1954 to 1971. I’ve already written about the era of big roadshows – when every major movie had an intermission.

When sound came around, intermissions mostly disappeared. You could run movies indefinitely. I know of only two Hollywood roadshows in the 1930’s: The Great Ziegfeld (1936, 177 minutes), and Gone with the Wind (1939, 238 minutes). 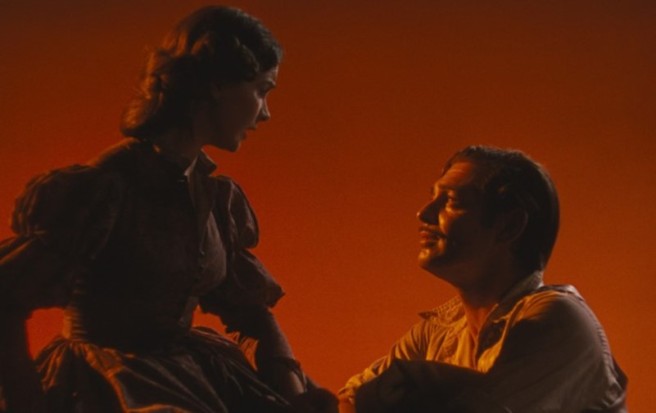 Gone with the Wind

But intermissions didn’t only come from Hollywood. As World War II came to an end, Marcel Carné released his masterpiece, Children of Paradise (1945, 189 minutes). Carné and the studio disagreed as to whether to release the epic as one long movie with an intermission or two normal-length movies shown in different theaters. That’s why the opening credits now run twice – at the beginning and after the intermission.

In the fall of 1952, Cinerama and 3D came to the big screen. For technical reasons I don’t need to explain, these formats could play only about an hour without stopping. The 3D movies were probably the shortest films with intermissions.

Since 1971, only a few theatrical films have been released with intermission. I’ll mention a few of them, along with pictures that should have had an intermission, but didn’t. I’m ignoring the silly, fake, and funny intermission in Monty Python and the Holy Grail.

The Godfather
(1972, 175 minutes): Francis Coppola wanted his mafia epic to have a break right after the restaurant scene where Michael kills two men. Studio head Robert Evans insisted that the audience had to watch it all the way through. I think Evans made the right choice.

The Godfather Part II
(1974, 202 minutes): I never saw Coppola’s sequel in first run, and when I finally saw it, the intermission was no longer in the prints. It was only when I got the Blu-ray that I discover the restored intermission. It happens after young Vito commits murder. 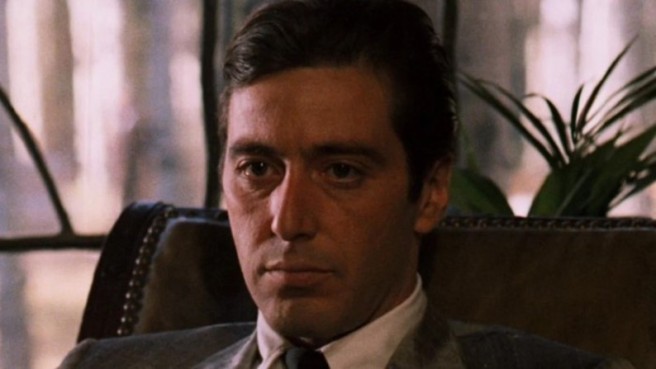 Reds (1981, 195 minutes): Warren Beatty’s epic about American Communists in the early 20th century has been largely forgotten. I remember liking it.

Gandhi (1982, 191 minutes): With its Panavision landscapes, masses of extras, and (in its original release) 70mm prints, no other big film felt like an epic from the 1960s. It even rips off Lawrence of Arabia‘s opening sequence. But Sony/Columbia made a big mistake in mastering the DVD and Blu-ray. The intermission comes in the middle of a chapter. That can be really annoying if your intermission is a long one.

Once Upon a Time in America (1984, 229 minutes). I haven’t seen Sergio Leone’s American/Jewish crime epic in a long time, so I really don’t have much to say about it.

Titanic (1997, 194 minutes): Director James Cameron insisted that his big, romantic disaster movie should only be shown in one sitting. No intermissions allowed. And yet, there’s a moment, about halfway through, that just cries out for an intermission. It’s the scene where the captain and his staff realize just how horrible the situation is.

The Hateful Eight
(2015, 187 minutes): Quentin Tarantino went out of his way to create a ’60s-like roadshow movie, with not only an intermission, but also an overture. It was shot in the large and super-wide Ultra Panavision 70 format. And yet, strangely, it was set almost entirely in one room with only eight people.

The Irishman (2019, 209 minutes): Martin Scorsese’s latest crime drama is an excellent film. But it’s insane to theatrically present a movie almost three and a half hours with no time to take a break. I truly wish that Scorsese could have found a good spot for an intermission.