A- Animated fantasy for adults
Written & directed by Dash Shaw

A couple walk through a forest. They stop to smoke some pot and make love. They find and climb over a very tall chain-link fence. They find something amazing.

Don’t be surprised; this very unusual cartoon is not about these two hippies – even if it’s set in the 1960’s. It’s a beautiful, animated feature that follows a group of heroic idealists trying to save mythological creatures, such as unicorns, gorgons, and satyrs from poachers. In the universe of Cryptozoo, most people don’t know these creatures exist. That shouldn’t be a surprise. These animals are very, very rare.

These animals desperately need help. Think of the poaching going on in Africa. Now imagine the amount of money that would be involved if a poacher could sell the head of the world’s only unicorn to some overly-rich jerk who will mount it over the fireplace.

But poachers aren’t the worst of it. Many of these creatures have dangerous powers. The Pentagon wants to use them as weapons of war.

And that’s where the film’s heroes come in…or perhaps I should say heroines. It’s almost entirely women who are trying to save the creatures. The main character, Lauren Gray (voiced by Lake Bell), is a youngish woman intent on her crusade. She’s helped by a gorgon who hides her sleeping snakes under a wig and uses contact lenses to keep from accidentally killing people. The only male on their side (sort of), is an unpredictable satyr named Gustav (Peter Stormare). Michael Cera, Zoe Kazan, Alex Karpovsky, and other well-known actors loan their voices. 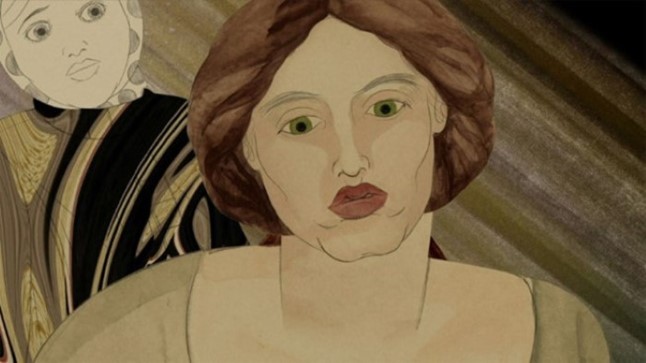 This selection of people and magical animals are trying to bring these creatures into a special zoo – the Cryptozoo of the title. Here, in theory, they can be protected. But it’s a horrible trade-off. The creatures are safe, but they’re caged. And even that isn’t a certainty with the poachers and military going after them. In order to finance the enterprise, they plan to turn the zoo into a tourist destination.

Cryptozoo is a strikingly beautiful film, made with old-fashioned, hand-drawn animation. It’s not Disney-standard, but it’s strikingly dramatic and provides astonishing visuals. The backgrounds go from realistic city streets to forests of the imagination. The drawn characters show realistic emotions. This is one film where a surround soundtrack adds considerably to the movie, with animal sounds and other effects all around you.

As I write this review, the MPAA has not rated this film. But remember that this animated film contains nudity, sex, and some very grisly violence.

Cryptozoo will open at the Embarcadero Center and the Shattuck.